You are here:
Home / Health News / Now you can send PICTURES of your genitals to an online STI checker

Better2Know, a private sexual health testing provider, offers to check the sensitive images for signs of STIs at a price of £160.

A doctor looks for rashes, lumps or blemishes around the penis or vagina, which could be a sign of herpes, genital warts, pubic lice or syphilis.

They will discuss their thoughts with the patient over the phone, but a diagnostic test, nor the treatment, is included in the hefty cost.

They fear users of the controversial service could be blackmailed, if their sensitive pictures were intercepted, or be identified and shamed online. 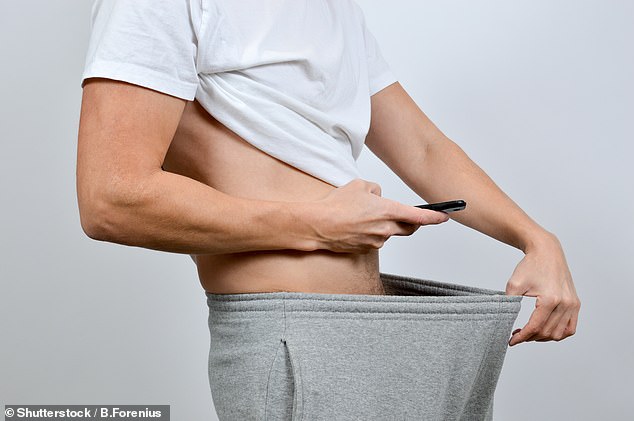 The new Better2Know STI checker was launched earlier this week for patients who are too shy to go a clinic or GP surgery about their symptoms.

First, a person must book a photo consultation over the phone or webchat and give payment before they can send a picture.

Each patient will be given a ‘unique PIN number’ to use instead of their name when sending photos over email.

However, it is not clear how their personal email address would be anonymised.

A team of sexual health advisers who monitor the inbox arrange for an experienced doctor to examine the photo. It is not clear how the image will be passed around, or how many people will see it.

The doctor then contacts the user by phone to discuss their analysis and suggest any necessary further steps, such as attending a clinic for tests.

A face-to-face consultation with a doctor at one of the hundreds of Better2Know clinics in the UK costs £50 less than the photo consultation, at £110.

Anthea Morris, co-founder of Better2Know, claimed some patients can feel anxious about getting tested for an STI, especially if it is their first time.

She added: ‘Our hope is that the photo consultation service will be the first step for many on a journey towards better sexual health.’

The service could help patients get diagnosed quicker, preventing the spread of STIs and delays in treatment which can have grave consequences.

For example, if syphilis is left untreated it can spread to the brain, eyes or internal organs. It can lead to death, in rare cases.

Chlamydia and gonorrhea, which typically cause abnormal discharge, can cause preventable pelvic inflammatory disease (PID) and infertility.

Health experts have blamed the use of dating apps for casual and unprotected sex, and a culture of shame when it comes to check-ups.

However, cyber-security experts have criticised the service, saying hackers could intercept the emails and find out who sent pictures and where they live.

James Knight, a senior principal of Digital Warfare Corp, a specialist cyber-security consulting firm for businesses, said he would not be using the latest service as means of STI testing, should he ever need to. 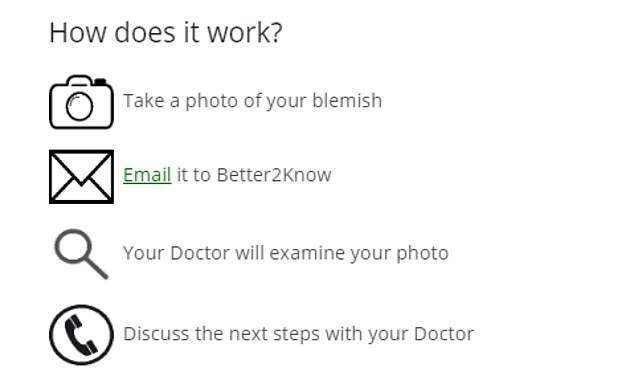 The service encourages patients to send an image of the symptoms on their genitals to a ‘private inbox’ (pictured, the website)

He told MailOnline: ‘Sending photos and health information in an email, unencrypted over the Internet is not a good idea. The data could be intercepted and viewed.

‘Then there is the metadata on the photo that may give identity away such as the GPS coordinates of your house.

Clinics are ‘struggling’ to cope with soaring numbers of STIs because dating apps are encouraging casual sex, experts have warned warned.

Cases of syphilis rose by half in Wales between 2016 and 2017, and record numbers of over-65s are getting syphilis, gonorrhoea and chlamydia in England, figures have shown.

Experts and doctors in the field have warned the fast turnaround of partners and rise in casual sex fuelled by online dating apps may be making catching an STI more likely.

And they also make it more difficult to contact past partners, who may not have mutual friends.

Dr Olwen Williams, president of the British Association of Sexual Health and HIV told the BBC in October: ‘The frequency of app hook-ups and dating apps used as a sort of medium to access sexual activity seems to have increased significantly.

‘What we can say about sexual mixing and sexual networking is that things have changed considerably.

‘We’re seeing a genuine rise in STIs. If we were just seeing an increase in testing then our figures would look slightly different, but it feels that way.

‘Certainly in my career I’ve never seen so much gonorrhoea or syphilis in my area, ever.’

‘As a cyber-security professional that understands the risks of sending data unencrypted over the Internet I would not be using this service.’

Encryption is when data is converted into secret code which only the sender and receiver have the ability to decode.

On services such as Whatsapp, encryption makes sure no one but the people in the conversation can read messages. Not even Whatsapp.

Mr Knight said: ‘If private information is sent unencrypted, it means that it could be intercepted, by hackers, and read.

‘I imagine that if the data was captured, it could be used to embarrass someone or even blackmail them.’

The most concerning part of the service is that the photos are sent via email, said Paul Bischoff, a privacy advocate at for Comparitech.com, a firm which tests and compares security services.

He told MailOnline: ‘Every responsible organisation should know better than to send sensitive information via email.

‘Private medical data should be treated with at least the same level of privacy as passwords and credit card numbers.

‘Email is generally not encrypted, so an attacker could intercept it in transit across a network.’

Javvad Malik, a security awareness advocate at KnowBe4, which gives training to companies on cyber security, said: ‘From a security and privacy perspective, a virtual photo-based STI sounds like an absolutely terrible idea.

‘When we look at breaches in recent years, they include personal details from plastic surgery clinics, dating sites, hotels, and medical centres among others.

‘We’ve seen from these how damaging it can be for impacted users whenever there has been a breach – in this case, it can range from embarrassment to blackmail and have a real impact on people’s lives.’

Better2Know said their email address is ‘secure’ and each patient will be identifiable by a PIN number that is not associated with their name.

WHAT ARE THE SYMPTOMS OF STIS?

Not all STIs have symptoms, which is why health experts recommend regular testing at a sexual health clinic or with home testing kits.

Other symptoms specific to each STI, in addition to those above, are listed below.

Chlamydia: Most people with chlamydia do not notice any symptoms and do not know they have it. Women can experience pain in the stomach, bleeding after sex and between periods. Men may have pain and swelling in the testicles.

Syphilis: The symptoms of syphilis are not always obvious. They include small, painless sores or ulcers on the genitals, anus, or other areas like the mouth, a blotchy red rash that often affects the palms of the hands or soles of the feet, small skin growths, white patches in the mouth, tiredness, headaches, joint pains, a fever and swollen glands.

Gonorrhoea: A thick green or yellow discharge from the vagina or penis, and in women, bleeding before periods. Around one in ten infected men and almost half of women don’t experience symptoms.

Trichomoniasis: In women, trich can cause soreness, swelling or itching around the vagina or thighs, pain during sex and abnormal vaginal discharge that may be thick, thin or frothy and yellow-green in colour. It may also have a fishy smell.

In men, trich can cause pain during ejaculation, needing to urinate more often, thin, white discharge from the penis or soreness, swelling and redness around the head of the penis or foreskin.

Genital warts: Causes one of more painless growth or lump around the vagina, penis or anus, itching or bleeding from your genitals or anus, and a change to your normal flow of pee (for example, sideways).

Pubic lice: Causes itching in the affected areas, especially at night, black powder in your underwear and blue spots or small spots of blood on the skin caused by lice bites.

Scabies: One of the first symptoms is intense itching, especially at night. The rash can appear anywhere, but it often starts between the fingers. The rash spreads and turns into tiny red dots. It is passed with close skin contact.

Related posts:
Tags: an can checker genitals Now of online PICTURES send STI to you your
SHARE ON SOCIAL MEDIA
RELATED NEWS