You are here:
Home / Health News / Here’s a bitter pill to swallow: Artificial sweeteners may be doing more harm than good

Here’s a bitter pill to swallow: Artificial sweeteners may be doing more harm than good 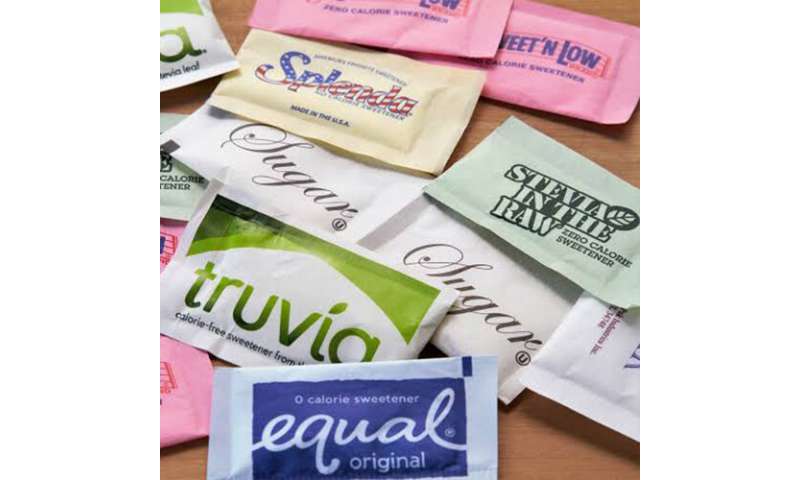 A $2.2 billion industry to help people lose weight through artificial sweeteners may be contributing to type 2 diabetes, according to researchers from the University of South Australia.

A recently published review led by UniSA Professor Peter Clifton reveals that people who use low-calorie sweeteners (LCS) are more likely to gain weight, the exact opposite of what consumers expect.

This is despite controlled clinical trials showing that artificial sweeteners do lead to weight loss.

Low calorie sweeteners are used in place of sucrose, glucose and fructose. They have an intense sweet flavour without the calories, but recent studies have highlighted potential adverse health effects.

Prof Clifton says a US study of 5,158 adults over a seven-year period found that those who consumed large quantities of artificial sweeteners gained more weight than non-users.

“Consumers of artificial sweeteners do not reduce their overall intake of sugar. They use both sugar and low-calorie sweeteners and may psychologically feel they can indulge in their favourite foods.

“Artificial sweeteners also change the gut bacteria which may lead to weight gain and risk of type 2 diabetes,” he says.

Artificially sweetened beverages (ASB) are also linked with increased risks of death and cardiovascular disease, and strokes and dementia among older people, but it is not clear why.

Prof Clifton cites 13 studies which investigated the effects of ASB intake on the risk of type 2 diabetes, all of which found either no link or a positive one. One study found that substituting ASB for sugar-sweetened beverages or fruit juices was associated with a 5-7 per cent lower risk of type 2 diabetes.