You are here:
Home / Health News / Want to make a new year’s resolution permanent? There are ways to train your brain

Want to make a new year’s resolution permanent? There are ways to train your brain

The discarded financial savings plan, the series of lapsed diets, the exercise regimen that starts with a bang and ends just as abruptly … Most of us have very little trouble beginning the process of kicking a bad habit, but sticking to the repetitive and tedious routines that replace our old vices can be as dull as it comes.

As Barbara Mullan, of the School of Psychology at Curtin University in WA, points out with refreshing bluntness, bad habits are much more enjoyable than healthy ones. 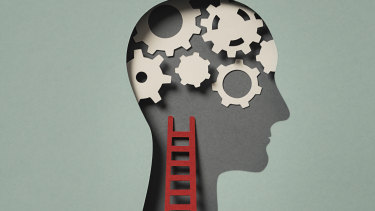 Barbara Mullan: “Thinking is exhausting, so make the habit as automatic as possible.”Credit:Stocksy

And breaking bad habits takes time. As a landmark study published in the European Journal of Social Psychology noted, it takes an average of 66 days for a healthy resolution to become habit.

“Most of us realise how important great habits are, but you need to also realise they don’t get formed as quickly as pop psychology will tell you, so patience is needed,” Mullan says.

“And even if you fall off the wagon with your new regime, it doesn’t mean you need to go back to square one. That’s because, even if you haven’t done an activity for three months, there seems to be retained learning.”

Laura Banks, a neuro-linguistic programming practitioner and life coach, says understanding the way the brain perceives habits will help you form better ones. “The minute you decide you want to change a habit, you have two parts of the brain battling each other: the prefrontal cortex, which is telling you not to do something unhealthy, and the reptilian part of your brain that
thinks it needs this habit to survive.”

However, our brains respond well to repetition and clear direction, so it’s important to change the way we speak about, and identify with, new and old habits. “For example,” says Banks, “you can start referring to binging on booze or junk food as simply a thing of the past, rather than saying you have a weakness for it.”

Another technique, says Mullan, is to make the new habit as ingrained in your life as possible. In other words, don’t rely on just thinking about going for a run, as there is every chance you will talk yourself out of it. “Thinking is exhausting, so make the habit as automatic as possible,” she says.

One way to do this is via emotional or physical cues in your environment. “So after you load the dishwasher, you automatically make a healthy packed lunch for the next day,” Mullan says. “That becomes part of your routine.”

But don’t we need a grand purpose or central motivation to make a habit stick? Not as much as you may think. “Most of the research says that for the more complicated goals there will have to be an element of purpose, especially in the beginning, but, over time, the new habit works because it becomes part of your routine,” Mullan says.

You may also argue that you have less will power than others, but Mullan says this is an unreliable motivator. “Some people have strong will power, but the majority of us don’t. If you’re tired or sad, then all the will power in the world won’t matter; you will end up falling into those bad habits anyway.”

If your enthusiasm starts waning after a few weeks, Banks recommends trying some visualisation techniques used by elite athletes to improve their chance of success. “If we can imagine ourselves as the person we need to be to participate in the new habit, and imagine what it feels like to be that person living that life, our brain is starting to form new neural pathways and ingrain certain habits,” Banks says.

“It comes down to what you choose to think about. Visualisation is powerful because the brain in this state experiences these events, whether they’re real or imagined.”

This article appears in Sunday Life magazine within the Sun-Herald and the Sunday Age on sale January 19.