You are here:
Home / Health News / How stress and loneliness can make you more likely to get COVID-19 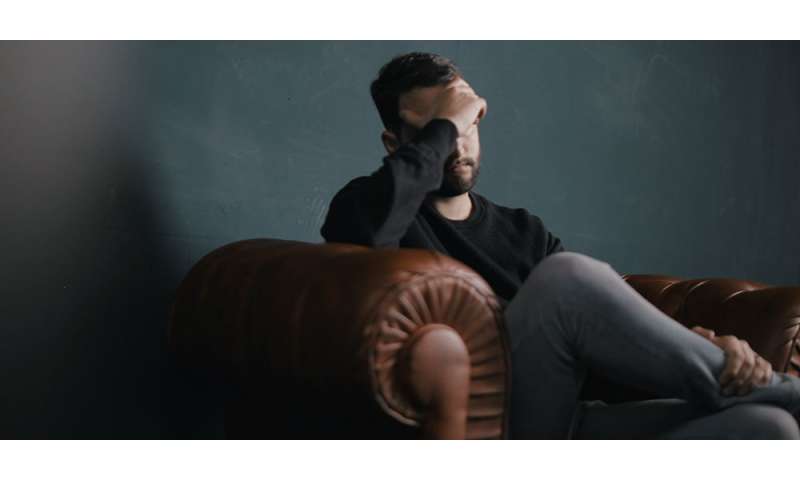 What do stress, loneliness and lack of sleep have in common? They are all factors that can weaken your immune system and make you more susceptible to COVID-19, according to Rice University’s Christopher Fagundes, an associate professor in the department of psychological sciences who studies the link between mental and immune health.

Fagundes is available to discuss this timely topic as people across the world are socially distancing themselves from others and face stress and uncertainty.

“In my field, we have conducted a lot of work to look at what predicts who gets colds and different forms of respiratory illnesses, and who is more susceptible to getting sick,” Fagundes said. “We’ve found that stress, loneliness and lack of sleep are three factors that can seriously compromise aspects of the immune system that make people more susceptible to viruses if exposed. Also, stress, loneliness and disrupted sleep promote other aspects of the immune system responsible for the production of proinflammatory cytokines to over-respond. Elevated proinflammatory cytokine production can generate sustained upper respiratory infection symptoms.”

And while this previous research has centered on different cold and upper respiratory viruses, he said “there is no doubt” that these effects would be the same for COVID-19.

Previous studies have indicated that healthy, nonimmunocompromised people who spend less time around others and are exposed to the cold virus are significantly more likely to get sick and experience worse symptoms than those people who get out and socialize.

Fagundes said this can be explained by the way positive emotions buffer against stressors and evoke a favorable immune response, even while extroverted individuals are more likely to be around more people, possibly those who are carrying germs that could make them sick.

It’s an interesting paradox during the global COVID-19 pandemic, Fagundes said, when people are strongly encouraged and in some places required to stay at home to prevent the further spread of the virus.

Another major factor that impacts immune health is sleep deprivation, Fagundes said, which he noted has been demonstrated over and over in previous study of the topic.

“The overwhelming consensus in the field is that people who do not consistently get a good night’s sleep—7-9 hours for adults, with variation on what is optimal—makes a person more likely to get sick,” he said.

Fagundes said that although alcohol use, certain jobs and other factors make some people more likely to have poor sleep, psychological stress has a tremendous impact on a person’s quality of sleep.

“It’s important also to note that when we talk about stress, we mean chronic stress taking place over several weeks, not a single stressful incident or a few days of stress,” Fagundes said. “An isolated stressful incident does not seem to make a person more susceptible to a cold or the flu.”

However, even absent of poor sleep, chronic stress alone is disruptive enough to the immune system to make people more likely to get sick, Fagundes said.

“Without question, previous work on this topic clearly demonstrates that chronic stress affects our immune system in a way that makes us more susceptible to viruses and colds,” he said. “Just think about college students who get sick after weeks of stress while studying for a big exam.”

Fagundes said the best ways to mitigate the harmful health effects of loneliness and stress during the COVID-19 pandemic are to stay connected with others through communication, particularly video calls.

“There is some evidence that it may be better to video conference versus having a regular phone call to reduce feelings of isolation,” he said. “There’s something about chatting with people and having them visually ‘with’ you that seems to be more of a buffer against loneliness.”

Fagundes also noted that it is important to keep a routine during stressful times.

“This will regulate your sleep and allow you to focus on immediate goals and plans,” he said. “In turn, you will overthink things less and feel more accomplished.”

And if you find yourself worrying nonstop about the situation, it can be helpful to set aside specific “worry times,” Fagundes said.

“People often worry and overthink things because their brain is telling them there is something to solve,” he said. “However, it can be counterproductive after a while. A good technique is to set aside 15 minutes a day where you allow yourself to worry, preferably with a pen and paper. After that, you aren’t allowed to think about the issue for the rest of the day.”

Fagundes said it is also sometimes helpful for people to identify inaccurate thoughts that reinforce negative thinking and emotions.

Related posts:
Tags: and can COVID-19 get How likely loneliness make more stress to you
SHARE ON SOCIAL MEDIA
RELATED NEWS