You are here:
Home / Health News / Not just decluttering: How to make minimalism work better for you

Not just decluttering: How to make minimalism work better for you

Minimalism, originally used to describe mid-century art, has grown to become much more than simple decluttering, or a design aesthetic. It’s now becoming one of the defining virtues of our age, with dozens of books and blogs guiding us on how to live with less. 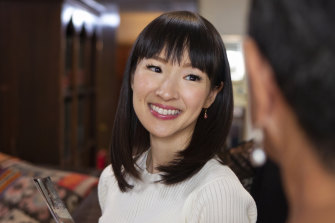 Chayka, who has just written a book, The Longing For Less: Living With Minimalism, says one reason we crave minimalism right now is down to over-stimulation. “We get so much imagery and information from our iPhones,” Chayka says. “Why would we want our interiors to be complicated as well?”

Another reason has to do with a type of collective malaise.“We feel disconnected from our surroundings and from traditional sources of meaning in our lives, or our identities,” he says. A big home, for example, no longer carries the same status it used to and now just means you were born at the right time to be able to afford one.

Fashion is no longer a clear indicator of wealth, either. It’s now all about downsizing and shopping from your wardrobe. Jane Fonda wore a recycled gown to this year’s Academy Awards – she’d worn it to the Cannes Film Festival in 2014. Both Kate Middleton and Meghan Markle have worn the same outfits more than once to public events, to the delight of royal watchers. 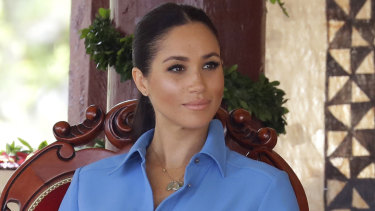 Meghan during a visit to Tupou College in Tonga. She wore the same outfit again on a tour of South Africa.Credit:AP

“There’s a growing awareness of how exploitative industrialised capitalism is and a desire to get away from it,” Chayka says.

But at this particular moment in 2020, the most practical reason most people have for embracing a “living with less” lifestyle is the planet.

“Climate change is bringing a strong sustainability imperative to minimalism,” says Serina Bird, author of The Joyful Frugalista. “No longer is luxury and wealth about having more and more bling. Rather, it's about style and what we choose to curate.”

However, some products that help us feel like we live with less — such as food delivery apps, Airbnb or Uber — are really expensive, inaccessible and exploitative, says Chayka. This, the coded privilege of minimalism, (think: Kim and Kanye’s “futuristic monastery”) is a sign that we are doing it wrong. 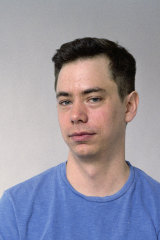 Instead, he says, minimalism is supposed to be less about objects (having them or not having them) and more about ideas, and paying attention and being aware of what’s around you.

“Minimalism,” explains Chayka, “is about a state of non-judgment and a reconsideration of things that might not be seen as beautiful at first. In other words, take out the earbuds to listen to the birds – and the traffic.”

As he writes in his book, “Too often, trendy minimalism is a way of numbing ourselves to reality and maintaining a comfortable, solid barrier through which nothing unpleasant intrudes. I want to expand its definition to include the possibility of dwelling in discomfort.”

The idea, as you might suspect, is not new. As Bird, who has spent time in Buddhist retreats, explains, it’s based on Eastern ideas of detachment.

But, just like religious practice, one does not simply arrive at owning less. One must attain it by avoiding the distraction of clean lines and Marie Kondo’s candles – and embracing the psychological clutter of the real world.

“At Dharma Drum mountain retreats in Taiwan, for instance, you sit all day in a large meditation hall made from polished concrete,” Bird explains.

“It is so beautiful in its starkness … And while sitting for hours on a small cushion brings discomfort, it also helps quieten the mind and bring a much deeper joy than binge watching Netflix on the sofa.”

Related posts:
Tags: better decluttering: for How Just make Minimalism not to work you
SHARE ON SOCIAL MEDIA
RELATED NEWS