You are here:
Home / Health News / How brain cells lay down infrastructure to grow and create memories

How brain cells lay down infrastructure to grow and create memories 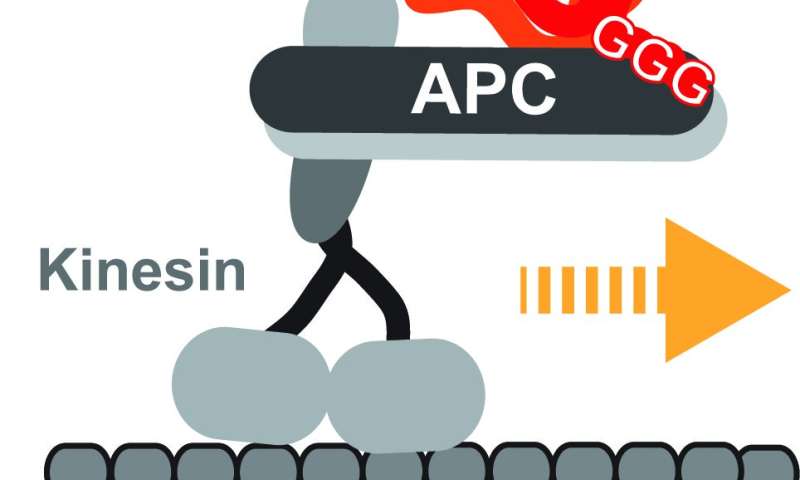 Research published today in Science Advances sheds new light on the molecular machinery that enables the shape, growth and movement of neurons. It is the first time scientists have revealed how the brain shuttles genetic code within its cells, a process believed to be crucial for the formation and storage of long-term memories.

Brain cells, also known as neurons, are complex, specialised cells with long branches. To grow, neurons build proteins at specific locations of a branch so that they can form new protrusions, control the direction they move in, and establish connections with other neurons. This process is especially important during brain development, helping different types of neurons find their place in the wider brain tissue. The genetic blueprint to build thousands of different types of useful proteins continuously travel around the cell’s branches in the form of mRNA, which is genetic information copied from DNA.

How neurons, the longest type of animal cell, get the correct genetic blueprints to the right place at the right time is an unanswered question. It was thought that they are transported by kinesins, elongated proteins with two feet that walk one foot over another to a target destination, but there was no direct evidence to prove this. Every living cell has a network of self-assembling highways to transport large molecular materials from one side to the other. Different vehicles busily move thousands of different cargoes around, with kinesins being the most common type.

Now scientists at the Centre for Genomic Regulation (CRG) in Barcelona have found that a type of kinesin called KIF3A/B can transport mRNAs, using another protein called adenomatous polyposis coli (APC) as an adaptor that binds both the kinesin and the mRNA-cargo. The proteins transport at least two types of mRNA which code for tubulin and actin, two types of proteins that neurons use to build their cellular skeleton. This is essential to shape the cell so that it can form new connections with other neurons.

The findings are of interest because mRNAs play a key role in the storage and formation of memories. Previous studies show that mRNAs coding for the protein beta-actin continuously travel along synapses, the junction between two neurons. When synapses repeatedly receive a signal, the mRNA is used to make beta-actin proteins, which are important for reinforcing synapses and strengthening the attachment between two neurons. Repeatedly stimulating a synapse continuously reinforces the junction, which is thought to be how memories form.

“Spanish neuroscientist Santiago Ramon y Cajal first proposed that our brains store memories by strengthening neuronal synapses, changing shape so that brain cells would firmly grasp one another and conduct signals more efficiently,” says Sebastian Maurer, researcher at the Centre for Genomic Regulation and lead author of the study. “More than a century later we are describing one essential mechanism likely underlying his theories, showing just how ahead of his time he was.”

The researchers synthetically recreated cellular self-assembling highways using pure components in a test tube,revealing the function of individual building blocks and how they work together to transport mRNAs. Purified proteins suspected to be important for neuronal mRNA transport were labelled with different fluorescent dyes and studied with a highly sensitive microscope that can detect the rapid movement of single molecules.

The researchers found that mRNAs and their adaptor APC switch on the kinesin’s ignition, activating the protein. Transported mRNAs were found to have a special localization signal that control the efficiency by which different mRNAs are loaded onto the kinesin. Even slight alterations to this signal affected the mRNA’s journey to its target destination, showing the sophisticated mechanisms brain cells develop to control the logistics of thousands of different messages. When not carrying cargo, the kinesins shifted to energy saving mode to save fuel until their next job.

“Finding the exact vehicle needed to transport mRNA is like looking for a needle in a haystack, which is why most people thought what it was impossible,” says Sebastian Mauer. “But we did it, which would not have been possible without the CRG or the Spanish government’s public funding for risky projects.”