You are here:
Home / Health News / Childhood trauma changes your brain, but it doesn’t have to be permanent

Childhood trauma changes your brain, but it doesn’t have to be permanent 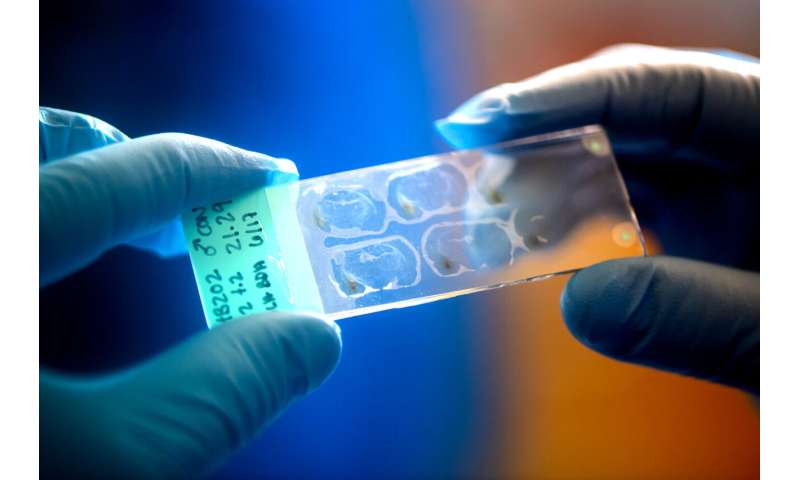 In the early 1990s, more than 100,000 children in Romania were living in overcrowded, under-funded orphanages. They suffered from severe neglect, having little interaction with caretakers.

This lack of nurturing altered the structure and function of their brains. These children developed a host of behavioral and emotional problems that many of them are still coping with today.

Now, neuroscientists at Northeastern are using rats to understand some of the physical changes in the brain caused by such severe neglect.

In a recent paper, the researchers found that female rats, in particular, developed abnormal connections between two areas of the brain in response to neglect. These are the same areas that show abnormal activity in brain scans of children raised in orphanages, as well as those who have suffered from child abuse or other forms of severe maltreatment. Children with this abnormal activity are more likely to develop anxiety later on in childhood or adolescence.

“The early work looking at biological underpinnings of this specific circuitry has been largely in male animals,” says Jennifer Honeycutt, a postdoctoral researcher at Northeastern and the lead author on the paper. “We were able to not only expand what we know about generally how the circuitry is developing in both sexes, but now we can pinpoint a possible locus of unique vulnerability for females.” 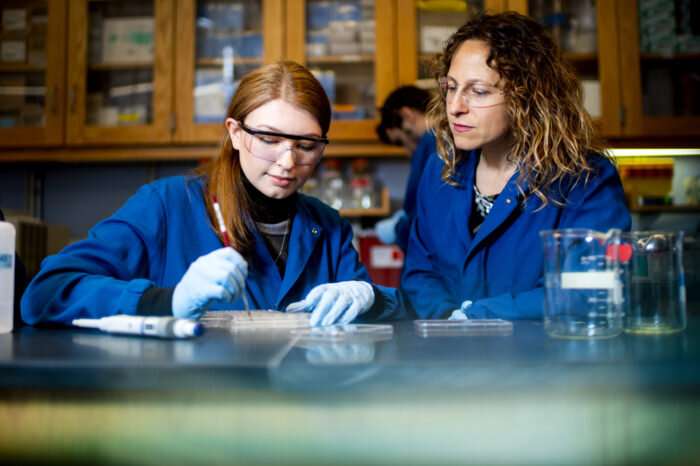 Honeycutt and her colleagues were examining the connections between the basolateral amygdala, part of an almond-shaped structure tucked in near your temple, and the prefrontal cortex, which is right behind your forehead.

When you see something that might be a threat (say, a tiger), your amygdala fires off signals to several areas of the brain, including the prefrontal cortex, indicating that you should be frightened. The prefrontal cortex responds by integrating information from other areas of the brain, like context clues (The tiger can’t reach us.) or prior memories (This is a zoo. We’ve been to a zoo before), and signals the amygdala to, essentially, calm down.

“The disruption of this circuit is going to lead to maladaptive behaviors,” Honeycutt says. “That’s where you start to see increasing anxiety-like behaviors even in the absence of something that could be anxiety-provoking.”

The connections between the amygdala and the prefrontal cortex develop throughout childhood and adolescence. Research has demonstrated, however, that these connections seemed to develop abnormally in children who had experienced severe neglect and later developed anxiety-like disorders.

“This circuit was showing accelerated maturation,” says Heather Brenhouse, an associate professor of psychology at Northeastern. “It was as if the brain was trying to adapt to the experience of early trauma and maybe predict later threats, and which could translate into being hyper-responsive.” 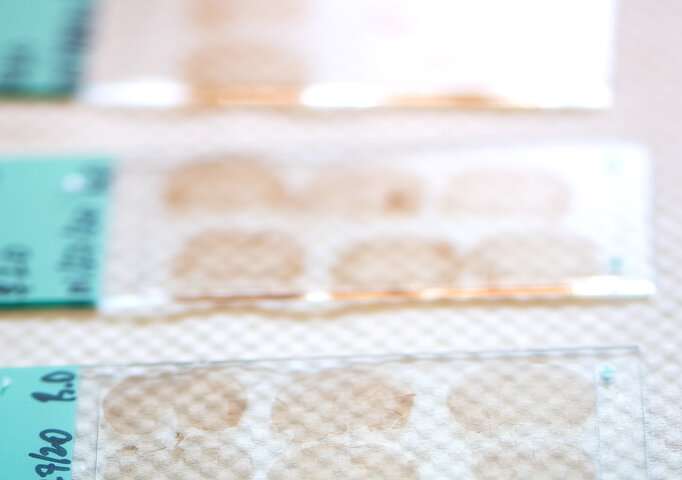 To figure out the exact mechanism behind this change, the researchers needed to be able to examine brains more directly. In neuroscience research, that means they needed rats.

“What a young rat, just like a young human, needs the most for its well-being is proper caretaking and nurturing,” Brenhouse says. “If you disturb the infant-mother relationship somehow, that’s the way to best model early life adversity.”

The researchers removed male and female rat pups from their mothers for three to four hours every day during their infancy. The pups were separated into warm areas with bedding that smelled like their mother and littermates, but without any physical contact or caretaking.

“It mimics very much the situation for those institutionalized children, where they were in little individual cribs, left alone and not being taken care of for a long period of time,” Brenhouse says. “That induces a lot of the same stress response changes and behavior changes and brain changes that map on fairly well to what we see in humans.”

To see how the connections in the rats’ brains were developing, the researchers injected a dye into each animal’s basolateral amygdala. As those neurons extended from the amygdala to the prefrontal cortex, they would become stained with the dye, allowing researchers to identify them. 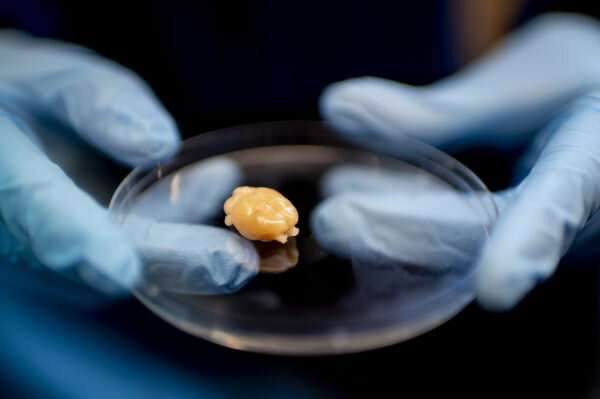 The researchers examined the rats’ brains at different points in development. They found marked differences between males and females. In female rats that were separated from their mother, an excess of new connections grew rapidly between the amygdala and the prefrontal cortex early on in development. Males saw some of this same nerve growth (known as innervation), but not until much later on.

The researchers also used an fMRI to examine the activity patterns of the animals’ brains when they were at rest. Animals with this excess innervation had abnormal communication between the amygdala and the prefrontal cortex.

“These excess neural connections were disturbing the efficiency of that circuit,” Brenhouse says. “Basically, the circuit didn’t work as well, and it didn’t mature as well.”

The animals whose brains developed abnormally also behaved differently. The researchers tested them for anxiety-like behaviors by placing the rats on an elevated plus-shaped platform. Two of the arms of the platform had walls, creating a more secure space, while the other arms were wide open. Rats with excess connections between the amygdala and the prefrontal cortex spent more time huddling in the areas with protective walls.

The early development of this circuit seemed to be creating a sense of hyper-vigilance in these animals. 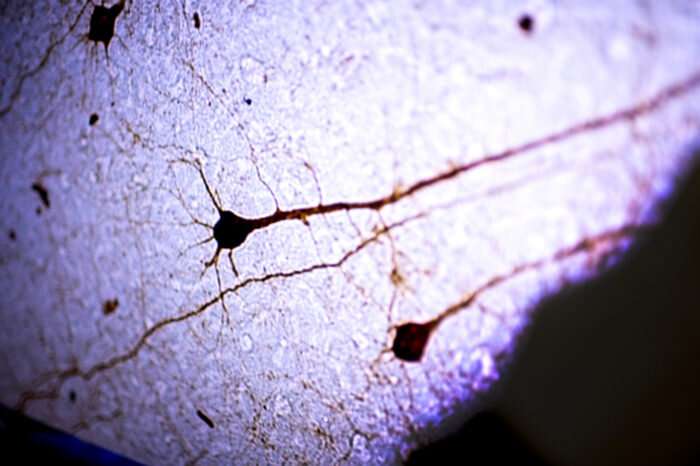 As for why females are more vulnerable to these changes, the researchers say they aren’t sure yet. Male and female brains mature differently, so this type of stress may be hitting females at a critical point in their development. Differences in hormones or immune systems could also play a role, or perhaps males and females simply experience stress in different ways.

“There’s a long list of theories that we want to follow up on,” Brenhouse says. “We know males are impacted by early life stress in other ways, but the circuit that we tested seems to be more impacted in females.”

The important thing, though, is that these changes don’t have to be permanent.

Understanding the differences in how male and female brains develop, and the impact of neglect on this process, could help improve treatments and interventions for children before mental illnesses begin to manifest themselves.

Related posts:
Tags: be brain But changes Childhood doesn't have it permanent? to trauma your
SHARE ON SOCIAL MEDIA
RELATED NEWS