You are here:
Home / Health News / Eating too much—not exercising too little—may be at core of weight gain, study finds

Eating too much—not exercising too little—may be at core of weight gain, study finds 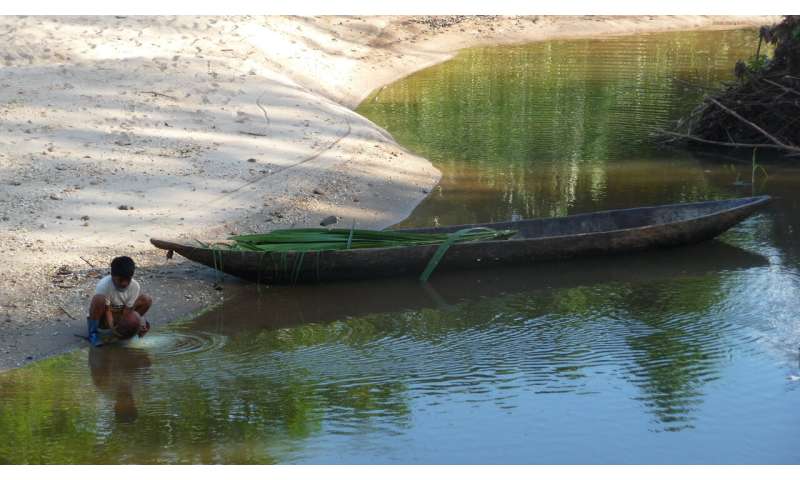 Forager-horticulturalist children in the Amazon rainforest do not spend more calories in their everyday lives than children in the United States, but they do spend calories differently. That finding provides clues for understanding and reversing global trends in obesity and poor metabolic health, according to a Baylor University researcher in a study published in Science Advances.

“Conventional wisdom suggests that an increasingly sedentary and germ-free lifestyle, resulting in low daily energy expenditure, is a primary factor underlying rising rates of obesity in the U.S. and elsewhere,” said Samuel Urlacher, Ph.D., assistant professor of anthropology at Baylor University. “The findings of our study challenge that notion. We demonstrate that Amazonian children with physically active lifestyles and chronic immunological challenges don’t actually burn more calories than much more sedentary children living here in the U.S.”

“This similarity in energy expenditure suggests that the human body can flexibly balance energy budgets in different contexts,” Urlacher said. “Ultimately, eating too much, not moving too little, may be at the core of long-term weight gain and the global nutrition transition that often begins during childhood.”

The study—”Constraint and Tradeoffs Regulate Energy Expenditure During Childhood”—is published in Science Advances.

Standard models in human nutrition assume that habitual energy use is “additive,” such that exercise and other metabolic tasks increase total daily energy expenditure, which is the total number of calories that humans burn each day. Consistently exercise more, spend more total calories. However, that model has been increasingly challenged by studies suggesting that total daily energy expenditure is “constrained” within a relatively narrow human range. Consistently exercise more, spend fewer calories on other metabolic tasks and no extra calories overall. Until now, no research had directly tested these two opposing models of energy use among children living in challenging environments.

To investigate how children spend calories, Urlacher and his colleagues collected energetics data from 44 forager-horticulturalist Shuar children (ages 5 to 12) and compared them to those of industrialized children in the U.S. and the United Kingdom. The Shuar are a population of around 50,000 individuals living in the isolated Amazon region of Ecuador. Without easy access to stores and labor-saving technology, they continue to rely predominantly on a subsistence-based lifestyle of hunting, fishing, foraging and small-scale horticulture. To measure energy expenditure, the researchers used gold-standard isotope-tracking and respirometry methods, the first time that either state-of-the-art approach had been used among children in a subsistence-based population. This new information was coupled with data reflecting physical activity, immune activity, nutritional status and growth. 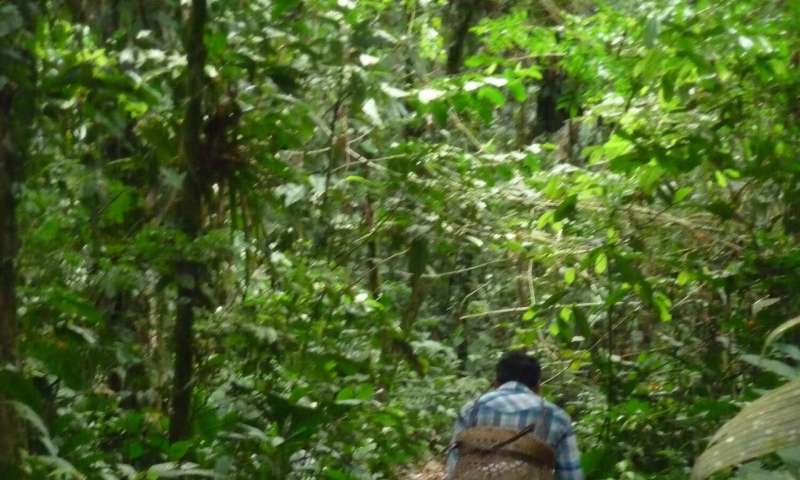 Results provide strong support for constraint and tradeoffs in children’s energy expenditure. The study found that:

Researchers argue that because tradeoffs underlying energy constraint may often limit physical growth, such constraint has implications for understanding childhood growth faltering and its associated increased risk for adult obesity and metabolic diseases such as Type 2 diabetes and hypertension. Specifically, the findings imply that a high degree of physical and immune activity may reduce energy available for growth, even when food is abundant.

A key takeaway of the study is that rapid change in diet and increasing energy intake, not decreasing physical activity or infectious disease burden, may most directly underlie the chronic weight gain driving the global rise of obesity. However, “Exercise remains critically important for health and for weight management given its effects on appetite, muscle mass, cardiopulmonary function and many other factors,” Urlacher said. “Our results don’t suggest otherwise. Everyone should meet recommended daily physical activity levels.”

The researchers recognize several ways to improve upon their study in the future, including considering a wider age range of children, comparing additional study populations and collecting longitudinal data spanning economic development and lifestyle variation within a single transitioning population. Importantly, the authors will continue to look for ways to better apply their findings to improve health among the Shuar and other populations globally.

Urlacher, a co-director of the long-term Shuar Health and Life History Project, has spent more than 25 months living with the Shuar since 2011.