You are here:
Home / Health News / What does it mean to be immunocompromised? And why does this increase your risk of coronavirus?

What does it mean to be immunocompromised? And why does this increase your risk of coronavirus? 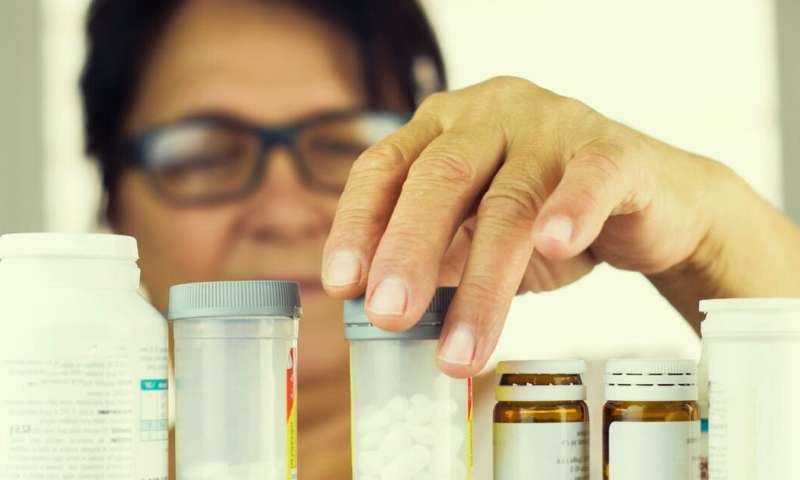 Immunocompromised is a broad term reflecting the fact someone’s immune system isn’t as strong and balanced as it should be.

Because immunocompromised people’s immune systems are defective or ineffective, they’re unable to stop invasion and colonisation by foreign intruders, including the SARS-CoV-2 virus, which causes COVID-19.

An under-performing immune response leaves people susceptible to infection, but the severe symptoms in some people are actually caused by a huge immune response sweeping over the whole body.

The reasons for this are varied, and can be complex and intertwined.

Primary immunodeficiencies arise when someone is born with a condition that directly affects their immune system. These illnesses are rare and usually diagnosed early in life. They include common variable immunodeficiency, severe combined immunodeficiency and X-linked agammaglobulinaemia.

Secondary immunodeficiencies are more common and arise as a consequence of outside factors. Exposure to environmental toxins including some pesticides, heavy metals, petrochemicals and air pollutants such as cigarette smoke can reduce the effectiveness of the immune system, particularly at the surface of the lung.

Poor nutrition and drug and alcohol abuse can also impair immunity, as can medications, age and even pregnancy.

Some illnesses and injuries can cause someone to be immunodeficient. These are also classified as secondary immunodeficiencies. This includes acquired immunodeficiency syndrome (AIDS) as a consequence of human immunodeficiency virus (HIV) infection, severe burns, and not having a functional spleen. This organ is crucial for blood filtration and coordinating the immune response.

Cancers of the bone marrow and white blood cells, such as leukemia and lymphoma, can also cause immunodeficiency.

Early information about COVID-19 in a small number of cancer patients in China suggests they have a higher risk of contracting coronavirus and developing severe disease.

Like chemotherapy, other medications can bring about an immunocompromised state. These drugs are called immunosuppressants.

People who receive organ transplants are one group who need to take immunosuppressants. This dampens their immune system so it cannot react against and reject the donor’s transplant.

People with autoimmune diseases, which cause the immune system to attack the body’s own cells and tissues, also use these medications. Between 2% and 7% of the population have an autoimmune disease, such as multiple sclerosis, type I diabetes, lupus, rheumatoid arthritis and Sjögren’s syndrome, to name a few.

It’s too soon to know the impact of immunosuppressants on COVID-19, but anecdotal evidence is coming through from affected regions.

In Northern Italy, for example, two kidney transplant recipients were treated for COVID-19. Hospital doctors quickly switched their usual broad immunosuppressive medications to drugs that more specifically suppress the parts of the immune system that appear to go haywire in this infection. One patient recovered, the other did not.

Steroids are the most commonly used immunosuppressants – 1-2% of the population in developed countries take them, and the rate is far higher in developing countries where access to more sophisticated medicines is limited.

Clinical trials are currently underway to assess whether steroids might actually protect people against the severe immune response linked to severe illness in COVID-19.

But until the results are clear, steroid use is not recommended to treat COVID-19.

Age is a key element to consider when thinking about our immune system and its ability to work optimally.

A newborn will have no mature immune system to protect his or her body against invaders. In this context, breastmilk will be a precious source of antibodies to help fight viruses.

On the other side, older people are also considered immunocompromised, as they have an ageing, weakened immune system, not fit enough to start and win a fight. As a consequence, elderly people are more susceptible to contracting symptomatic coronavirus infection.

COVID-19 can become severe when older people have underlying health issues that weaken the organs which are strained by the coronavirus infection, such as the heart and lungs.

Through our evolution, we have developed a necessary state of immunosuppression during pregnancy. This is because within the pregnant mother’s body is an organism with parts that look foreign to the mother, encoded by the DNA from the other biological parent.

Natural suppression of the immune system during pregnancy stops the mother’s immune system from mounting a response against the baby.

The early information we have on the severity of COVID-19 in pregnancy is encouraging, although it’s still too early to know the full story.

So what does the research say so far?

There are a few early reports emerging from heavily hit areas on how COVID-19 differs in prevalence and severity among immunocompromised people.

The world has been primed to worry about these people contracting COVID-19 because they’re more susceptible to severe illness when infected with the range of viruses that usually cause respiratory illness, including common colds.

However, because the severe illness in COVID-19 is actually a result of excessive immune responses, immunocompromised people don’t seem to be presenting wi … more severe disease than the general population.

It’s worth exploring each case, though, and reviewing our understanding as the evidence emerges.

So far in a key hospital in Bergamo, in the red zone of the Italian COVID-19 outbreak, none of the immunocompromised patients who tested positive for coronavirus developed a severe disease.

Meanwhile, a 47-year-old woman from Wuhan who was taking steroids to suppress her autoimmune disease lupus, contracted the coronavirus and didn’t fall ill. But her compromised immune system couldn’t efficiently clear the virus and she spread it to her father and sister before testing positive.

While this gives hope that immunocompromised people may not be in such dire straits as we had predicted, they may fly under the radar, picking up the virus and spreading it while remaining asymptomatic.

Related posts:
Tags: and be coronavirus does immunocompromised? increase it mean of risk This to what why your
SHARE ON SOCIAL MEDIA
RELATED NEWS