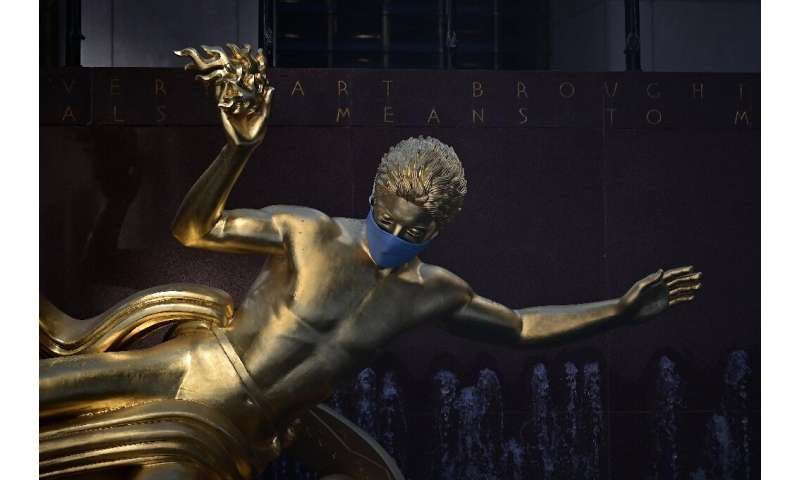 More than 78,000 people were diagnosed with COVID-19 in the US and in Brazil alone Wednesday, as the IMF laid out the unprecedented economic devastation caused by the global pandemic and the WHO warned the number of infections could reach 10 million worldwide within the next week.

As many countries emerged from lockdown hoping to resurrect their economies, US states were reimposing virus restrictions and Brazilian experts were warning the country was sending people “to the slaughterhouse.”

The International Monetary Fund said that this “crisis like no other” would send the global GDP plunging by 4.9 percent this year and wipe out an astonishing $12 trillion over two years.

It said that many countries will face a recession more than double that which they suffered during the global financial crisis in 2008-2009.

The IMF forecast that China, where the virus emerged late last year, would be the only economy that grows this year, by just one percent.

The United States is forecast to shrink by eight percent, Germany slightly less, while France, Italy, Spain and Britain would all suffer double-digit contractions.

The United States has recorded more deaths than any other nation, with more than 121,000 from nearly 2.4 million cases.

The number of new cases has been on a clear upward trend in recent days, especially in the south and west of the country. On Wednesday the US recorded more than 35,900 cases in 24 hours, according to a tally by the Johns Hopkins University, a figure which approaches previous record daily levels. 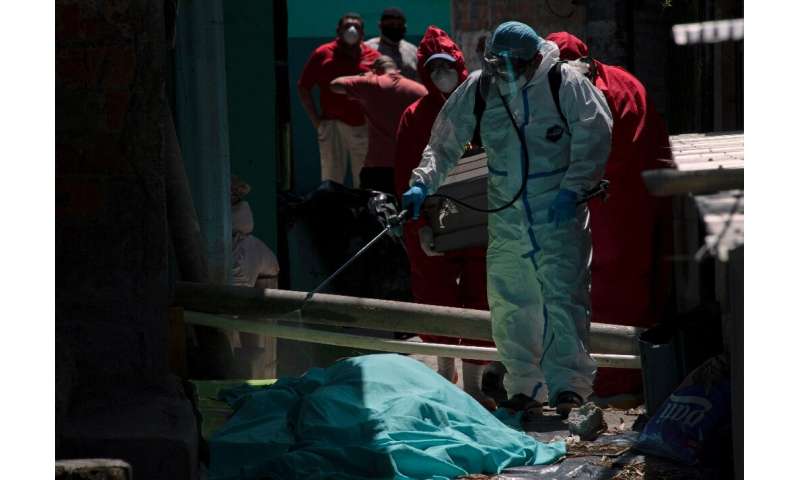 White House advisor Anthony Fauci warned the next two weeks would be “critical to our ability to address… surgings” in Florida, Texas and other states.

Texas Governor Greg Abbott said the state, which was one of the most aggressive about reopening, could see new restrictions.

“If it’s not contained in the next couple of weeks, it will be completely out of control, and Texas will have to ratchet back,” the Trump ally said in televised comments.

Latin America has been one of the world’s worst hotspots for weeks, and the number of deaths in Latin America and the Caribbean surpassed 100,000 on Wednesday.

Brazil was the hardest-hit country, with its new cases surpassing even the US—over 42,700 recorded Wednesday.

“The curve in Brazil is still rising sharply. We’re still in the first wave,” said Domingos Alves, a professor of medicine at the University of Sao Paulo and member of a scientific committee monitoring the crisis.

“We’re sending people to the slaughterhouse” with moves to exit lockdown too soon, he added. 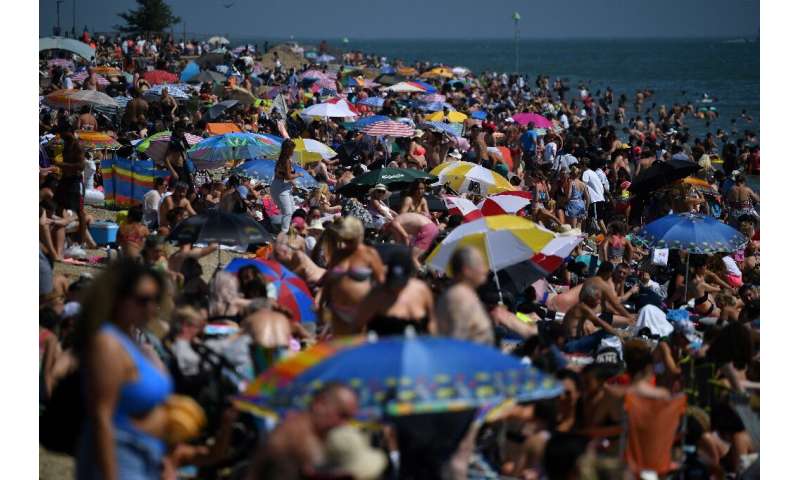 World Health Organization chief Tedros Adhanom Ghebreyesus said the global number of cases would reach 10 million within the next week, after four million cases were recorded just in the last month.

The global figure currently stands at over 9.3 million.

“We have an urgent responsibility to do everything we can with the tools we have now to suppress transmission and save lives,” he said.

WHO emergencies director Michael Ryan warned that the pandemic had not yet reached its peak in the Americas.

He said it was “particularly intense in Central and South America” where many countries saw “between a 25 and 50 percent rise in cases over the last week,” and added that “the spectre of further lockdowns cannot be excluded.”

Globally, the number of COVID-19 deaths surged past 480,000 after doubling in less than two months, according to an AFP tally. 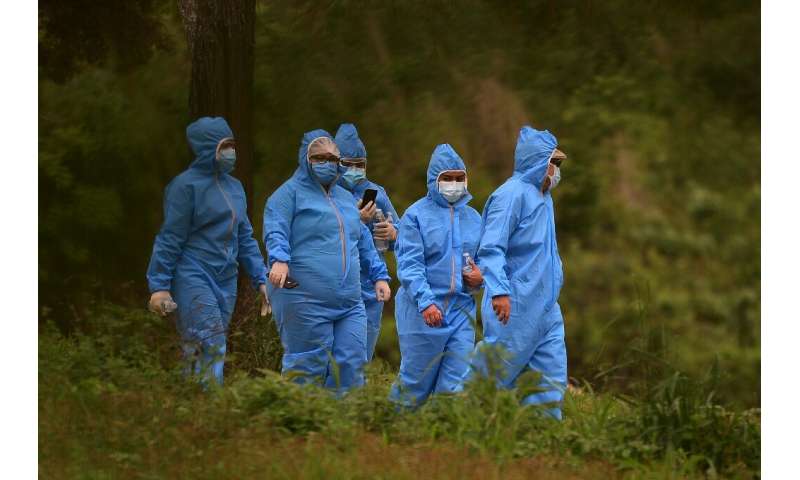 China said a new outbreak that has infected 256 people in Beijing since early June is “under control,” but fears remain over the risk of community transmission.

Hard-hit Europe is reopening from lockdown—but in Britain, medical experts warned of the “real risk” of a second wave and called for a swift review into the government’s handling of the outbreak.

Experts have also warned that an early summer heatwave across the continent could lead to a surge in infections as people hit beaches and parks while ignoring social distancing measures.

No masks were worn by participants—and few by spectators—at a huge parade in Moscow during World War II commemorations on Wednesday.

The pandemic also continues to cause havoc in global sports, with New York cancelling its famed marathon which had been planned for November 1. 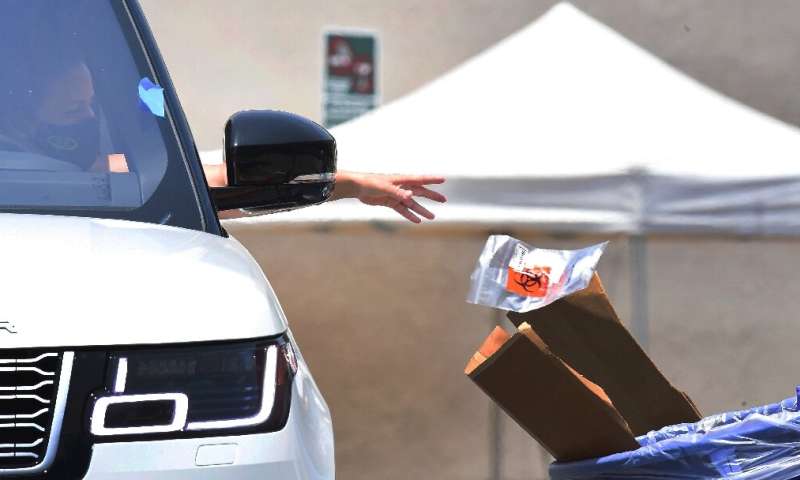 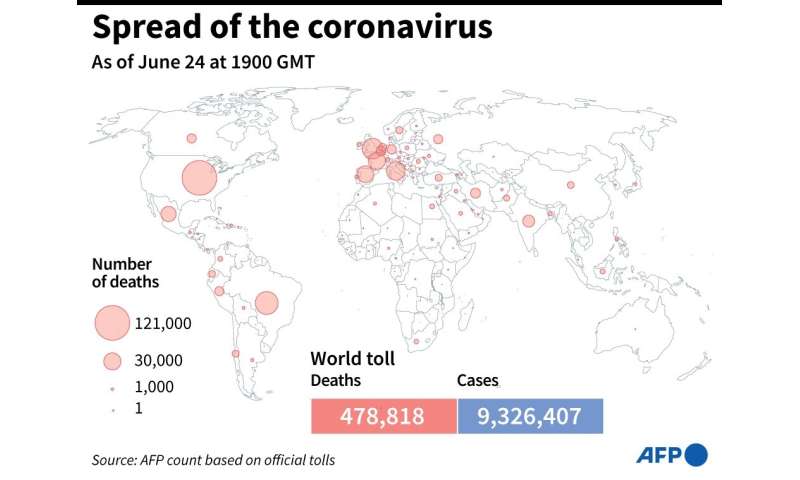 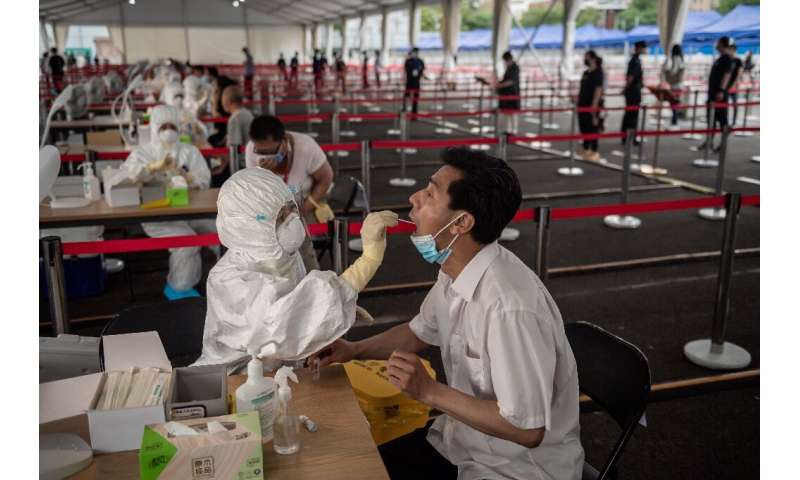 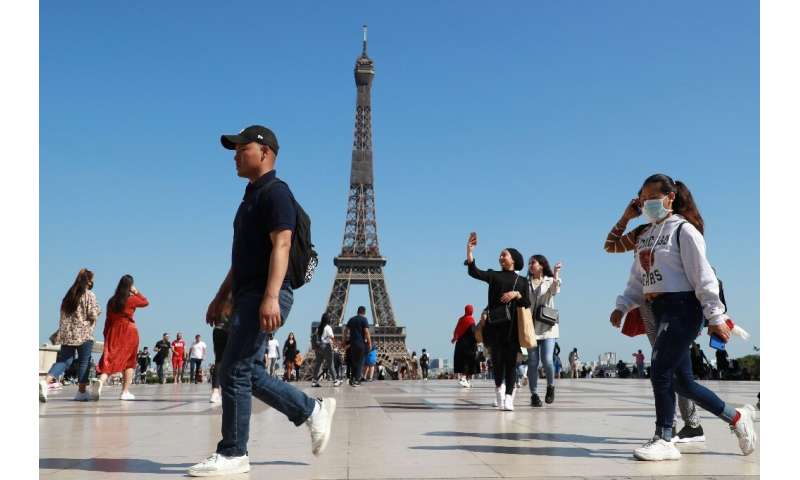 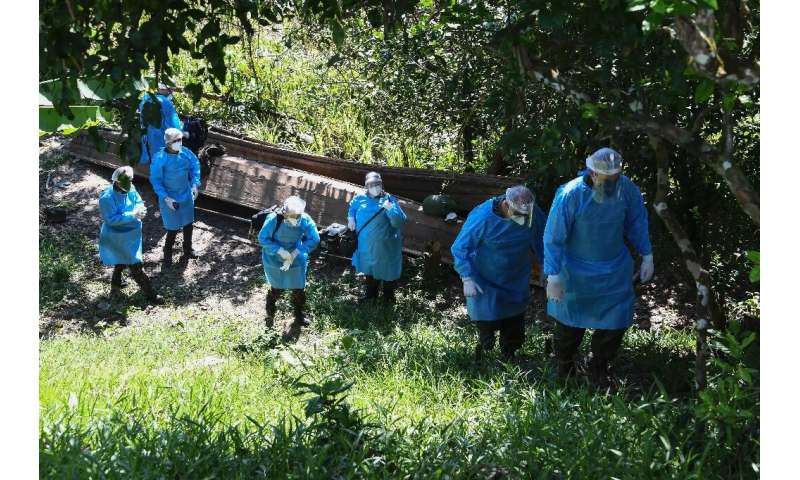