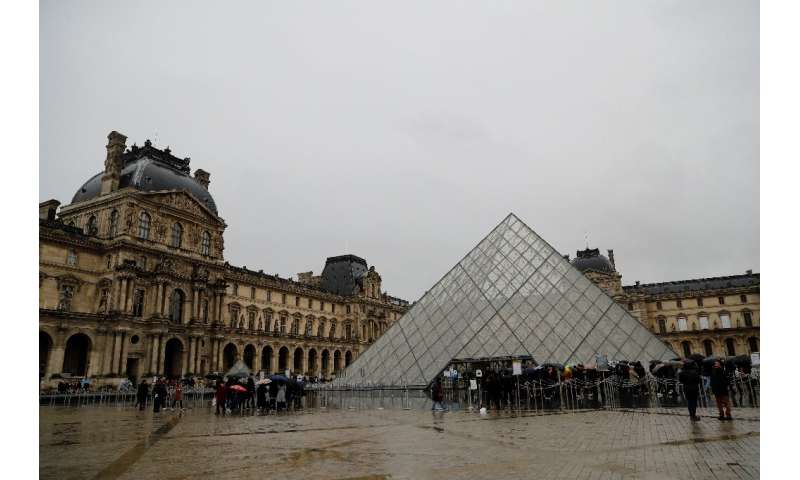 France’s famed Louvre museum, the world’s most visited, closed Sunday as coronavirus cases mounted across Europe and beyond, with the global death toll nearing 3,000.

The virus has now infected more than 88,000 people and spread to more than 60 countries around the world, well beyond the epicentre in China where it first emerged late last year.

It has rumbled global markets and prompted unprecedented measures from governments scrambling to contain the outbreak, which the World Health Organization has warned could grow into a pandemic.

The United States and Australia marked grim milestones over the weekend with thir first coronavirus fatalities, while China reported 573 new infections Sunday, the highest figure in a week after a dip.

While the numbers in China are still far lower than the huge daily increases reported during the first two weeks of February, COVID-19 has spread rapidly across borders, with South Korea, Italy and Iran emerging as hotspots.

The Louvre museum in France, which has 100 confirmed cases and two deaths, was shuttered Sunday after staff refused to come to work over coronavirus fears.

“We apologise for any inconvenience and will keep you informed as the situation develops,” the museum said on its website. 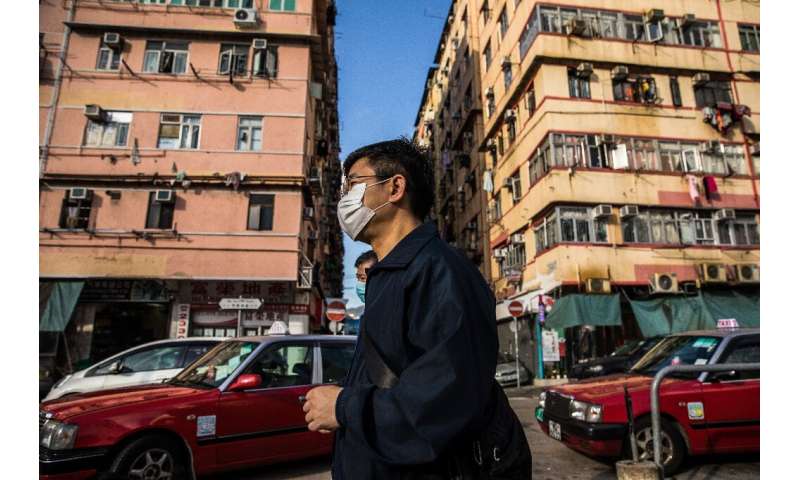 The measure comes after France said it would ban gatherings of 5,000 people or more, with schools shut and religious services axed in some of the hardest hit zones. Sunday’s half-marathon in Paris was cancelled because of the virus.

Two of the confirmed cases in France on Sunday were children, aged one and five, and their 27-year-old mother in the eastern city of Strasbourg. No children under 10 years old have been reported to have died from the virus.

In recent days, the epidemic has spread to sub-Saharan Africa, while Armenia and the Czech Republic reported their first cases on Sunday as cases in Germany doubled.

Qatar, Ecuador, Luxembourg and Ireland all confirmed their first cases on Saturday as the virus continued its global march beyond China’s borders.

Fears are mounting that the disease could hammer the global economy.

Stock markets in the oil-rich Gulf states plunged Sunday after global bourses were battered last week, diving to their lowest levels since the 2008 financial crisis. 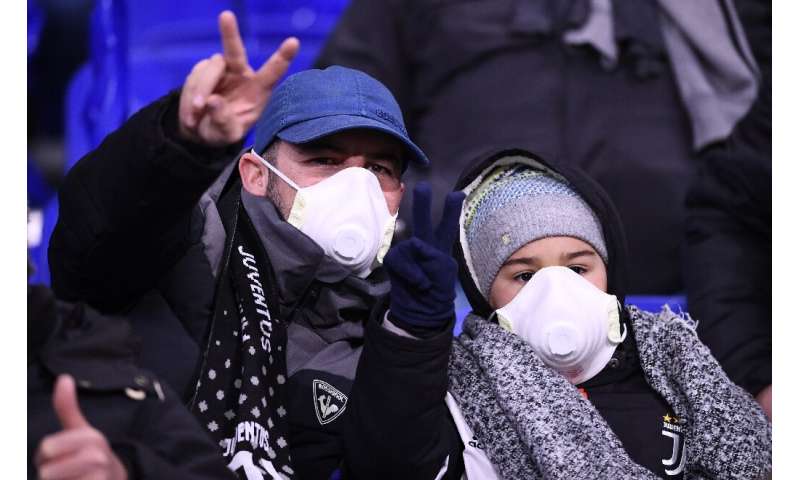 China’s economy has also been hit as factories have shut and millions of people kept home after the government imposed lockdown measures across entires swathes of the country.

Italy clocked a spike in new cases Saturday bringing the total number of infections to above 1,000, with 29 deaths.

The outbreak also forced the postponement of five matches in Italy’s top-flight Serie A football league, including the heavyweight clash between champions Juventus and Inter Milan.

‘No reason to panic’

Australia reported the first death on its soil—a 78-year-old man who had been evacuated from the coronavirus-stricken Diamond Princess cruise ship in Japan.

The US also announced its first coronavirus death, though US President Donald Trump urged calm. 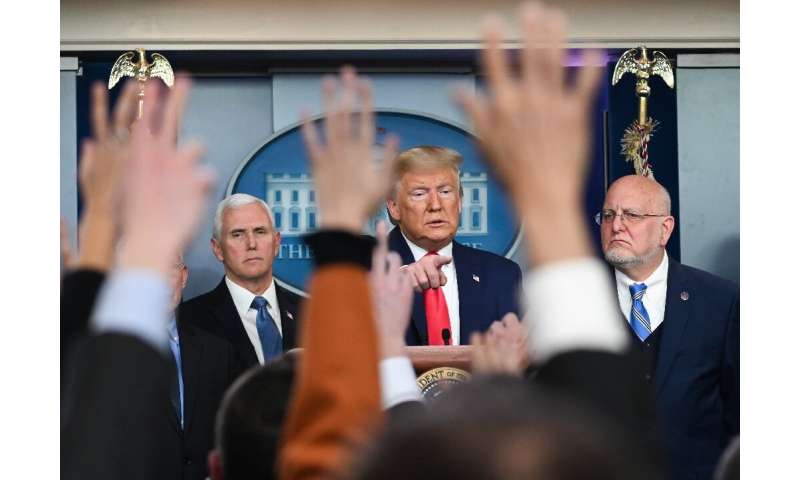 “Our country is prepared for any circumstance… There is no reason to panic at all.”

The victim was in his 50s and had “underlying health conditions”, health officials said. He died in Washington state’s King County, which includes Seattle, a city of more than 700,000 people.

Officials also announced a possible outbreak in a Washington state nursing home, where a health worker and a resident in her 70s were both confirmed sick with the virus.

Other residents and staff were “ill with respiratory symptoms or hospitalised with pneumonia of unknown cause,” the Centers for Disease Control and Prevention (CDC) said.

The death and two confirmed Washington cases all involved patients who had not travelled overseas or come in contact with anyone known to be ill, indicating the virus was spreading in the US.

“But it’s important to remember, for the vast majority of individuals who contract the novel coronavirus, they will experience mild to moderate symptoms.” 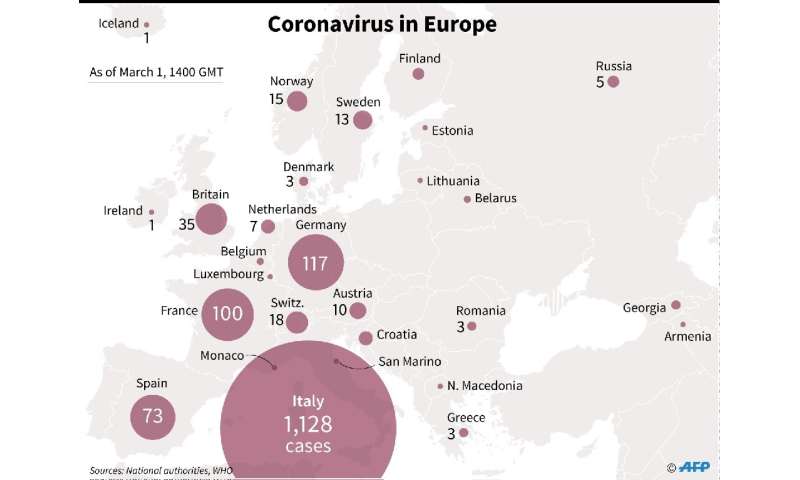 China on Sunday reported 573 new infections, the highest figure in a week after a dip. All but three of them were in Hubei province, of which Wuhan is the capital.

Despite the increase, China said its response to the epidemic “continues to be good” though risks still remained.

“The next step is to focus on the risks brought by the resumption of work and the increasing number of foreign cases,” said Mi Feng, spokesman at the National Health Commission.

In nearby South Korea, the epidemic is centred in its fourth-largest city, Daegu, whose streets have been largely deserted for days, apart from long queues at the few shops with masks for sale.

The total in South Korea is expected to rise further as authorities screen more than 210,000 members of the Shincheonji Church of Jesus, a secretive entity often accused of being a cult that is linked to around half of the country’s cases.

Iran remains one of the worst affected countries in the world and said Sunday it had 978 infections and 54 deaths.