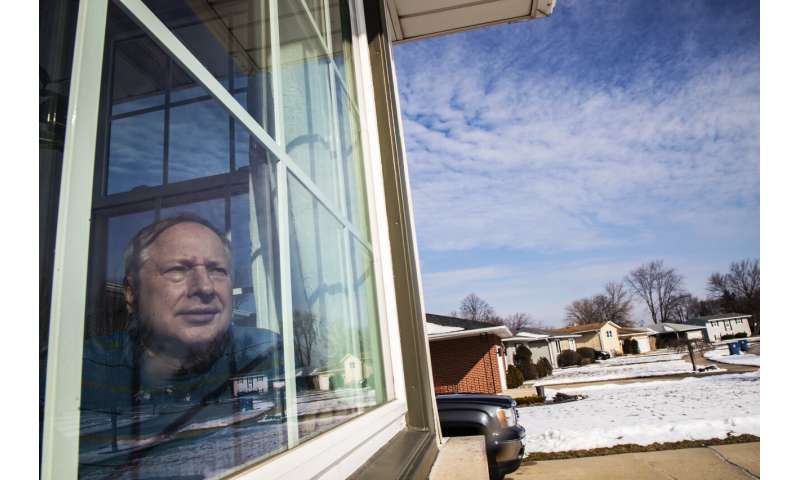 On his return from China last week, Dr. Ian Lipkin quarantined himself in his basement. His wife now puts his food on the stairs. He’s run out of things to watch on Netflix. At odd hours, he walks in New York’s Central Park, keeping 10 feet away from others.

Lipkin is among hundreds of people in the U.S. and thousands around the world who, although not sick, live in semi-voluntary quarantine at home. With attention focused on quarantined cruise ships and evacuees housed on U.S. military bases, those in their own homes have largely escaped notice.

They, too, experts say, play a crucial role in slowing the spread of the new viral disease now called COVID-19.

Most cases and nearly all deaths have been in mainland China. Around the world, authorities are urging two weeks of home quarantine and symptom monitoring for travelers returning from there.

It’s the only tool they have.

“We don’t yet have a vaccine and we don’t have approved drugs for prevention of disease or treatment of disease. So all we have is isolation,” said Lipkin, who directs Columbia University’s Center for Infection and Immunity.

An expert virus hunter, Lipkin was invited by Chinese health authorities to help assess the risk posed by COVID-19. He did similar work in China during the SARS outbreak in 2003.

“This is my second time in the slammer,” said Lipkin, who spent time in quarantine then. He will end his confinement Tuesday, celebrating with a dry martini in public. 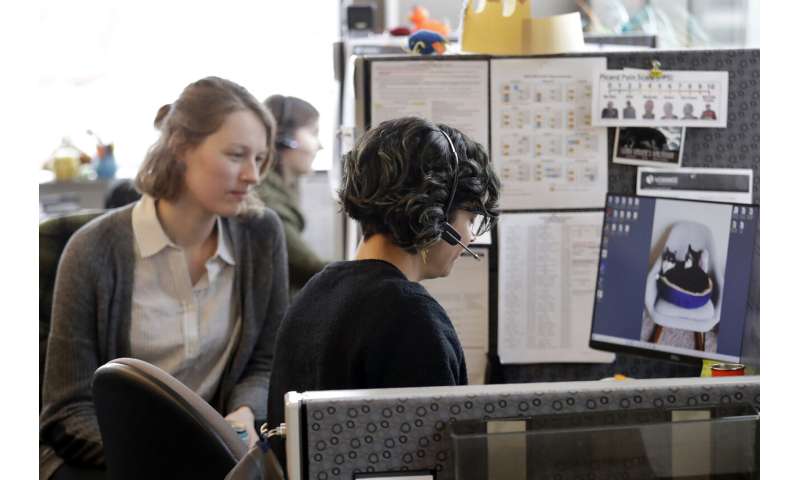 The numbers in home quarantine are constantly changing and hard to pin down. New York state, for instance, has received the names of more than 350 who recently returned from mainland China. Local health departments are monitoring them, recommending quarantine for those without known exposure to the virus.

State and U.S. guidelines sort people into high-, medium- and low-risk groups and have advice for each group, but local health departments have discretion in how to carry out the quarantines.

Authorities in Taiwan have fined those who violate quarantines, but so far U.S. officials are relying on people’s sense of responsibility, though they have the power to order a quarantine and get help from police to enforce it. Breaking a quarantine order is a misdemeanor in most states. Violating a federal quarantine order can mean fines and imprisonment.

Some have put themselves in quarantine without an order from health authorities. In Highland, Indiana, Ken and Annie Zurek finished 15 days of self-imposed home quarantine Thursday.

“We grew together as a couple,” Ken Zurek said. “I can’t think of any other person I’d want to spend in quarantine together.” Their confinement began after returning early from a trip to Chongqing, China, to meet their new granddaughter. Ken Zurek, a 63-year-old concrete business owner, had read up on the virus and added a 15th day to their quarantine “because I was a Boy Scout, always trying to be prepared and do the right thing.”

Pat Premick, a 57-year-old executive coach who had been living in China, has been in self-quarantine in the Pittsburgh area since returning to the U.S. early this month. On Friday, she said she has two days left.

To keep busy, she’s been doing puzzles, reading books and talking to friends in China who are going through the same thing. Since there aren’t many people in the area where she’s staying, she takes occasional walks. Friends have been leaving food for her outside, which she fetches after they walk away.

“I’m waving from the window,” she said. 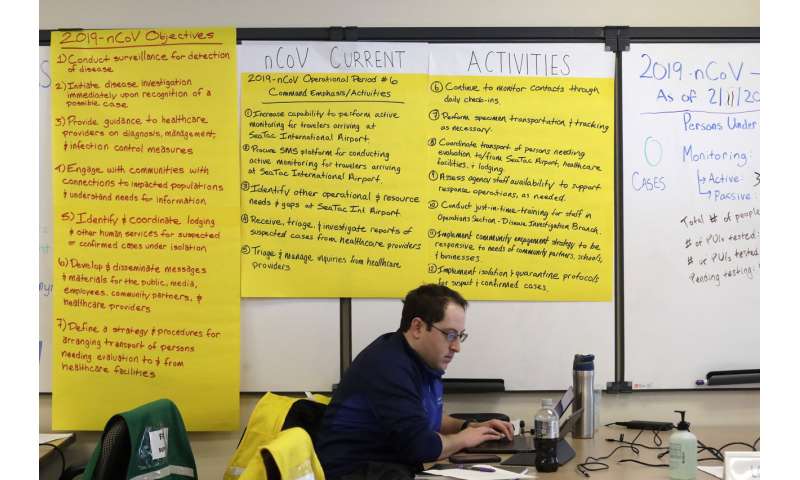 In Seattle, public health workers buy groceries to make sure the people stay comfortable while in home quarantine, bringing one person blueberries, bananas and hair conditioner. Another person confined to a motel room asked for and received an instant teapot to heat soup. The health department workers make sure people have Wi-Fi so they can work and stay connected to family. They arrange calls with counselors for those with anxiety.

Several hundred returning travelers are staying away from others while they monitor their symptoms in Seattle’s King County, where the health department is spending about $200,000 a week on efforts to contain the virus.

In India, health authorities have advised a 28-day home quarantine for returning travelers, much longer than the two-week incubation period accepted elsewhere. In Kerala, a state in the southernmost tip of India with three confirmed cases of COVID-19, more than 2,300 people are quarantined at home. They are told to sleep wearing a medical mask and call a helpline if they feel stir crazy.

“It is absolutely boring to be in your room for 28 days,” said Dr. Amar Fetle, who heads the response in Kerala.

In Nordmaling, Sweden, the owners of a Chinese restaurant said they are following health authorities’ guidelines by voluntarily quarantining themselves after a trip to China. They are closing their restaurant until Feb. 27.

“It is to protect ourselves and our customers,” Stanislav Maid told the newspaper Aftonbladet. He runs the restaurant with his wife, Zhou Weixiang. “I have gotten quite a lot of positive reactions from people in the area who think it’s good we take our responsibility.”

In Shanghai, China, home quarantine for journalist Michael Smith of The Australian Financial Review newspaper, began when he returned from a trip to Hong Kong. 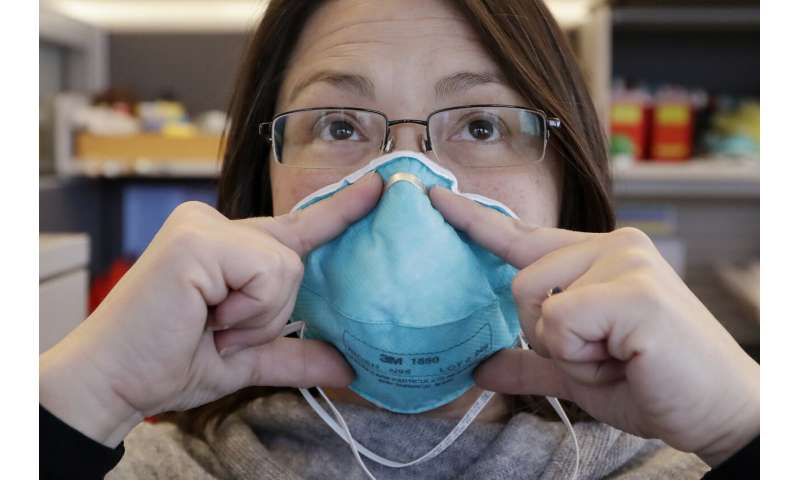 “I imagine this is how prison must feel,” Smith said in an email to The Associated Press on Friday, two days into a 14-day confinement. Smith can work at home, but no visitors are allowed and guards are monitoring the only entrance to the housing compound where he lives. He’s finding “an odd comfort” in not worrying about appointments and wearing track pants all day. “I’m treating this as a rare opportunity to read some books, binge watch some Netflix series and get some rest.”

Israel’s Health Ministry on Sunday extended a two-week home quarantine for people arriving from mainland China to include those who have recently spent time in Thailand, Macau, Singapore and Hong Kong.

In New York, Lipkin finds in the COVID-19 outbreak echoes of the movie “Contagion,” for which he was chief science adviser. He has heard the movie has gained new popularity, and he hopes people are learning from it, washing their hands and listening to public health authorities.

He takes his temperature twice a day and reports by email to the medical officer at Columbia, which directed him into home confinement. Unlike others in his situation, he was able to send a swab sample from the back of his nose and throat to his own lab to test for the virus. The result was negative. No virus.

He uses an exercise bike, but most of the time, he works.

“There’s more work than I can possibly do because not only am I running the laboratory at Columbia and writing and dealing with media, but I’m also running programs in China,” he said. “I’m not getting a lot of sleep.”

Lipkin and his wife, Katherine Lewis, are keeping their sense of humor. “My wife is terrific,” he said. “She’ll make dinner for me and leave it on the stairs and say, ‘I’m putting it down here so I don’t have to get your cooties.’