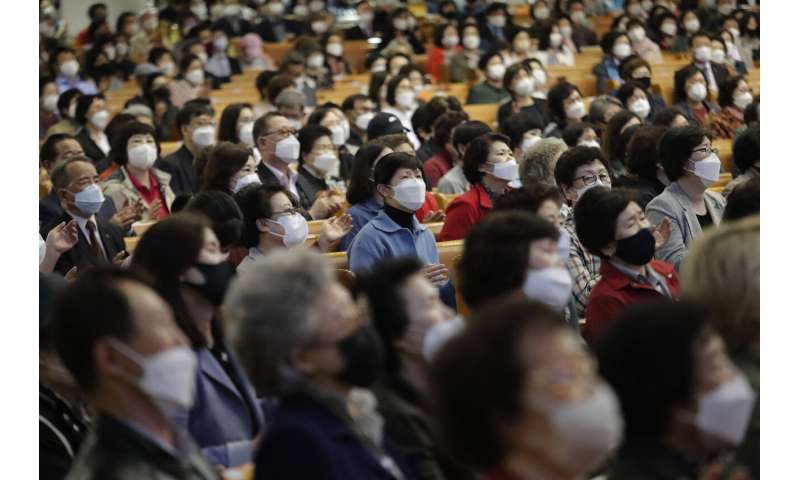 A family in China, nightclubs in South Korea and a slaughterhouse in Germany: New clusters of coronavirus infections are igniting concerns about a second wave even as calls grow in some countries to relax restrictions even further.

In Germany, where thousands have protested remaining restrictions in recent days, health officials say the number of people each confirmed coronavirus patient infects rose above 1 again, reflecting a renewed increase in cases. The number must be below 1 for outbreaks to decline.

Health officials worldwide are watching to see just how much infection rates rise in a second wave as nations and states emerge from varying degrees of lockdown.

Later Sunday, British Prime Minister Boris Johnson was expected to take a different tack, keeping most restrictions in place as he reveals a “road map” for the country that has the most official virus deaths in Europe at over 31,600. His Conservative government was criticized for being slow to react to the pandemic, but after falling ill with the virus himself, Johnson has taken a tougher line.

China reported 14 new cases Sunday, its first double-digit rise in 10 days. Eleven of 12 domestic infections were in the northeastern province of Jilin, which prompted authorities to raise the threat level in one of its counties, Shulan, to high risk, just days after downgrading all regions to low risk. 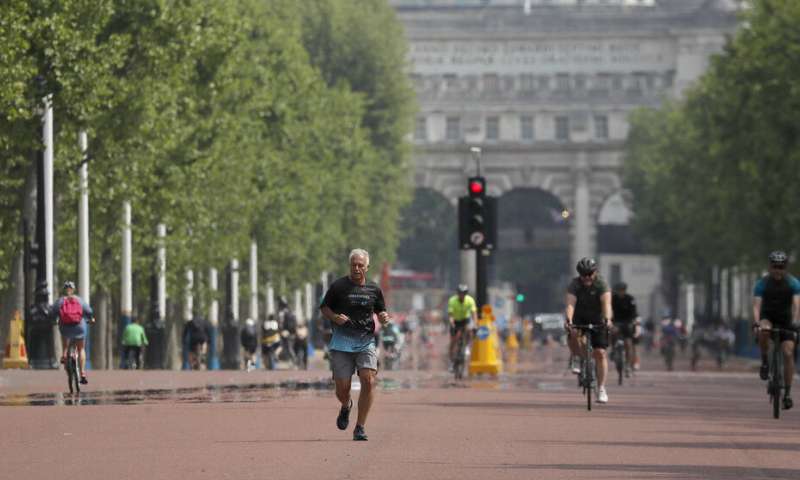 Authorities said the Shulan outbreak originated with a 45-year-old woman who had no recent travel or exposure history but spread it to her husband, her three sisters and other family members. Train services in the county were being suspended.

Jilin also shares a border with North Korea, which insists it has no virus cases, much to the disbelief of international health authorities.

South Korea reported 34 more cases as new infections linked to nightclubs threaten the country’s hard-won gains against the virus. It was the first time that South Korea’s daily infections were above 30 in about a month. 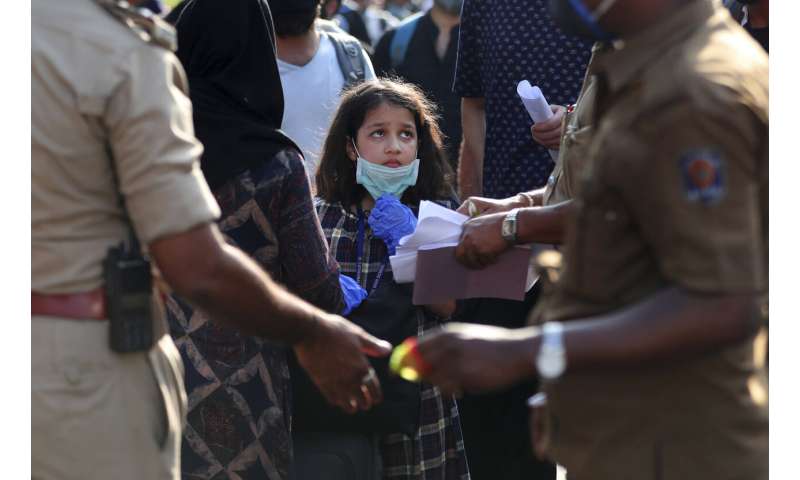 Across Europe, many nations were easing lockdowns even further even as they prepared to clamp down on any new infections.

Turkey’s senior citizens got their first chance to venture outside in seven weeks Sunday.

“It’s very nice to be out of the house after such a long time,” said Ethem Topaloglu, 68, who wore a mask as he strolled in a park in the capital, Ankara. “Although I’ve been able to sit on the balcony, it’s not the same as walking around outside.”

Germany, which managed to push daily new infections below 1,000 before deciding to loosen restrictions, has seen regional spikes in cases linked to slaughterhouses and nursing homes.

German officials have expressed concerns about the growing number of large demonstrations, including one in the southwestern city of Stuttgart that drew thousands of participants. Police in Berlin had to step in Saturday after hundreds of people failed to respect social distancing measures at anti-lockdown rallies. 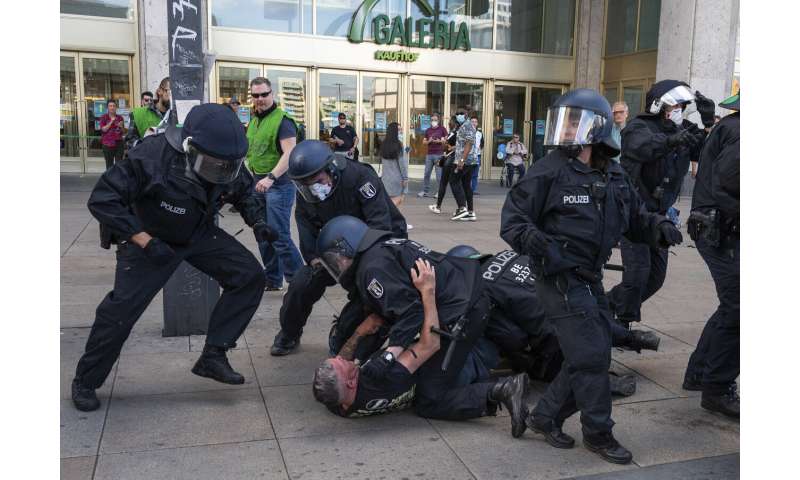 Chancellor Angela Merkel and the governors of Germany’s 16 states last week cleared the way for restaurants, hotels and remaining stores to reopen. The country’s soccer league resumes this week, despite a number of professional players testing positive for COVID-19, and more students are returning to school beginning Monday.

France, which has a similar number of infections as Germany but a far higher death toll at over 26,300, is letting some younger students return to school Monday after almost two months out. Attendance won’t be compulsory right away, leaving parents to make the difficult decision of whether it’s safe to send their children back to school or not.

With tourism a major industry in Italy, hotel owners, tour guides, beach resorts and others who depend heavily on the summer season are pressing to know when citizens can travel across the country. In an newspaper interview Sunday, Premier Giuseppe Conte promised that the restriction on inter-regional movement would be lifted, but only after authorities better determine how the virus outbreak evolves. 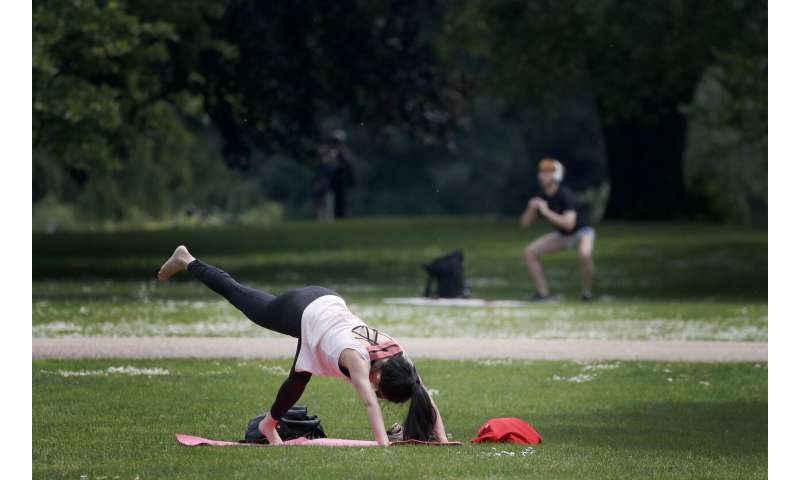 Residents in some Spanish regions will be able to enjoy limited seating at bars, restaurants and other public places Monday, but Madrid and Barcelona, the country’s largest cities, will remain shut down. Spain on Sunday reported 143 new deaths from the virus, the lowest daily increase since March 19.

In a speech to Britain on Sunday night, Johnson is expected to announce a 14-day quarantine for all travelers coming to the U.K. except those from Ireland, as part of measures aimed at avoiding a second peak of the pandemic. Aviation and travel industry groups have already protested the expected measures as devastating to the British economy. 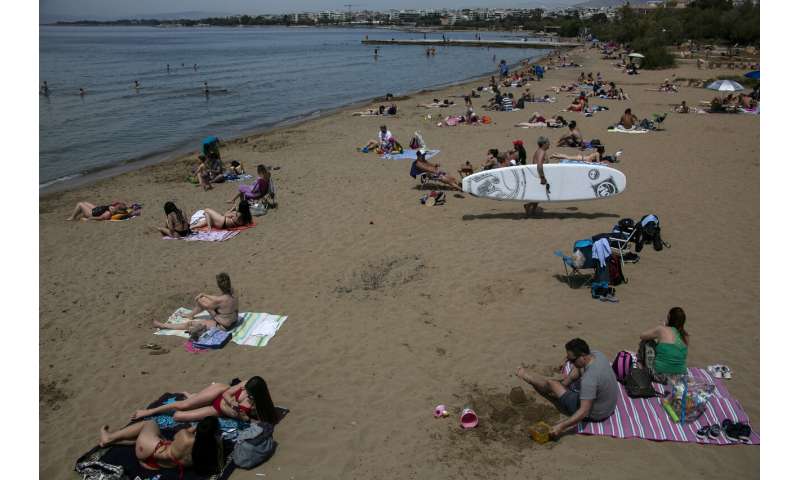 In the United States, former President Barack Obama harshly criticized his successor Donald Trump’s handling of the pandemic. Obama told former members of his administration that combating the virus would have been bad even for the best of governments, but it’s been “an absolute chaotic disaster” when the mindset of “what’s in it for me” infiltrates government, according to a recording obtained by Yahoo News.

Many families celebrated Mother’s Day weekend from afar, delaying or changing their normal plans each year in a time of social distancing and isolation. A nursing home in Miami held a Mother’s Day parade on Saturday, with children and grandchildren driving past the windows and waving at loved ones inside. Others grieved for those victims of the virus that has caused particular suffering for the elderly and previously sick.

The U.S. has seen 1.3 million infections and nearly 80,000 deaths in the pandemic—the most in the world by far, according to a tally by Johns Hopkins University. The U.S. debate over easing lockdowns has polarized along partisan lines as over 33 million Americans have filed for unemployment and business activity has ground to a halt. 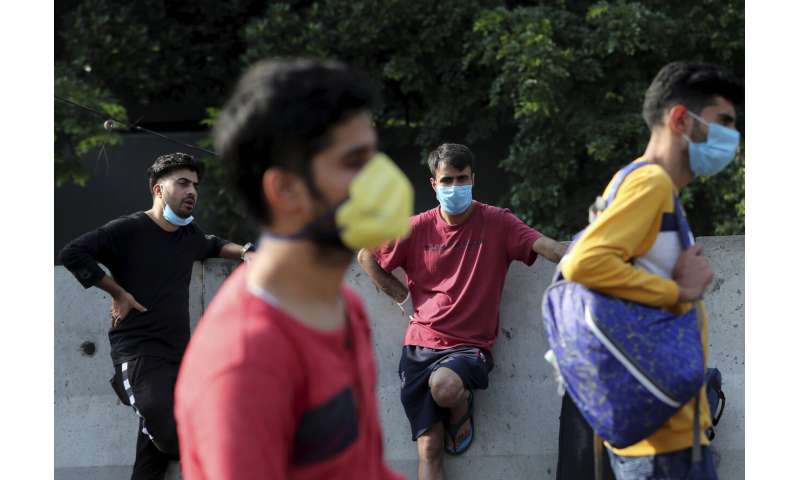 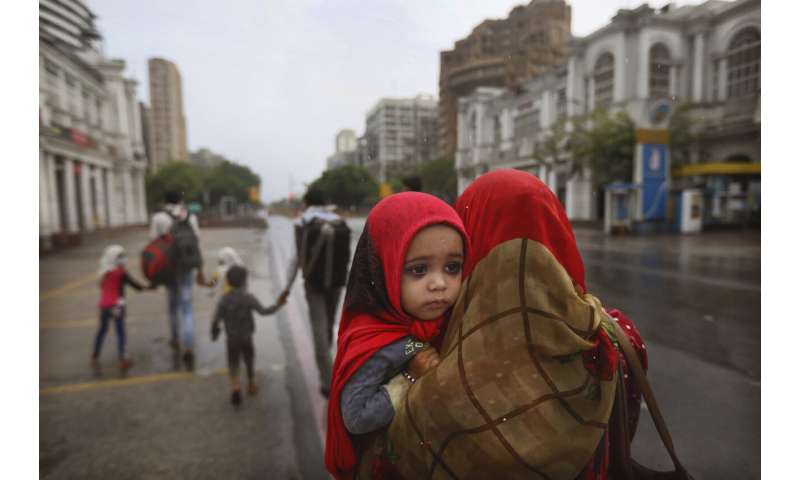 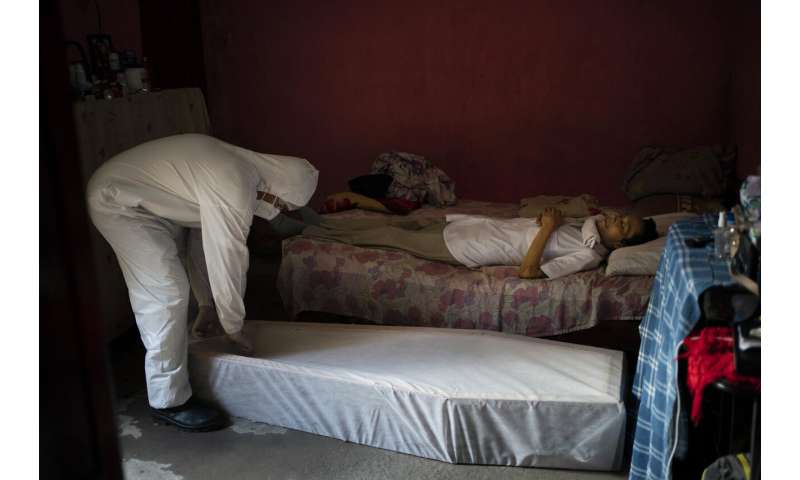 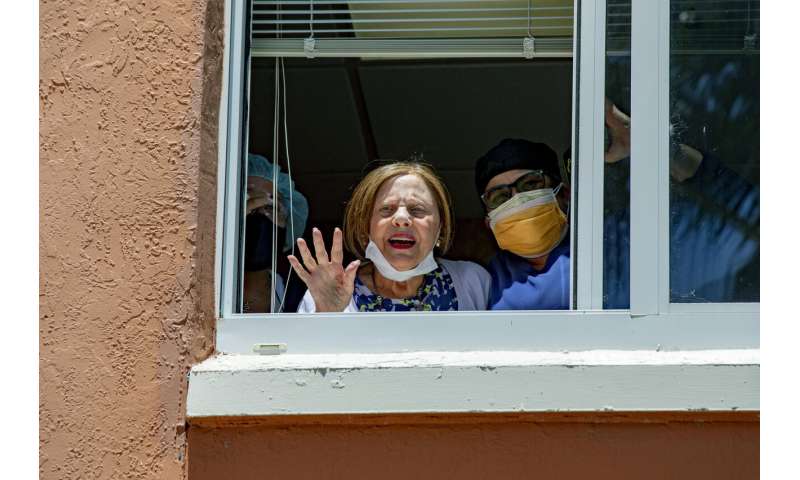 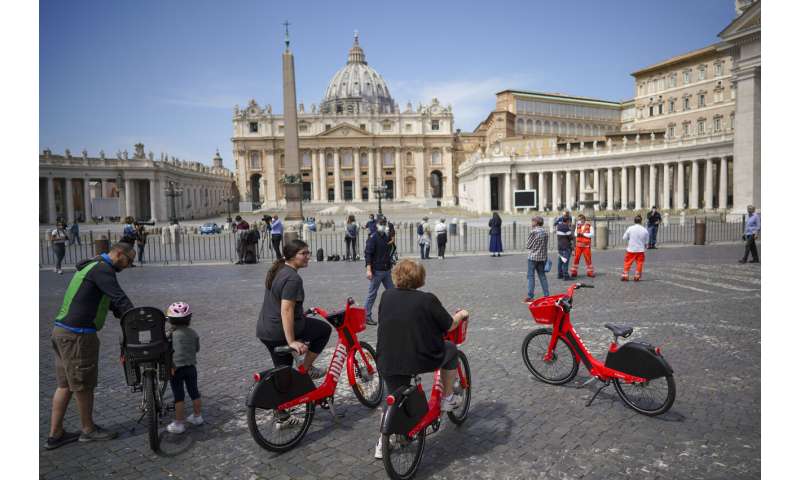 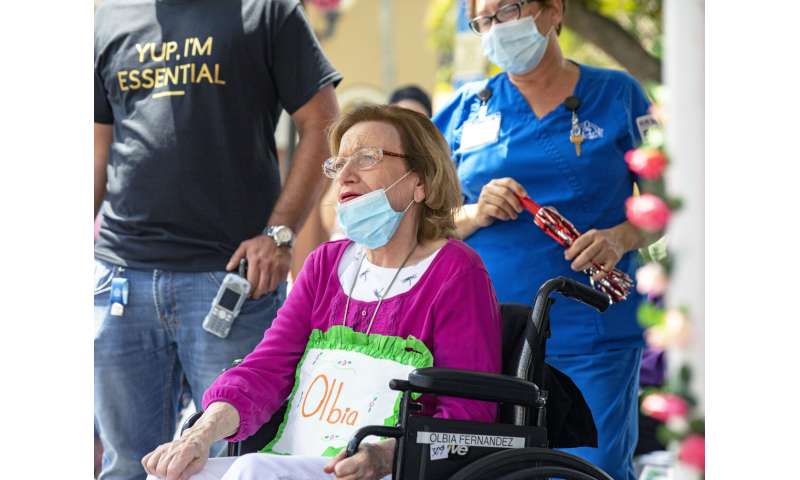 In New York, the deadliest hot spot in the U.S., Gov. Andrew Cuomo said three children died from a possible complication of the coronavirus involving swollen blood vessels and heart problems. Cuomo was also criticized by some for not doing enough to counter the surge of deaths in nursing homes, where about 5,300 residents have died.

Three members of the White House coronavirus task force, including Dr. Anthony Fauci, placed themselves in quarantine after coming in contact with someone who tested positive.

How to Diagnose Circulatory Disorders in Diabetes
Recent Posts