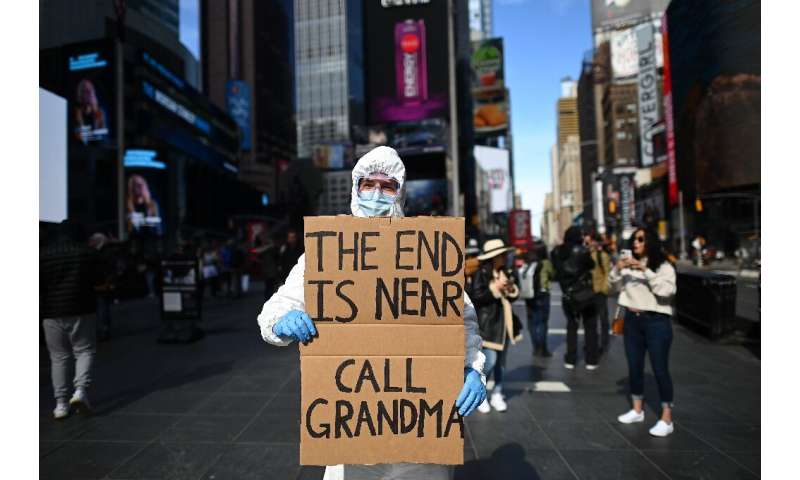 France and Spain became the latest European nations to impose lockdowns, while Australia joined New Zealand in ordering self-isolation for all arrivals Sunday as the number of coronavirus infections around the world passed 150,000, with nearly 6,000 deaths.

France ordered the closure of restaurants, bars, cinemas and nightclubs—but said food shops, pharmacies and banks would remain open, and pressed ahead with voting for local elections on Sunday despite the virus threat.

Spain imposed a near-total nationwide lockdown, banning people from leaving home except to go to work, get medical care or buy food.

COVID-19 has so far claimed 196 lives in Spain, making it the worst-hit European country after Italy. Prime Minister Pedro Sanchez’s wife is among those infected.

In a sign of growing alarm, the US extended a travel ban on European nations to the United Kingdom and Ireland, starting midnight on Monday.

The restrictions threw airports across the US into disarray, with incoming travellers forced to wait hours for medical screenings.

US President Donald Trump tested negative for the disease, having come into contact with several members of a Brazilian presidential delegation who have since tested positive.

“One week after having dinner with the Brazilian delegation at Mar-a-Lago, the president remains symptom-free,” Trump’s physician Sean Conley said.

The number of COVID-19 cases worldwide has gone past 156,000 worldwide with more than 5,800 deaths, according to a tally by Johns Hopkins University. 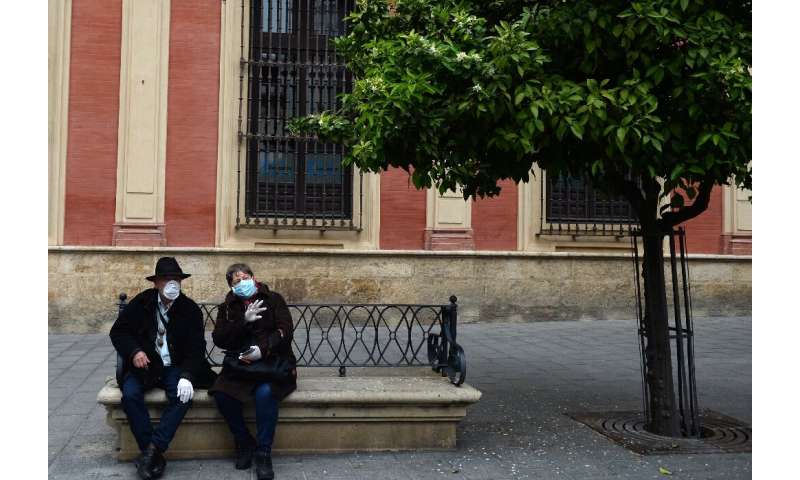 A week that saw schools and businesses shut down indefinitely, millions of travellers barred from crossing borders, celebrities and politicians infected and the whole of Italy locked down ended with a flurry of government announcements.

Australia on Sunday announced all arrivals in the country will face mandatory 14-day self-isolation, starting at midnight (1300 GMT Sunday).

“We are going to have to get used to some changes in the way we live our lives,” said Prime Minister Scott Morrison.

Trump declared a national emergency and announced a $50 billion package, with similar measures being taken by governments from Austria to Canada.

European nations ramped up border controls, while Chile has quarantined more than 1,300 people aboard two cruise ships after an elderly Briton aboard one of them tested positive for the coronavirus.

Squares and streets from Milan to Madrid were deserted on Saturday as government calls to stay at home were heeded by most. 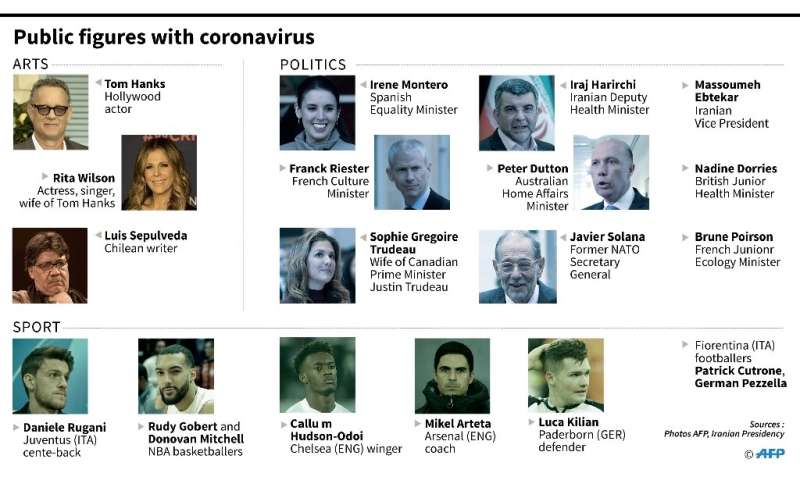 Some Italians took to singing to each other from their windows to beat the isolation, while the Vatican said Sunday that its traditional Easter week celebrations would be held without worshippers.

The country that saw the biggest increase over the last 24 hours was Italy, which recorded 175 deaths, while Iran had 97 and Spain 63.

The World Health Organization (WHO) has confirmed Europe as the new epicentre of the pandemic after a dramatic slump in domestic cases in China, where the virus first emerged in December last year.

China on Sunday reported 16 new imported cases of the coronavirus, the highest in over a week.

In a bid to stop imported infections, Beijing authorities said all international arrivals in the Chinese capital will be sent to quarantine facilities.

The human cost is rapidly being matched by the economic cost—financial markets endured a rollercoaster ride all week with spectacular losses triggered by fears of a global recession followed by huge gains after government spending pledges. 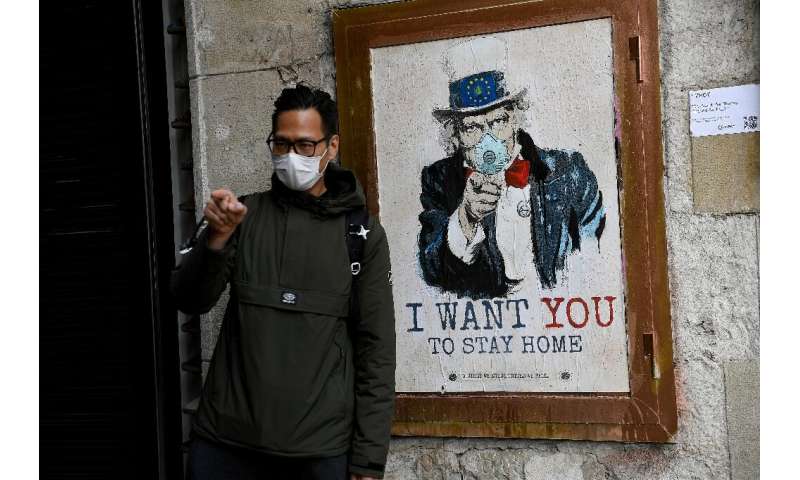 Tech giant Apple closed all of its stores outside China until March 27 while British Airways became the latest global firm to hint at drastic action to come, with CEO Alex Cruz telling staff to expect job losses.

Airlines have cancelled thousands of flights worldwide and some airports have shut terminals.

As economies reel and finance experts mull the impact, governments are also facing public health dilemmas—whether to try to stamp out the disease entirely with drastic restrictions or try to manage its spread.

British officials have argued for trying to flatten the curve—managing the outbreak to push the peak of the crisis to summer when hospitals will be able to cope better.

They have said this will help create “herd immunity”, though experts are divided over whether there is evidence to support the theory.

“We don’t know enough about the science of this virus, it hasn’t been in our population for long enough,” said the WHO’s Margaret Harris. 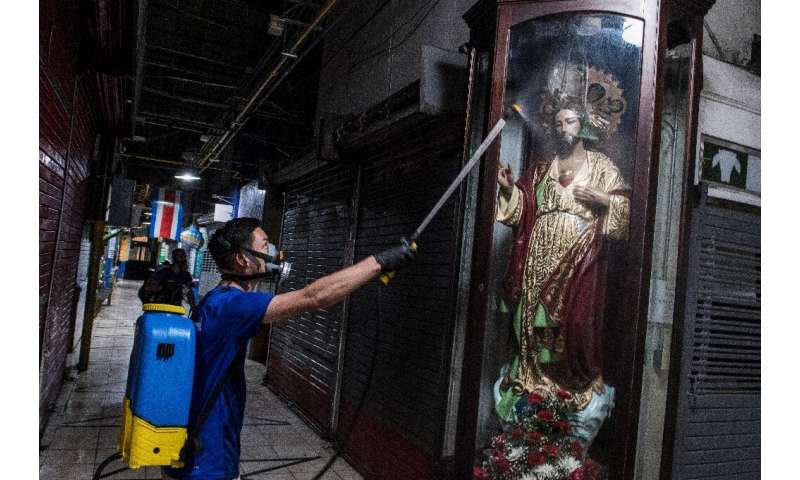 Britain had resisted imposing any major restrictions, but the media reported on Saturday that a ban on large gatherings would come into force from next weekend.

But most other governments in affected regions have already ordered drastic action.

On Saturday, the Philippines closed off its capital Manila, Saudi Arabia banned international flights and New Zealand said international arrivals had to self-isolate.

Africa has so far been spared the worst of the illness, but Rwanda declared its first case on Saturday in a sign of the widening global spread and Madagascar said it was suspending flights to Europe for a month from March 20.

Also growing was the impact on the sporting calendar, with football seasons curtailed, Formula One races postponed and cricket tours called off.