You are here:
Home / Health News / Plant-derived compound isorhamnetin may have antiviral potential against SARS-CoV-2

The lack of new or repurposed drugs to treat patients with severe or critical coronavirus disease 2019 (COVID-19) has been one of the biggest hurdles to reducing mortality rates in the ongoing pandemic caused by the severe acute respiratory syndrome coronavirus 2 (SARS-CoV-2). A new study, published online in the journal Drug Development Research, describes the potential for the use of the plant molecule isorhamnetin in the management of this virus. 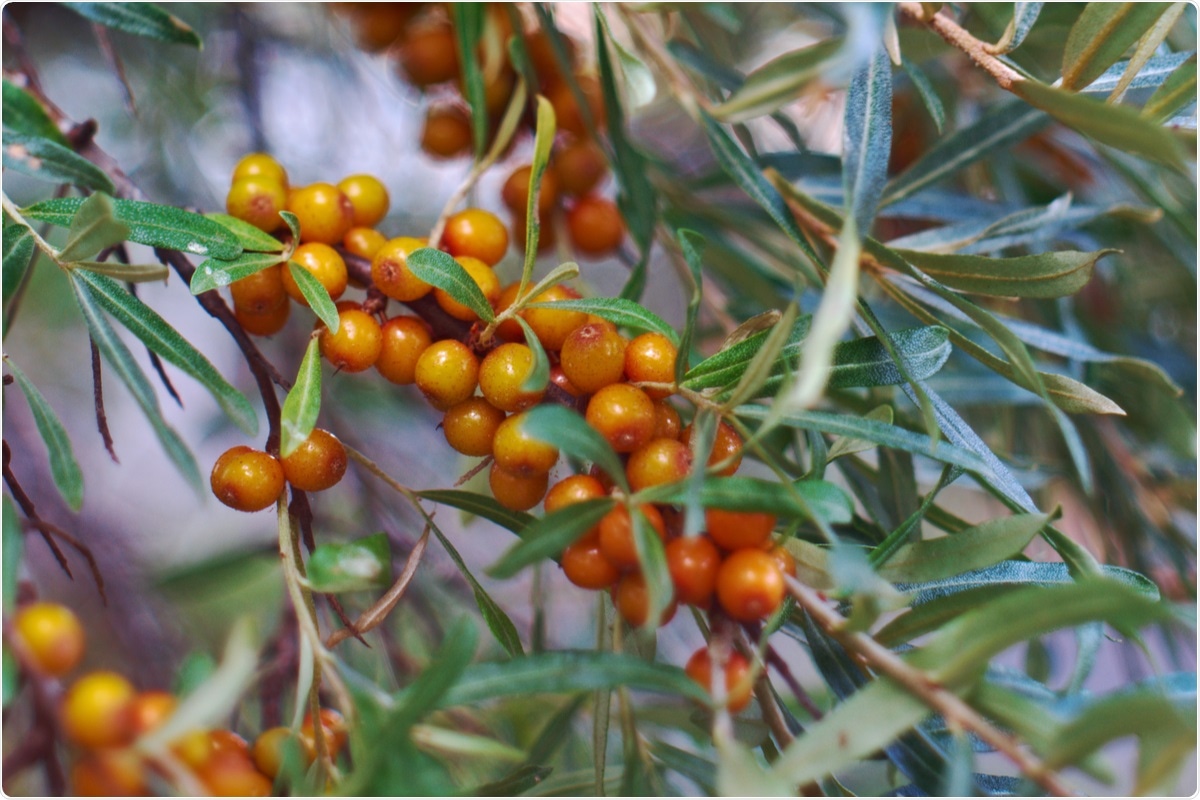 There is little doubt that the COVID-19 pandemic has been the largest public health crisis in recent memory. Though mostly asymptomatic, there is a sizable minority of SARS-CoV-2 infections that are characterized by flu-like and respiratory symptoms and signs, progressing in some cases to acute respiratory distress syndrome (ARDS), sometimes accompanied by multiorgan dysfunction and death.

Though vaccines have been rolled out, the emergence of new variants of the vaccine with immune evasion capabilities poses a continuing challenge to controlling the virus. As the death toll continues to rise, effective antivirals to prevent and treat the infection remain a sought-after goal.

The virus engages the angiotensin-converting enzyme 2 (ACE2) on the host cell receptor in order to gain entry to the cell and begin replication. ACE2 is expressed on a variety of cells and a modulator of the renin-angiotensin system, which regulates blood pressure.

The virus-receptor interaction involves the viral spike protein at its receptor-binding domain (RBD). Once the spike is bound to ACE2, the latter undergoes cleavage and enters the cell, carrying along with the bound virus by endocytosis.

This interaction is an attractive target for therapeutic development, as it could prevent virus-receptor binding and prevent the transmission of the virus to others.

Sea buckthorn to the rescue?

Earlier studies show the potential role of plant metabolites in the prevention of viral infection, such as green tea and honeysuckle. The plant called seabuckthorn (Latin name: Hippophae rhamnoides) has berries that are part of traditional medicine practices in parts of Asia.

These fruits have antioxidant, antiviral and anti-inflammatory activity. Its antiviral activity extends across avian influenza and herpes viruses.

More than 200 bioactive compounds have been isolated from them. These include the flavonoids isorhamnetin and quercetin.

The activity of sea buckthorn berries against SARS-CoV-2 was the subject of the current study.

The use of chromatographic analysis revealed that isorhamnetin and quercetin, the primary active flavonoids in sea buckthorn berries, bind to ACE2 with high affinity. These compounds were not toxic to the bound cells, which showed no decrease in viability nor any change in the intracellular movement of ionized calcium.

Using a cell assay, the effect of isorhamnetin on the entry of the SARS-CoV-2-spike pseudotyped virus was examined. The use of such particles obviates the need for biosafety level III (BSL3) precautions when studying the virus, which is extremely infectious and has a relatively high mortality rate.

On exposure to isorhamnetin, viral entry fell by more than half of the original value. This reduction was not found with quercetin treatment. Thus, this suggests that isorhamnetin does inhibit viral entry in vitro.

Molecular docking analysis showed that the viral spike receptor-binding domain (RBD) had been shown to bind to ACE2 at several locations. Of these, the K353, E37, and H34 locations on the ACE2 were found to be bound by isorhamnetin, indicating that it has these three amino acids in common with the virus.

Isorhamnetin is a major constituent of sea buckthorn berries, and the findings of this study indicate that this plant, used in traditional Chinese medicine (TCM), does indeed have the potential to prevent infection by SARS-CoV-2.

The results show that isorhamnetin is an ACE2 antagonist, and inhibits the entry of SARS-CoV-2 spike-expressing pseudoviral particles into cells bearing these receptors. While earlier research has indicated the potential of this compound against this virus, its activity was predicted to be against the spike, the viral proteases or RNA‐dependent RNA polymerase (RdRp), or the ACE2 receptor.

These predictions were based on in silico studies, while the current study used experimental methods to confirm that isorhamnetin has antiviral activity against the pseudoviruses. This underlines the need to examine its development as a lead compound that blocks the spike-receptor interaction in the fight against this virus.