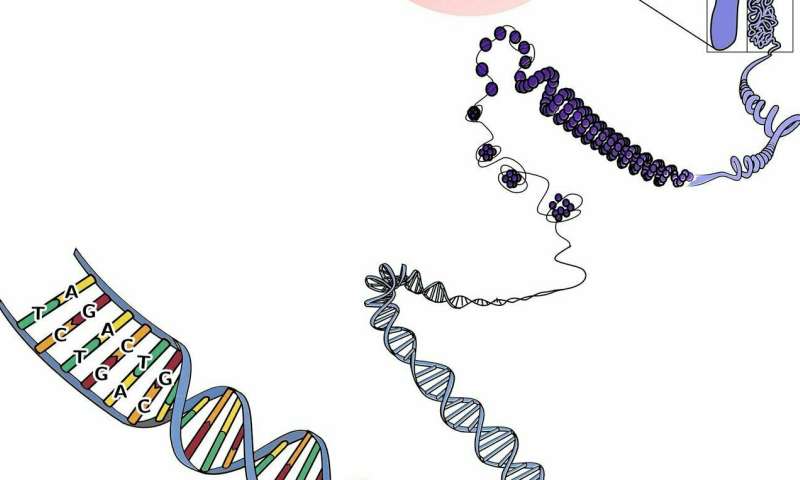 An analysis of 13,000 tumors highlights two previously overlooked genes as potential new therapeutic targets for cancer treatment. The researchers have also identified potential new therapeutic targets for male infertility. Both findings are the result of the most comprehensive evolutionary analysis of RNA modification proteins to date, published today in the journal Genome Biology.

RNA is a fundamental molecule of life involved in coding, decoding, regulating and expressing the genes stored in DNA. Cells often modify RNA’s constituent code for a specific purpose, such as tagging the molecule for degradation, or marking it so that the immune system recognizes it and doesn’t destroy it.

Modifying an RNA molecule can profoundly affect the fate of a living organism, including its development, sex or circadian rhythm. Up to 100 human diseases are linked to defects in the RNA modification process. RNA modification proteins (RMPs) play a key role in this process, adding or removing chemical groups to the sequence and altering the original code copied from DNA. Recent technological advances have made it possible to study how and where RNA is edited and modified, leading to the nascent field of epitranscriptomics.

In this study, researchers at the Centre for Genomic Regulation in Barcelona carried out the most comprehensive evolutionary analysis of human RMPs to date, studying how they behave across 32 tissues, 10 species and 13,358 paired tumor-normal human samples. They found that RMP expression hugely varies across different types of tissues, cancer types and cancer stages.

Genes that code for RMPs were particularly over-expressed in testicular tissue. The majority of RMPs were expressed at the earliest stages of sperm formation, but a few in more advanced stages, such as the proteins ADAD1 or NSUN7. Depletion of these proteins is known to cause infertility, and thus could be used as future therapeutic targets for infertility.

Two RMPs were also found to be highly expressed in the epididymis, the tissue connecting the testes and the ejaculatory duct. One of these is TRDMT1, which has previously been shown to play a major role in the transmission of paternal epigenetic information across generations. According to the researchers, the findings offer clues into how RMPs can transmit environmental information like stress or diet through sperm.

The study also looked at the role of RMPs in cancer. The researchers analyzed RMP gene expression across 13,358 samples from 28 different types of human tumors.

Twenty-seven percent of all known human RMPs were dysregulated in cancers, significantly more than expected. HENMT1 and LAGE3 were the two most frequently over-expressed genes across a wide variety of cancer types. They were consistently over-expressed in tumors at various stages of progression, particularly at stages III and IV, and could be promising drug targets for anti-tumor therapies.

According to Eva Novoa, researcher at the Centre for Genomic Regulation and lead author of the study, some cancer drugs, like the FTO inhibitors, potential drugs to treat glioblastomas, already target RNA modification machinery to treat tumors. These drugs have received a large amount of attention in the last few years because of the abundance and ease of detection of the RNA modifications they target.

“Here, we provide a short-list of RMPs that constitute promising drug targets in specific cancer types. We hope our work will inspire new lines of research in antitumoral therapies,” says Eva Novoa. “We already have important drugs like FTO inhibitors that use the machinations of RNA modification to treat cancer. It’s exciting to point to several other overlooked pathways that could be future therapeutic targets.”