You are here:
Home / Health News / Fad diets DO work… but only for a year, new study suggests

Fad diets DO work… but only for a year, new study suggests

Fad diets DO work… but only for a year: Health benefits such as weight loss and blood pressure vanish after 12 months, new study suggests

After months of counting calories and saying no to desserts, those on a diet will not want to hear this.

But improving eating habits will only keep weight off for less than a year and improvements in blood pressure will also disappear, according to a study.

Scientists looked at 14 popular food fads, including fashionable Atkins and Paleo diets, which were followed for an average of 26 weeks.

They found those on these diets tended to lose around 8.8lb after half a year. 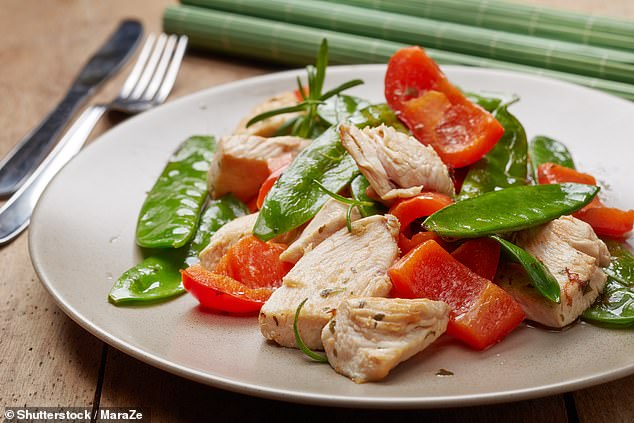 Scientists looked at 14 popular food fads, including fashionable Atkins and Paleo diets, which were followed for an average of 26 weeks

But while this was the case six months after starting a diet, they were barely any thinner after a year. Across all the diets, 12 months on they managed to keep off only 2.2 to 4.4lb.

The findings come from analysis of 121 separate scientific studies, following almost 22,000 adults on diets and comparing their results with those who continued eating as normal. The only diet which appeared to help people stay healthier a year on was the simple Mediterranean diet, where people eat lots of vegetables, fruit, nuts and whole grains while keeping red meat to a minimum.

This reduced ‘bad’ cholesterol by a small amount after 12 months.

Professor Gordon Guyatt, co-author of the study from McMaster University in Canada, said: ‘The main message from this research is that various types of diet can cause moderate weight loss, reduce blood pressure and lower bad cholesterol. But that weight loss was reduced and the benefits for blood pressure and cholesterol disappeared after a year – it’s unfortunate but that’s life.

‘A healthier lifelong lifestyle is probably a better idea than a short-term diet for improving long-term health.’

The studies analysed by the researchers involved people with an average age of 49, who were overweight or obese.

The Atkins and heart-healthy DASH diets were judged best for lowering both weight and blood pressure. The Atkins diet helped people lose 121b on average compared with those who ate as normal. The DASH diet – which is high in fruit and vegetables, as well as whole grains and low-fat dairy products – helped people lose an average of 8lb after six months.

But regardless of the initial weight loss, researchers concluded that there was a small difference between the impact of different diets at six months, and almost none after a year.

This means it may not matter which diet fad you choose to follow. All diets looked at had a similar effect, while doing nothing to significantly improve levels of ‘good’ cholesterol or inflammation in the body.

The authors, whose review is published in the BMJ, concluded that people should simply pick the diet they prefer. 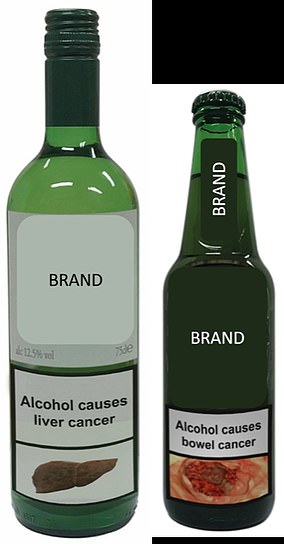 Health warning labels on alcohol and snacks may encourage people to avoid them, a study has found.

Warnings are currently only displayed on cigarette packets and tobacco products.

The universities of Bristol and Cambridge showed more than 5,500 participants warnings on wine and beer about seven types of cancer, heart disease or liver disease and cirrhosis.

Participants were most horrified by pictures and text about bowel and liver cancer. The same result for bowel cancer was seen for warnings on a chocolate bar, shown to more than 4,600 people.

While participants disliked the health warnings, they accepted them more on chocolate than alcohol, the study published in the BMC Public Health journal found.

Dr Gareth Hollands, senior author of the study from Cambridge university said: ‘The finding … could be due to heightened public awareness of the health consequences of excess energy intake and obesity.’

But he added that ‘many participants expressed negative views of the possible use of such labels’.