You are here:
Home / Health News / Many moms-to-be are stressed, and it might affect baby’s brain

Many moms-to-be are stressed, and it might affect baby’s brain 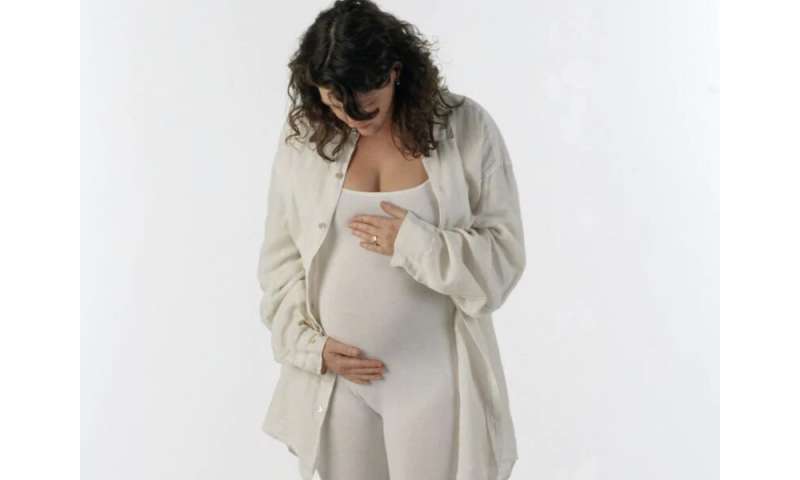 (HealthDay)—Many mothers-to-be feel overwhelmed by stress, and it might have implications for their babies’ brain development in the womb, a new study suggests.

The researchers found that even in a group of highly educated, healthy pregnant women, stress and anxiety were common. More than one-quarter reported higher-than-average levels of “perceived stress,” while a similar number had anxiety symptoms. Another 11% had depression symptoms.

And on average, the study found, mothers’ mental health symptoms correlated with differences in fetal brain structure and chemistry.

Using specialized MRI scans, researchers saw that the fetal hippocampus tended to be smaller when moms-to-be were distressed. That part of the brain is involved in forming new memories, and facilitating learning and emotional control.

There were also signs of increased “gyrification” in the brain’s surface. That refers to the formation of the characteristic “folds” that mark the outer layer of the brain. The way that folding plays out may affect the ultimate amount of brain matter that develops—the number of neurons and connections among them, explained Dr. Rahul Gupta.

Gupta, who was not involved in the study, is chief medical and health officer for the nonprofit March of Dimes.

He said the findings offer new insight into the importance of mental well-being during pregnancy, and have “potentially huge implications for moms-to-be.”

“This suggests psychological distress may be as important as the physical disorders we monitor for in pregnancy,” Gupta said.

There are still key questions to be answered, though: Do the fetal brain differences linked to moms’ distress necessarily persist after birth? Do they manifest as problems later in childhood?

Past research has shown that impairments in these same fetal brain areas may be linked to difficulties with learning, attention, memory and emotional control, said Catherine Limperopoulos, the senior researcher on the study.

But, she added, “long-term follow-up is needed to confirm whether these developmental problems emerge in our population during infancy and childhood.”

Limperopoulos directs the Center for the Developing Brain at Children’s National Hospital, in Washington, D.C. She said her team became interested in studying prenatal stress because when they were recruiting pregnant women for their research, “many readily discussed feeling psychological distress.”

She noted that, when asked, “these women spoke freely about the anxiety and stress they were feeling.”

To dig deeper, the researchers recruited 119 healthy pregnant women who agreed to have two fetal brain MRI scans during the third trimester. At both visits, the women also completed standard questionnaires on perceived stress, and anxiety and depression symptoms.

The stress scale asked them about their feelings over the past month—including how often they’ve felt overwhelmed by daily responsibilities or unable to handle personal problems.

As a group, the women were highly educated, with higher-income, professional jobs. But that did not buffer them against distress, it turned out.

Overall, 27% scored above-average on that scale. Nearly as many (26%) scored above the cutoff for anxiety symptoms, while one in 10 scored that high on the depression measure.

In general, the researchers found, those maternal symptoms correlated with differences in fetal brain structure. There were also signs that brain biochemistry differed: Moms’ depression symptoms were associated with lower levels of creatine and choline in the fetal brain.

Normally, levels of those chemicals shoot up late in pregnancy, as new cells form at an increasing rate, the study authors noted.

Whether any of those brain differences will mean trouble ahead remains to be seen.

But, Gupta said, the findings raise questions about whether doctors should be doing more to assess mental well-being in pregnant women.

Limperopoulos agreed. “The validated screening tools are there,” she said. “We need to make it simple and routine to have these essential conversations and dispel lingering stigma attached to mental health concerns, so moms and their babies will be healthier.”

For now, Gupta encouraged pregnant women to discuss any mental health issues with their doctor. “If you’re suffering from these symptoms, work with your provider to figure out what you can do,” he said.

Related posts:
Tags: affect and are baby's brain it many might moms-to-be stressed
SHARE ON SOCIAL MEDIA
RELATED NEWS