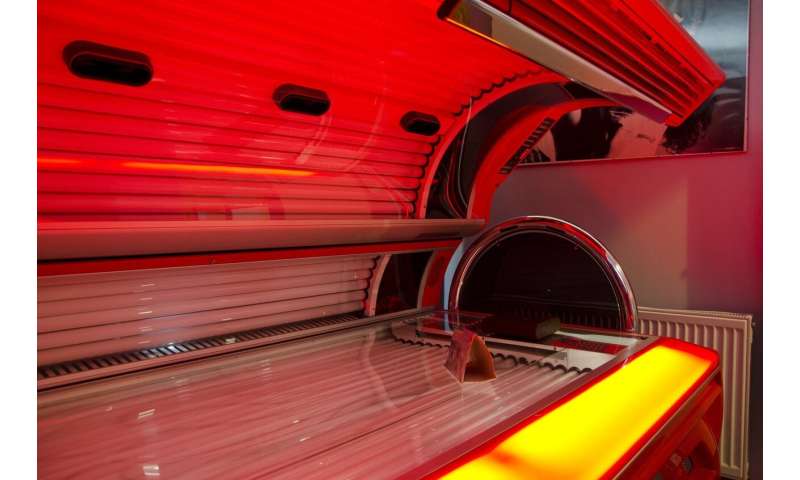 As with research funded by the tobacco and sugar industries, the new finding suggests that people should consider whether studies on indoor tanning and exposure to ultraviolet rays were supported by organizations with possible conflicts of interest.

“Studies with financial links to the indoor tanning industry were much more likely to discuss perceived benefits of indoor tanning and to downplay the harms,” said Eleni Linos, MD, DrPH, professor of dermatology, who sees patients at Stanford Health Care’s dermatology clinic at the Hoover Pavilion. “The association is quite striking. We need scientific data to be independent of industry influence. I am concerned that funding sources may influence the conclusions of these papers.”

A paper describing the research will be published Feb. 4 in the British Medical Journal. Linos is the senior author. Lola Adekunle, MD, a postdoctoral scholar, and graduate student Rebecca Chen share lead authorship.

In 2009, the World Health Organization listed the ultraviolet light used in tanning beds as a group 1 carcinogen—its highest cancer-risk category. But many people cite perceived benefits of indoor tanning, including mood enhancement, the role played by ultraviolet radiation in the production of vitamin D and the achievement of a “base tan” believed to protect against more serious skin damage. According to the American Academy of Dermatology, more than one-third of adults in the United States and over half of college students have reported using a tanning bed at some point in their lives.

Linos and her colleagues surveyed previously published scientific literature to identify articles focused on indoor tanning and health. The articles included reports on original research, reviews, case reports, editorials and opinion pieces, among others. A co-author of the study, research associate Lily Morrison, MPH, removed the funding information and conflict of interest statements from the papers before passing them to Adekunle and Chen, who evaluated each article’s conclusions without knowing the funding source. They scored them on a five-point scale from strongly in favor of tanning to strongly critical of tanning.

Without determining whether the content of the papers was accurate or false, the researchers than assessed whether studies with financial ties to indoor tanning came to different conclusions about the overall risks and benefits of the practice.

They found that although only 10.3% of the studies had financial ties to the industry, these studies were significantly more likely than the remaining 89.7% to be classified as “favorable” to tanning. Conversely, studies with industry ties were less likely than others to come to conclusions critical of tanning.

‘A misperception of benefits’

“Although the number of papers with financial ties to the tanning industry was relatively small, these papers may have wide traction if used in legal challenges and promotional material,” said Meghan Halley, Ph.D., a dermatology research fellow and co-author of the study. “Tanners getting these messages may develop a misperception of benefits.”