A recent study suggests that in the hours after eating a meal that is high in saturated fats, a person’s ability to concentrate is reduced. 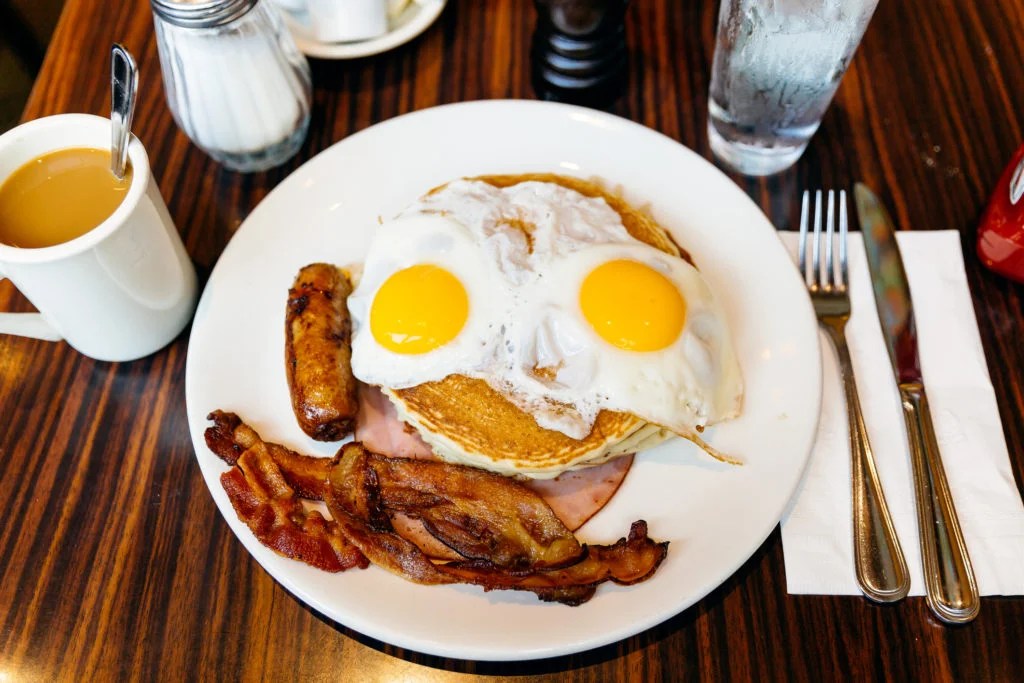 The research, published in The American Journal of Clinical Nutrition, offers further evidence of a relationship between a person’s gut and their brain. It also provides people with another reason to reduce the amount of saturated fat in their diet.

The Office of Disease Prevention and Health Promotion advise that people limit the number of saturated fats they consume from animal sources, such as meat, poultry, and dairy.

Debates over the role of fat consumption and peoples’ overall health rage around the world, as experts and public health bodies offer differing views.

However, according to a 2018 article in the BMJ that reviewed the current state of the literature on fats and human health, “[m]uch of the evidence suggests that the risk of coronary heart disease is reduced by replacing saturated fat with polyunsaturated fats (including plant oils) but not when carbohydrate is the replacement nutrient.”

In addition to this, there is a body of evidence that demonstrates a relationship between a person’s gut — in particular, the stomach and the intestines — and a person’s brain (and their consequent cognitive functioning); what scientists call the gut-brain axis.

In the present study, the researchers looked at the effects of saturated fats on a person’s short term levels of concentration.

To do this, they drew on data that researchers had gathered for a separate study that explored the effects that meals high in saturated fats had on inflammation and tiredness among women who had had cancer.

On the day of the assessment, each of the 51 participants took a continuous performance test to identify a baseline. This test measures concentration, sustained attention, and reaction times.

The participants then ate one of two meals of turkey sausage, eggs, biscuits, and gravy. Both meals contained 60 grams (g) of fat — one meal was high in saturated fat, while the other contained sunflower oil, which is low in saturated fat.

After 5 hours, the participants took another continuous performance test.

Between 1 and 4 weeks later, the participants returned to take the tests again, but this time they switched which meal they ate.

Before the day of the assessment, the participants ate three standard meals and then fasted for 12 hours before consuming the high fat meal. The researchers also accounted for confounding factors that may have affected the participants’ relative levels of cognitive functioning.

According to Annelise Madison, lead author of the study and a graduate student in clinical psychology at The Ohio State University, “[m]ost prior work looking at the causative effect of the diet has looked over a period of time. And this was just one meal — it’s pretty remarkable that we saw a difference.”

While one of the two meals had relatively lower levels of saturated fat, both meals contained a significant amount of fat overall.

“Because both meals were high fat and potentially problematic, the high-saturated-fat meal’s cognitive effect could be even greater if it were compared to a lower fat meal,” Madison noted.

The researchers also looked at the effects that a compromised gut barrier may have on concentration after the participants consumed the fatty meals.

To do this, they looked at the levels of endotoxemia markers in the participants’ blood. These are markers that appear in the bloodstream when a person’s has a compromised gut.

According to Madison, “[i]f the women had high levels of endotoxemia, it also wiped out the between-meal differences. They were performing poorly no matter what type of fat they ate.”

Although the study did not explain why foods high in saturated fats may adversely affect a person’s cognitive functioning, Madison notes that they can increase inflammation, which may also affect a person’s brain.

“It could be that fatty acids are interacting with the brain directly. What it does show is the power of gut-related dysregulation,” Madison said.