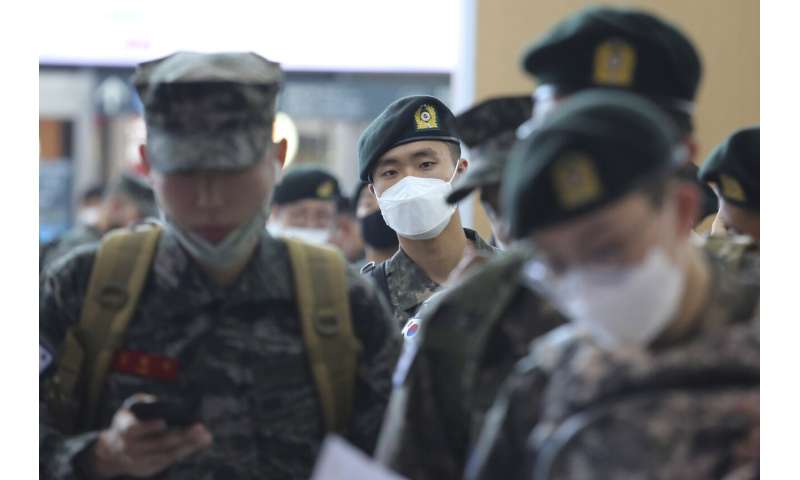 China and South Korea both reported more coronavirus infections Friday after reopening economies damaged by devastating outbreaks. Around the globe, governments are opting to accept the risks of easing pandemic-fighting restrictions that left huge numbers of people without income or safety nets.

In the U.S., some governors are disregarding or creatively interpreting White House guidelines in easing their states’ lockdowns and letting businesses reopen. An Associated Press analysis found 17 states appeared to have not met one of the key benchmarks set by the White House for loosening up—a 14-day downward trajectory in new cases or positive test rates.

Worries over future waves of infections reflect the difficulty of fighting a disease that leaves many of those infected with scant or no symptoms, even as thousands lose their lives to pneumonia and other virus-related illness.

South Korea’s 13 fresh cases reported Friday were its first increase higher than 10 in five days. A dozen were linked to a 29-year-old who visited three nightclubs in Seoul last weekend.

After its caseload waned from hundreds a day to a handful daily in recent weeks, South Korea has relaxed social distancing guidelines, scheduled school reopenings and allowed professional sports to resume without fans in the stands. 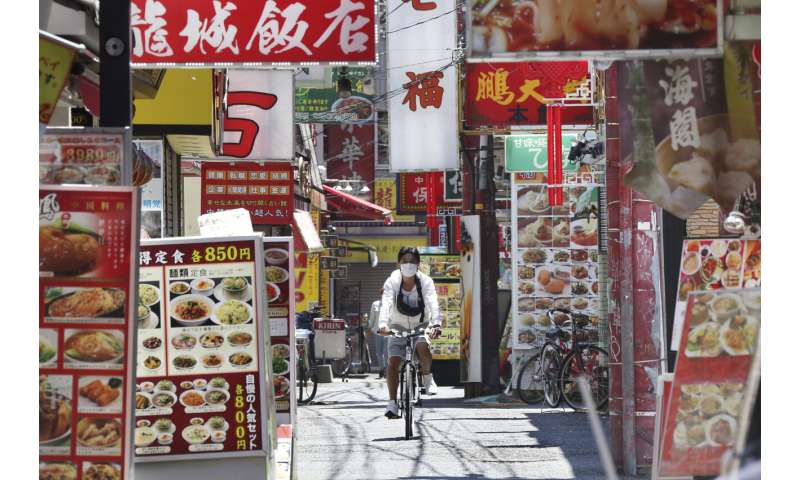 In China, where the new coronavirus first emerged, authorities reported 17 new virus cases on Friday, including 16 that tested positive but were not showing symptoms. No new deaths have been reported for more than three weeks, and just 260 people remain hospitalized to be treated for COVID-19.

The dire stakes of the pandemic have contributed to a surge in anti-foreigner sentiment including denying medical treatment to migrants and refugees, U.N. Secretary-General Antonio Guterres said. He appealed for an end to the “tsunami of hate and xenophobia, scapegoating and scare-mongering.”

The U.N. is urging governments, companies and billionaires to contribute to a $6.7 billion appeal to fight the coronavirus in poor countries, warning that failure to help could cause a “hunger pandemic,” famine, riots and conflict.

Worldwide, the virus has infected more than 3.8 million people and killed over 268,000, according to a tally by Johns Hopkins University based on official data. More than 1.2 million Americans have been infected and 75,000 have died. But everywhere, limited testing, differences in counting the dead and concealment by some governments undoubtedly mean the true scale of the pandemic is much greater. 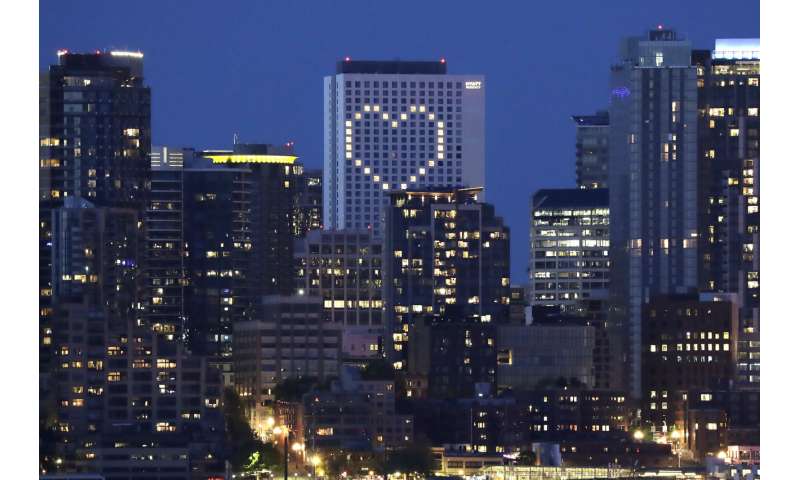 This week, University of Washington researchers nearly doubled their projection of deaths in the U.S. to about 134,000 through early August, largely because the loosening of stay-at-home restrictions will mean the virus spreads to more people.

An Associated Press analysis found many states that have begun to ease shutdowns or are about to do so have not yet attained a steady decline in cases and deaths. They include Alabama, Kentucky, Maine, Mississippi, Missouri, Nebraska, Ohio, Oklahoma, Tennessee and Utah.

The AP analyzed counts of tests and confirmed cases compiled by Johns Hopkins and looked at the numbers using a rolling seven-day average to account for day-to-day variability in test reporting.

The broad wording of the nonbinding guidelines means other states, including Georgia, have technically managed to meet the criteria and reopen. 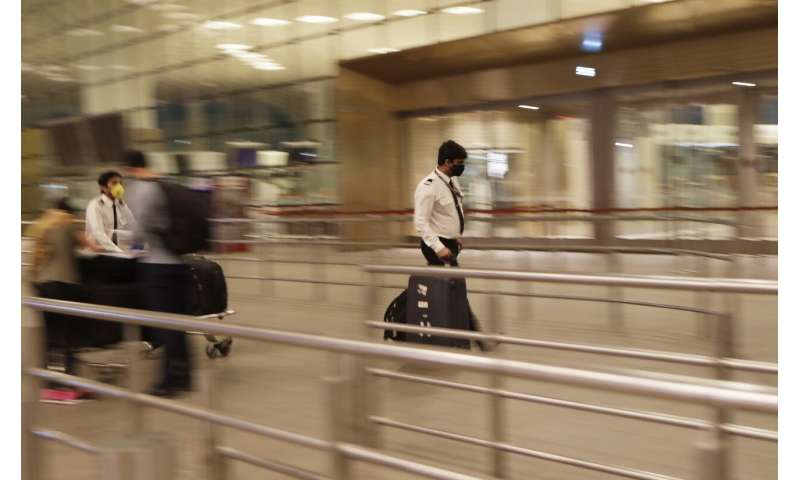 In Nebraska, new cases and positivity rates have risen recently, but Gov. Pete Ricketts, a Republican, has eased rules to allow salons, tattoo parlors, restaurants and churches to reopen with restrictions in most counties.

“We could ban just about all deaths on the interstate by reducing the speed to 5 mph, but we don’t do that,” Ricketts said, noting that the number of new cases would naturally increase as testing ramps up.

Of the 33 states that have had a 14-day downward trajectory of either cases or positive test rates, 25 are partially opened or moving to reopen within days, the AP analysis found.

California, the most populous state and the first to impose a comprehensive lockdown, is letting retailers and manufacturers reopen with safety measures as soon as Friday. The state has met at least one of the federal benchmarks, according to the AP analysis. 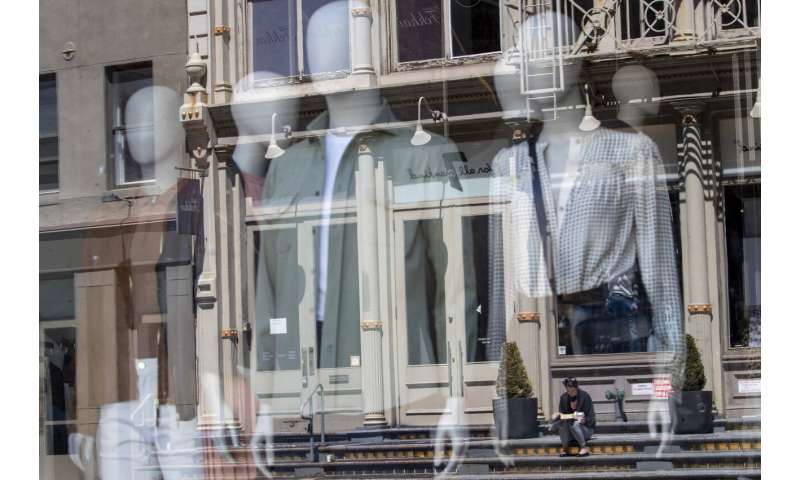 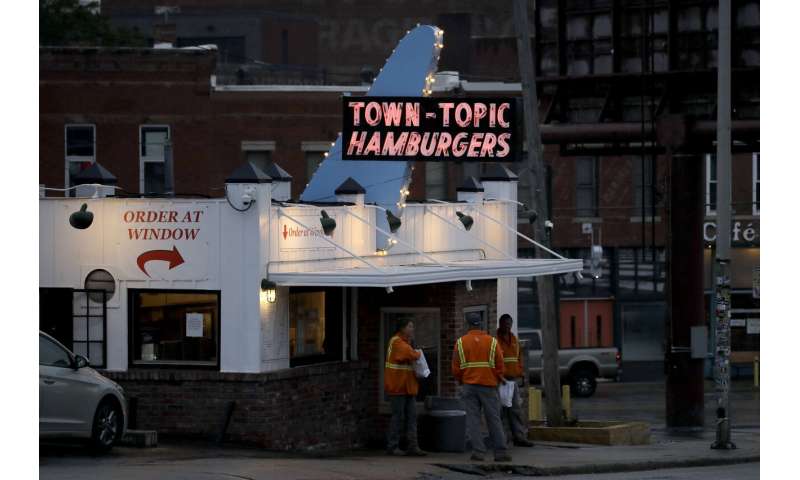 As governments grapple with when to restart their economies, the Trump administration shelved a 17-page Centers for Disease Control and Prevention document with step-by-step advice to help local authorities do it safely.

Adding to pressure to ease restrictions are the hundreds of businesses collapsing by the day. Over 33 million Americans have applied for unemployment benefits over the past seven weeks, and a highly anticipated report on Friday is expected to show U.S. joblessness as high as 16%, a level not seen since the Great Depression nearly a century ago.

Public health experts say the guidance from the White House has been anything but clear, while pushing responsibility for expanding testing onto the states.