You are here:
Home / Health News / Can pollution face masks really protect us from exposure to toxic particles?

Can pollution face masks really protect us from exposure to toxic particles? 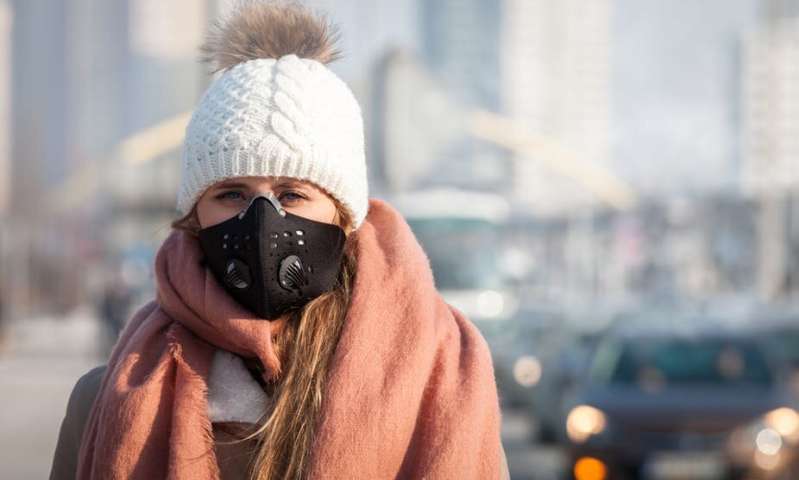 An estimated 28,000 to 36,000 deaths a year in the UK are attributed to long-term exposure to air pollution. Exposure to air pollution can cause a range of serious health complications, including lung cancer, heart disease and stroke. Pollution can come from a variety of sources, including wood burning fires and fossil fuels. But research shows that pollution from traffic might actually be worse for our health than pollution from any other source.

While there’s a push to reduce levels of urban air pollution by encouraging people to use sustainable forms of transportation such as walking and cycling, many are concerned about how much pollution they’ll be exposed to while travelling these ways. Although a review that looked at 39 studies on air pollution found that car commuters were exposed to more air pollution than other commuters, when you consider that a person breathes more air during physical exercise, cyclists and pedestrians actually inhale higher doses of pollutants than vehicle drivers.

Wearing face masks has become an increasingly common way that people are trying to reduce their exposure to air pollution while walking or cycling. But how effective they are is questionable—and it has recently been suggested that their use could actually raise risks of increased exposure to air pollution, as wearing a mask gives people a false sense of security, so they stay outside longer.

As more masks continue to become commercially available every day, it’s important to look carefully at how they’re designed if you’re considering buying one. It’s best to look for a mask that has a rating similar to those designed for use in occupational settings—as they have to meet national and international standards. In the US, these standards require that masks can block a certain number of particles to ensure a person’s safety. The ratings range from N95 (meaning it blocks 95% of particles 0.3 micrometers in diameter or larger from passing through the filter material) to N99, which should block 99% of these particles.

Because face masks commonly used by cyclists and pedestrians don’t have to conform to the same standards, it’s important to check their rating and ensure that they have an N95 or N99 rating (or the European equivalent) to ensure they protect against air pollution. But this doesn’t necessarily mean that they have been tested, or that any tests they’ve undergone were to the same standard as occupational masks. 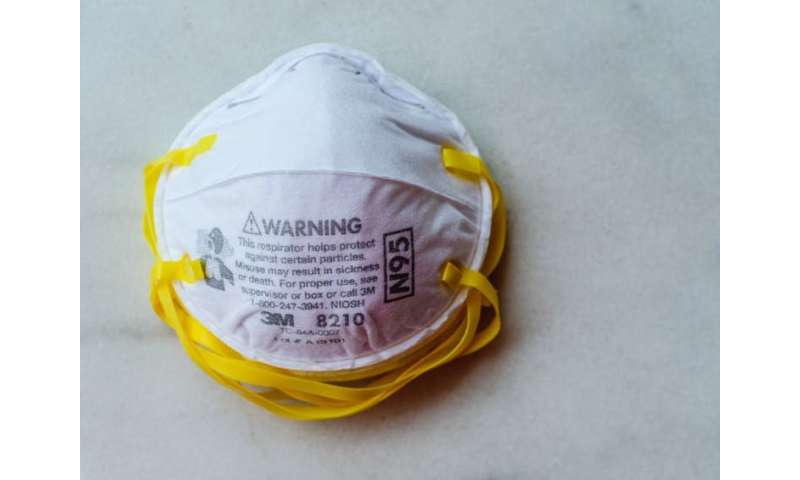 The effectiveness of any face mask is difficult to measure. There are many factors that can influence how effective the mask is, including particle size and source, mask type, face shape, and a person’s breathing rate. In 2018 researchers in Barcelona examined the effectiveness of nine different commercially available respirator masks, ranging in price from €1 to €44, when exposed to typical urban traffic.

The masks were fitted onto a dummy head. The researchers then measured how many and what types of pollution particles were found at the entrance of the mouth. For particles measuring 2.5 micrometers or less in diameter (PM2.5), the masks varied in their efficiency of filtering particles from the air from 14-96%. Particles of this size come from human-made sources, including traffic and industrial pollution and smoke from fires. But for ultrafine particles, this efficiency was considerably lower—ranging between only 5% and 65%. These particles are below 0.1 micrometer in diameter, but they also come from similar sources as particles 2.5 micrometers in diameter. Ultrafine particles might be more harmful to our health because their size means they can penetrate deep into the respiratory system.

Although the researchers found the best results came from the €20 mask, they concluded that when selecting a face mask one should consider the quality of the filter, the number of different filter layers and how well it fits.

However, a real person might be exposed to more pollution than the dummy head used in the study as there could be leakage between the edge of the mask and a person’s face. This leakage is dependent on factors such as the size and shape of a person’s face, whether they have facial hair, and whether the mask is worn properly.

Evidence shows that even short-term exposure (around a week) to ultrafine particles is linked with lung inflammation and cardiovascular changes, including changes to heart rate and blood pressure. In fact, these ultrafine particles contribute to the toxicity of airborne particulate matter, but their overall contribution on how toxic the particulate matter is currently remains unclear.

Not matter how effective the face mask, cyclists and pedestrians will still be exposed to some level of pollution. Breathing air with high levels of nitrogen dioxide – which is commonly emitted by petrol or diesel cars—can cause or worsen respiratory problems. Exposure can also be reduced by cycling or walking on quiet routes and town planners can design healthier cities by keeping foliage where possible between pedestrians, cyclists and motor vehicles. Using an e-bike requires less energy and might also reduce the breathing rate of cyclists—and their overall pollution exposure.