You are here:
Home / Health News / Gene therapy can protect against ALS and SMA-related cell death

Gene therapy can protect against ALS and SMA-related cell death 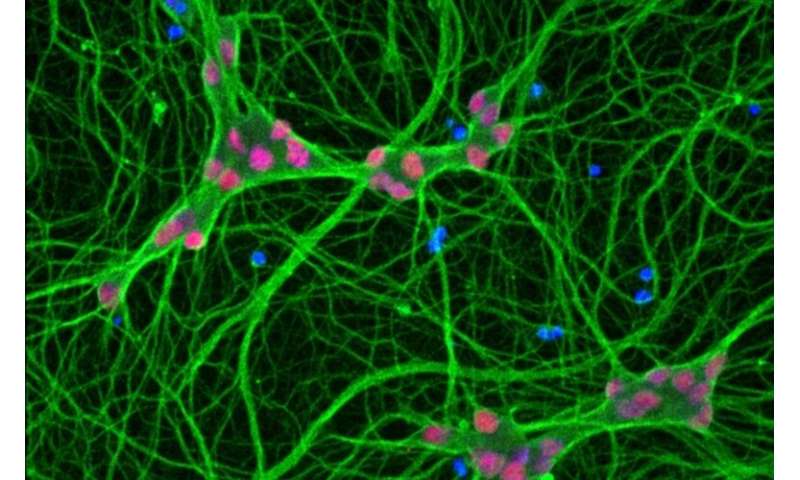 Researchers at Karolinska Institutet in Sweden and the University of Milan in Italy have identified a gene in human neurons that protects against the degeneration of motor neurons in the deadly diseases ALS and SMA. Gene therapy in animal models of these diseases was shown to protect against cell death and increase life expectancy. The study is published in the eminent journal Acta Neuropathologica.

Amyotrophic lateral sclerosis (ALS) and spinal muscular atrophy (SMA) are deadly diseases characterized by a gradual loss of motor neurons. Since these neurons control all voluntary muscles in the body, this loss leads to muscular atrophy, weakness and paralysis. However, some motor neurons are more sensitive than others, so that those in the spinal cord, for example, are extremely sensitive to degeneration, while the ocular motor neurons in the brain stem, which we use to move our eyes, are highly resistant.

Researchers at Karolinska Institutet and the University of Milan have now identified a gene, Synaptotagmin 13 (SYT13), that is relatively abundant in resistant oculomotor neurons in mice, rats and humans compared with the sensitive motor neurons in the spinal cord. SYT13 codes for (gives rise to) a protein that belongs to a group of membrane proteins.

In experiments with human motor neurons formed from induced pluripotent stem cells (iPS cells) taken from ALS and SMA patients, the researchers were able to show that the introduction of SYT13 protects the cells from degeneration by reducing endoplasmatic reticulum (ER) stress and blocking programmed cell death. The gene had a protective effect regardless of the genetic causes of the diseases.

“This is extremely useful from a therapeutic perspective, since the mechanisms behind neuronal loss are largely unknown in 90 percent of all ALS patients and can differ from one individual to another,” says Eva Hedlund, researcher at the Department of Neuroscience, Karolinska Institutet, and one of the senior authors of the study.

There are currently no effective treatments for ALS and its causes are known only in the 10 percent of patients that present with familial inherited disease. SMA, on the other hand, is caused by mutations in a gene called survival motor neuron 1 (SMN1). Two new SMA therapies targeted at SMN1 were recently approved with very promising results, but the benefits vary depending on the time of treatment and the degree of disease severity.

“New complementary treatments for SMA and a form of therapy that helps all patients with ALS, regardless of pathogenesis, are needed,” says Stefania Corti, researcher of the Centro Dino Ferrari, University of Milan, IRCCS Fondazione Ca’ Granda, Ospedale Maggiore Policlinico, and the other senior author of the study.