You are here:
Home / Health News / You Don't Have To Lock Yourself Inside At All Times To Practice Social Distancing

Ever since the novel coronavirus was declared a pandemic by the World Health Organization on March 11, life looks…different. Sporting events, parades, festivals, and concerts are being cancelled. Tons of people are putting travel plans on hold, and flights between the U.S. and Europe are temporarily banned.

So. Yeah. What does this mean for those plans you had to meet friends for dinner, go to that house party, or, I dunno, go to the gym/a park/the movies/a grocery store this weekend? (You know, your normal stuff.) 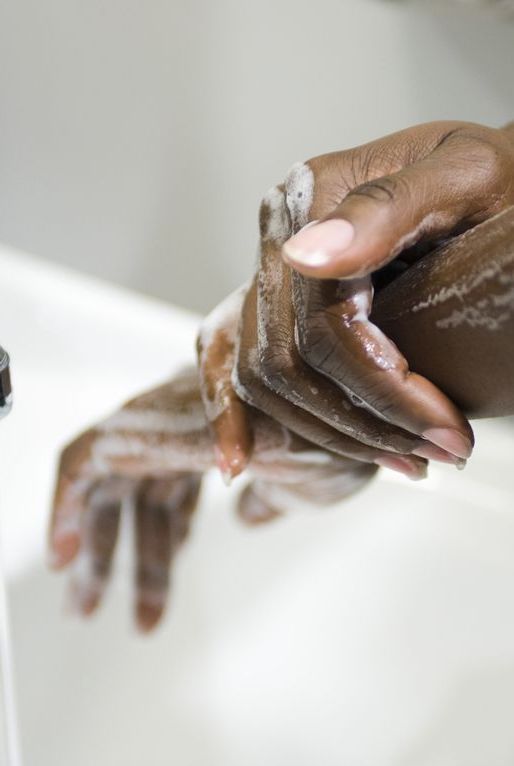 Since the virus that causes COVID-19 is mainly spread via respiratory droplets (thanks to a cough, a sneeze), experts recommend what’s called “social distancing,” which…can mean different things. For instance, in my community, common meeting spots, like the library, park district, and schools have closed. Several states have shut down schools entirely.And many larger gatherings, like races and the NCAA tournament, have been cancelled. That’s a social distancing decision made for you.

History tells us this is smart when it comes to slowing the spread. During the 1918 influenza pandemic, for example, Philadelphia was slow to institute social distancing measures, while St. Louis shut down gatherings early on, says Catherine Troisi, PhD, an infectious disease epidemiologist at The University of Texas Health Science Center at Houston. “As a result, St. Louis had many fewer infections and deaths,” she says.

Laying low doesn’t stop transmission entirely, but it can help flatten the curve (as in the growth curve of people testing positive for novel coronavirus). The reason this is so important is because, if everyone gets sick at once and there’s a large spike in cases, the healthcare system won’t be able to handle the influx of patients.

If you flatten the curve by slowing transmission, you’ll spread out the need for the resources and hopefully buy time until there’s an antiviral medication out and, eventually, a vaccine, Troisi says.

What we’re learning about novel coronavirus and COVID-19 is rapidly changing. That said, Troisi emphasizes that it’s not enough to just stay home when you’re sick. (Though you should definitely do that.)

“With this virus, we’re pretty sure that people are infectious before they have symptoms, which can expose other people,” says Troisi. And those people could be the ones most vulnerable to suffering complications from COVID-19, including the elderly, immunocompromised, and those with chronic diseases.

“People are not going to be hermits,” says Troisi. “You have to take into consideration your particular circumstance and how much risk you’re willing to take.” In many instances, the choice is yours.

The upshot? You’ll probably have to change your weekend plans.

Order in: Delivery is your friend. Order groceries, order dinner, order booze. If you really want to be cautious, you can include “leave at my front door” in the delivery instructions and use the app to leave a tip. Use it as a chance to get through your Netflix queue.

Skip the crowds. Many cities and states have issued guidelines on what cancelling “larger” events means, and in some instances, that’s considered gatherings of 50, 100, 250, or 1000 people, says Troisi. At the moment, these guidelines will differ depending on where you live. Check what, if any, rules are in effect. Personally, you might consider postponing that party you were going to throw, even if it’s only 20 people. Even smaller gatherings—like, going to a couple’s place for dinner, say—isn’t completely off-limits; it depends on your level of risk aversion, says Troisi.

Definitely go outside. At this time, you do not have to stay in your home, and doing so could have ramifications on your mental health. “I recommend going out in nature, whether it’s your backyard or a park that’s not so busy,” says Troisi. “Being outside is good for our mental health, and we know exercise, even walking, boosts the immune system, so it’s a win-win,” she says.

Give them their space. Troisi still goes to the gym. There’s likely not a lot of people there anyway at this time, but aside from hygiene measures like using hand sanitizer and wiping down equipment (and letting the wetness dry) before using it, social distancing means putting space between you and others. “Right now, we’re learning that the virus might be able to linger in the air and spread via aerosol, but in general, we think that if you’re more than 6 feet from someone, you’re probably okay,” she says. This will be different depending on where you are, but in a gym situation, if you’re hopping on a bike, for instance, don’t use the one that’s right next to someone, choose one that’s, like, four bikes down.

Wave to people. Don’t shake hands, kiss hello, or hug. Doing so definitely puts you within that 6-foot range of someone else. And shaking hands is one way for someone to quite literally hand you a virus. Touching your face afterward would introduce the virus into your body.

Skip public transportation if you can. Social distancing means that you’re not taking public transportation, says Troisi. That’s not possible for everyone, of course. In that case, do your best to put physical distance between you and other riders. As for shared rides, Troisi says, it’s typically just one or two people in the car, so there’s not much risk involved. “But if you yourself are sick, you don’t want to [take a shared ride], period,” adds Troisi.

Reassess as you go. The info about COVID-19 is continually changing. “What you do this weekend may be different from what’s advisable next weekend,” says Troisi. Be prepared to change things up. Living in a time of uncertainty is certainly unnerving, but remember: It’s not going to be like this forever.

Related posts:
Tags: ALL at Distancing Don't have inside Lock practice social times to you yourself
SHARE ON SOCIAL MEDIA
RELATED NEWS