You are here:
Home / Health News / Why suicide prevention support is crucial for people with fetal alcohol spectrum disorder

Fetal alcohol spectrum disorder (FASD) is a lifelong disability that affects the brain and body of people prenatally exposed to alcohol. New research is backing concerns raised by the FASD community about the high rates of suicidality among people with FASD.

As a team of FASD researchers and professionals who work with people with FASD, we are growing increasingly concerned with these statistics and stories we are hearing from caregivers.

Suicidality is a spectrum of thoughts and behaviors surrounding suicide. It encompasses suicidal ideation, suicide-related communication, suicide attempts and death by suicide.

Using data from Canada’s National FASD Database, our team demonstrated that suicidality among people with FASD was alarmingly high. At some point during their lifetime, 25.9% of our sample (206 of 796 individuals) experienced suicidal ideation or suicide attempt(s). Comparatively, rates in the general population range from 3% to 12%.

These findings are consistent with the current (albeit limited) research on FASD and suicide. Individuals with FASD often experience suicidality at significantly younger ages than those without FASD.

In a recent American study, youth aged 13–18 years with FASD required medical assistance due to suicide attempts at rates 5.5 times higher than the general population. Other Canadian researchers have reported suicide as a leading cause of death among a group of individuals with FASD.

Because FASD is a multifaceted disorder, we must understand the complex reasons this population may be at a higher risk for suicidality.

People with FASD experience a range of vulnerabilities both from the impacts of prenatal alcohol exposure on the brain and body, and from the adverse life experiences commonly associated with this disability. Research points to several individual, relational and environmental reasons for the high risk of suicidality among people with FASD.

Demographic factors like age, region and living situation all play a role in the risk of suicidality among people with FASD, as do neurodevelopmental challenges, sleep problems and co-occurring mental health and substance use challenges.

In our study, the odds of suicidality among people with FASD were 6.7 times higher for those with substance use challenges and 1.9 times higher for those with difficulties with affect regulation, which is the ability to control emotional responses. We found that experiences of depression, anxiety and post-traumatic stress disorder were high among people with FASD who experienced suicidality, which is worrisome considering these co-occurring diagnoses are common in this population. 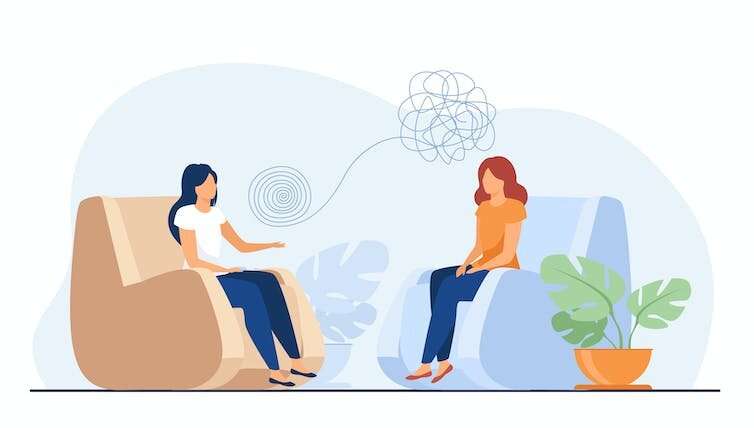 Strong and stable relationships are an important factor influencing healthy outcomes for people with FASD. Conflict with others, social isolation and social disconnection are common challenges for those who have FASD and suicidality. Being bullied and feeling a lack of belonging also contribute to a higher risk of suicidality.

The risk is also higher for individuals with a family history of substance use, suicidality or mental health concerns, or a personal history of trauma. We found that people with FASD who experienced trauma or abuse in their past were 2.8 times more likely to exhibit suicidality during their lifespan.

In our recent study we also found higher rates of suicidality among people with prenatal alcohol exposure who lived in group homes and institutional settings such as custody or in-patient treatment. Interactions with institutional systems like child welfare and justice and negative experiences within health-care systems also play a role, as can the multiple layers of stigma that this population experiences.

Outcomes can be significantly improved with access to effective supports and services for physical and mental health. However, the lack of FASD-informed services is a big barrier.

Support for individuals, families and communities

For those with FASD, having a stable and nurturing home environment is an important protective factor against mental health issues in general, so it stands to reason that safe and secure housing is important to reduce the likelihood of suicide.

The impact of suicidality in FASD is not confined only to individuals who have the disorder. The experiences of caregivers, families, friends and communities need to be included as well.

Even though our work identified that one in three individuals with FASD experienced suicidality at some point during their lives, this also means that two thirds of individuals did not. This raises a crucial question for September’s Fetal Alcohol Spectrum Disorder Awareness Month: What factors may bolster resilience and positive outcomes to protect individuals with FASD and their families from harmful outcomes? It’s essential that future research focuses on this area.