You are here:
Home / Health News / Use of TNF alpha inhibitors in Crohn’s disease associated with higher risk of MS 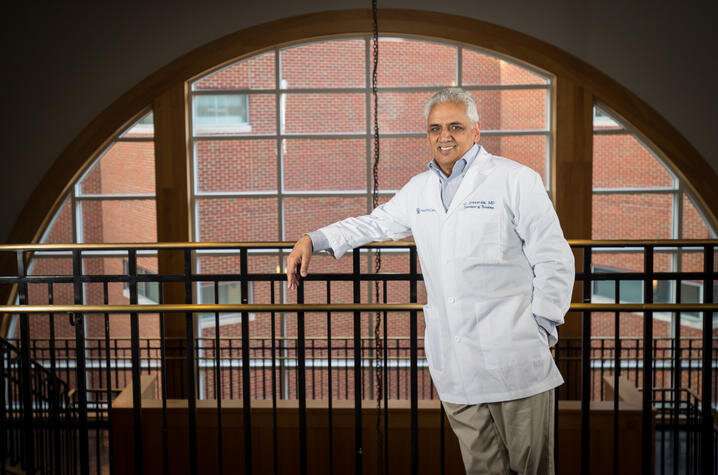 Dr. Jay Avasarala, professor of neurology and director of the University of Kentucky’s Multiple Sclerosis Clinic, and co-authors, conducted a retrospective study in which they evaluated approximately 96.5 million enrollees in a database. More than 200,000 of the enrollees had inflammatory bowel disease (IBD). The research focused on looking at the effect of TNF-alpha inhibitors, biologic agents, used in IBD treatment on the probability of developing Multiple Sclerosis (MS).

Findings from the study were recently published in the journal Multiple Sclerosis and Related Disorders. In the article, Avasarala explains, “published literature indicates that IBD and MS patients have a 50% increased risk (bi-directional) of MS or IBD co-morbidity, respectively, with no apparent differences between patients with Crohn’s disease. The association between MS and IBD is strengthened by observations of an increased prevalence of IBD among MS patients compared to the general population. Another study published in 2005 noted the increased prevalence of MS, demyelination, and optic neuritis in patients with IBD.”

The recent work by Avasarala and his co-authors at UK found that those with IBD exposed to TNF-alpha inhibitors had a 43% increase in the incidence of MS compared to those with IBD but without the drug exposure. The team also found a statistically significant increase in the incidence of Crohn’s disease compared to those not exposed to the TNF-alpha inhibitor drugs. Crohn’s disease is a type of IBD that causes inflammation of your digestive tract, which can lead to abdominal pain, severe diarrhea, fatigue, weight loss and malnutrition. Inflammation caused by Crohn’s disease can involve different areas of the digestive tract in different people.

“To the best of my knowledge, this is the first time the TNF-alpha inhibitor drugs have been shown to be associated with a decrease in the incidence of Parkinson’s disease but interestingly also show an association with an increased risk of Crohn’s disease,” said Dr. Avasarala. Taken together, the findings reveal interesting if divergent results.