You are here:
Home / Health News / Study paints picture of marijuana use in pregnant women

Study paints picture of marijuana use in pregnant women 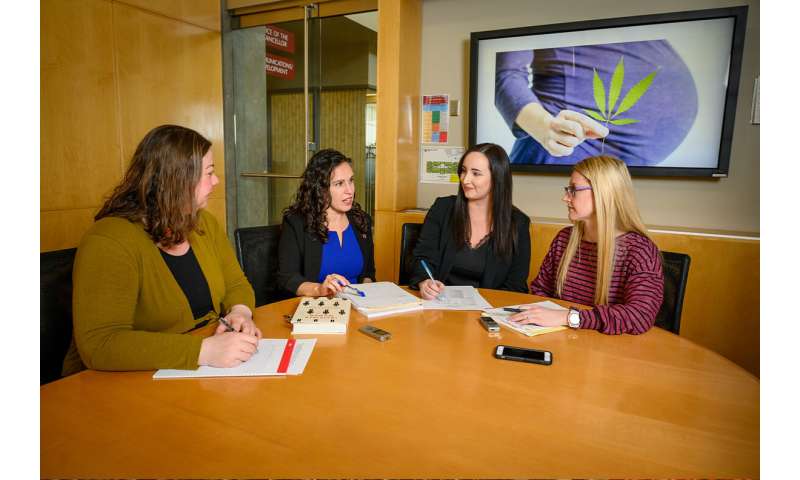 As the use of marijuana is legalized in an increasing number of U.S. states, the number of people who use the drug daily is on the rise. This upward trend also holds up in women who are pregnant or breastfeeding, despite evidence that using marijuana could harm their babies.

Published in the Journal of Addiction Medicine, findings from a study conducted by a team of researchers at Washington State University Health Sciences Spokane delve deeper into pregnant women’s use of marijuana, providing key insights that will help inform patient education efforts. Their study was conducted in Washington State and is the first study of its kind conducted in a state where marijuana is legal.

“We don’t have all the research, but there’s enough there to warrant saying that you should not use marijuana while pregnant,” said lead author Celestina Barbosa-Leiker, citing prior research that suggests marijuana use during pregnancy it is associated with increased risk of low birth weight, still birth, and cognitive and behavioral issues. “Yet, there’s a group of women who are using marijuana that have these other chronic conditions, and we need to help them manage those.”

An associate professor in the WSU College of Nursing and the vice chancellor for research at WSU Health Sciences Spokane, Barbosa-Leiker said that, based on their findings, pregnant women’s health care providers should more fully consider patient history and engage in a shared decision-making process with them about their marijuana use. She suggested health care providers adopt a harm reduction approach focused on limiting marijuana use, rather than asking women to go cold turkey. In addition, she said it’s important to train all health care staff to interact with patients in a way that minimizes stigma.

“Many of the moms we spoke to reported feeling incredibly stigmatized as soon as they reported that they were using marijuana,” Barbosa-Leiker said. “The worst thing that could happen is that one of these moms feels so uncomfortable that she doesn’t come back for prenatal care, which is detrimental to the health of the baby.”

As part of their study, the WSU research team conducted personal interviews with 14 pregnant women and 5 women who had given birth within the past three months, all of whom reported using marijuana daily while pregnant. They asked the women questions related to their perceptions of the risk and benefits of using marijuana during pregnancy. From the participants’ responses, they identified five common themes:

“Going into the study, I thought that showing these women the research about how it impacts their baby would make them change their behavior,” she said. “Once I heard these women’s stories of going through incredibly traumatic experiences and making very brave choices to keep themselves and their babies as healthy as possible, it made me realize that we need to do a better job of knowing patients’ perspectives before we try to get them to adopt healthier behaviors,” she said.