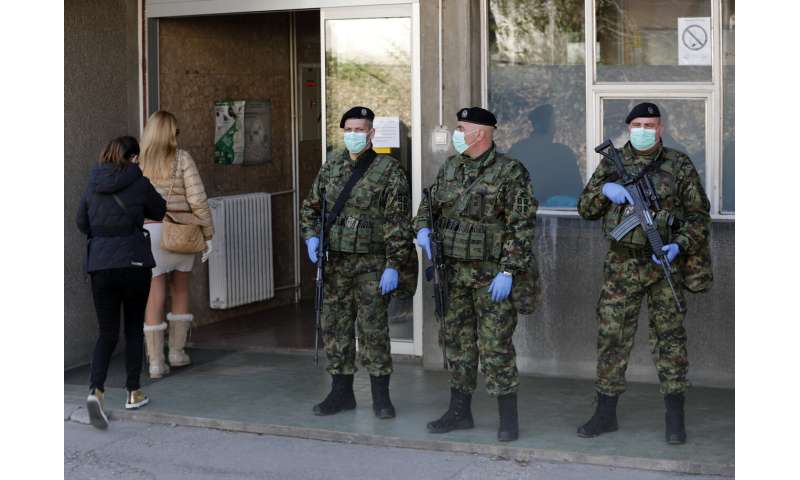 As millions of people in Europe, the United States and beyond began holing up at home, stocking up on supplies and keeping a wary eye on how close they get to friends and neighbors, the coronavirus outbreak marked a distinct shift in focus Monday, with reported infections in the rest of the world overtaking those in China.

But while the outbreak appears to be moving away from its original epicenter, many in Asia, where the virus has been a brutal fact of life for months, continue to urge vigilance against anything that might hurt hard-won gains.

“If we loosen our grip on the quarantine, it could be a matter of time for the embers of small-scale cluster infections to be revived,” the South Korean mass-circulation Dong-a Ilbo newspaper said in an editorial Monday.

Around the globe, societies inched toward a shutdown of much of public life—bars, restaurants, school, work. Resorts closed on the Las Vegas strip. Many restaurants offered only takeout, if they were open at all. Schools, concerts, sporting events—even small-scale St. Patrick’s Day parties—were canceled.

China, where the virus was first detected in December, now accounts for less than half of the world’s 169,000 cases, according to a tally by Johns Hopkins University.

A shutdown of public gatherings and a quarantine of the hardest-hit central region has steadied China’s caseload as the virus spreads rapidly elsewhere. Most of the world’s 77,000 recovered patients are in China. 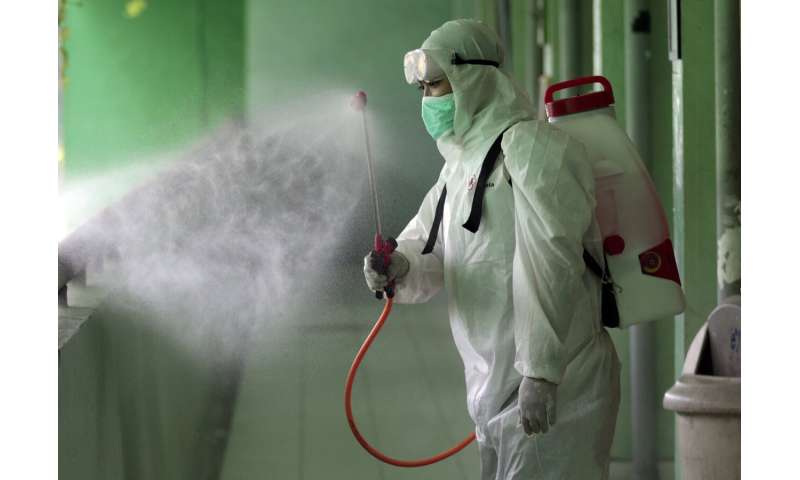 Traffic has begun returning to Beijing. Office buildings, however, are enforcing strict screenings for fever, and many still restaurants only offer takeout. Children who would usually be snowed under with classes and homework remained glued to screens, shopping, chatting and watching video clips.

China was relaxing travel restrictions in the hardest-hit virus province of Hubei, sending thousands of workers back to jobs at factories desperate to get production going again.

The official Xinhua News Agency reported Monday that cities just outside the epicenter of Wuhan were chartering buses to send back to work residents who had returned home for the Lunar New Year in late January.

The move came as Chinese officials said the outbreak that spread from Wuhan starting in December had mostly run its course domestically, while they remained vigilant against imported cases. 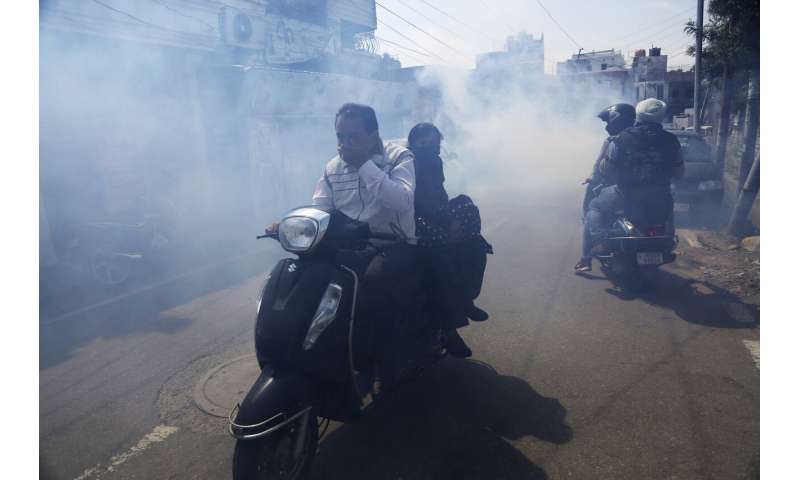 A number of Asian cities have become increasingly worried about importing cases of the virus from abroad after making inroads in containing its spread at home.

Starting Monday, travelers arriving in Beijing from overseas will be quarantined for 14 days in designated facilities at their own expense. Previously, people without symptoms could self-quarantine at home.

In the latest tally, China’s National Health Commission reported 16 new cases of the coronavirus in the previous 24 hours. Twelve of them were imported from overseas.

China now has 80,860 confirmed cases. The health commission said that 67,749 patients have recovered and been discharged from hospitals. Fourteen more deaths were reported in the last 24 hours, raising the toll to 3,213.

Though China still has the most infections, a dozen other countries have more than 1,000 cases, mostly in Europe, where numerous countries have been imposing border controls in what not long ago was a passport-free travel zone stretching from Portugal to Finland. 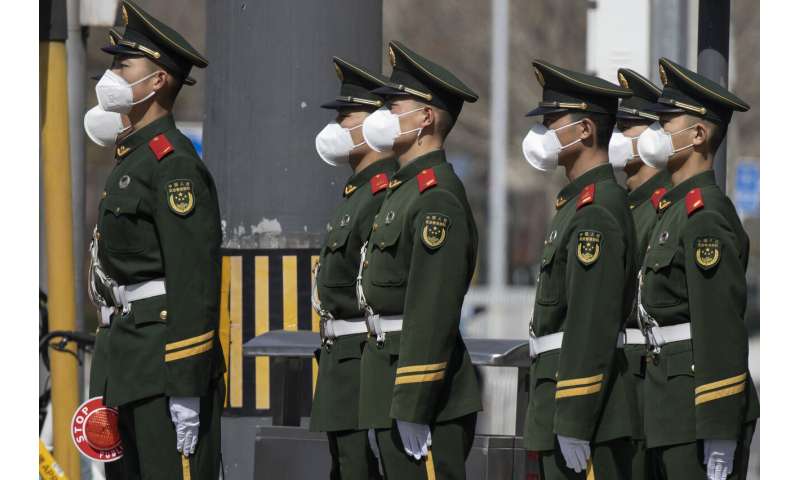 Religious leaders gave sermons to empty pews or to the faithful watching online Sunday after public worship was curtailed in many places. The Al-Aqsa Mosque in Jerusalem’s Old City was being closed indefinitely, and the Vatican closed off next month’s Holy Week services to the public. Still, 83-year-old Pope Francis ventured out of the Vatican to visit two churches in Rome to pray for the sick.

In the United States, health officials recommended a limit to groups of 50 or more people and a government expert said a 14-day national shutdown may be needed. Americans returning from abroad encountered chaotic airport health screenings and closed-down communities.

There are signs that the coronavirus outbreak in South Korea is slowing down, but officials are still scrambling to prevent infections from exploding again. 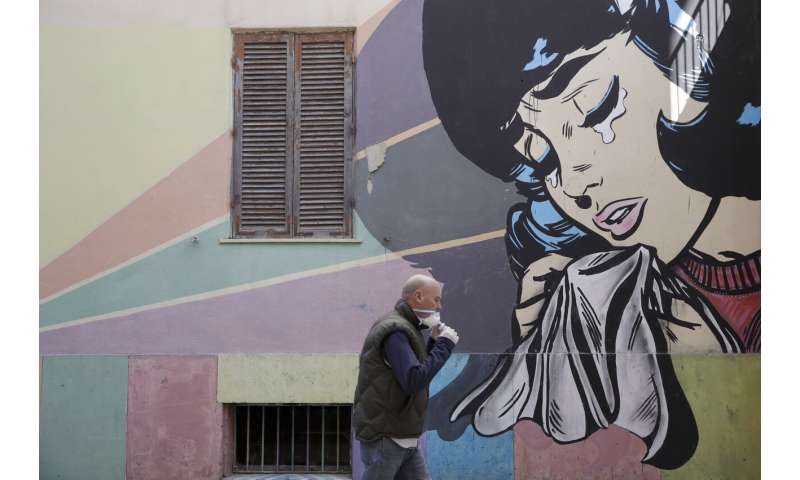 South Korea on Monday reported 74 more cases over the past 24 hours, a day after it announced 76 new cases. The figures are the lowest daily increase in new infections in about 25 days. That’s a stark contrast with the more than 900 new cases reported on one day in late February.

There are still worries that infections might surge again from those returning from Europe or from local people who are reportedly resuming attending gatherings like church services. There have been calls for authorities to further postpone the new school year, which was to begin on March 23 after two rounds of delays.

South Korean Prime Minister Chung Se-kyun said the country’s decline in cases is a “hopeful sign” but urged caution over widening outbreaks across Europe and the United States. 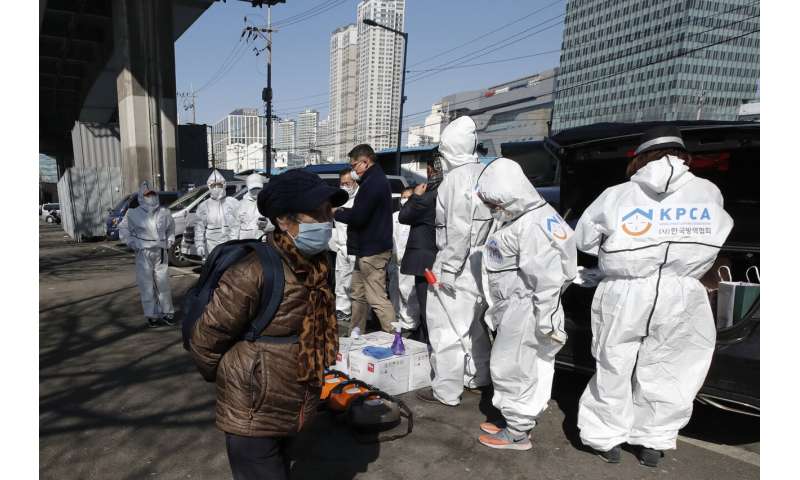 On the first day of Spain’s quarantine, long lines formed for food as police patrolled. Soldiers and police sealed off the Philippines’ densely populated capital, Manila, from most domestic travelers. Austria planned to limit people’s movement, and Lebanon was put on lockdown, closing down Beirut’s famed seaside corniche.

As the public curtailed their daily lives, governments also adjusted, such as by moving official meetings with their counterparts in other countries online.

In Tokyo, Japanese Prime Minister Shinzo Abe’s government secured a law allowing him to declare a state of emergency in case things worsen, though he says it still hasn’t reached that point. 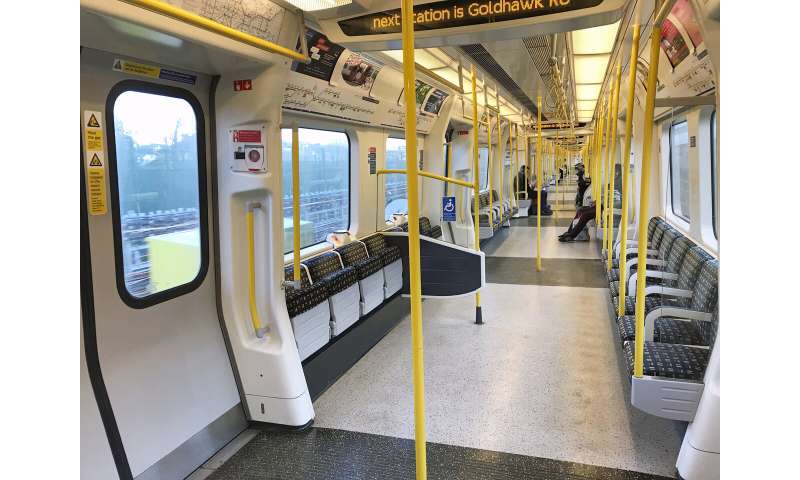 For most people, the coronavirus causes only mild or moderate symptoms, such as fever and cough, and those with mild illness recover in about two weeks. But severe illness including pneumonia can occur, especially in the elderly and people with existing health problems, and recovery could take six weeks in such cases.

Efforts to stop the virus from spreading to the most vulnerable and to not overwhelm health care systems with sick patients are pushing calls for people to avoid public crowds or just stay home.

“I think Americans should be prepared that they are going to have to hunker down significantly more than we as a country are doing,” Dr. Anthony Fauci of the National Institutes of Health told NBC’s “Meet the Press.”

Ireland ordered all pubs and bars to close for two weeks—including on Tuesday, St. Patrick’s Day—and urged people not to hold house parties. Two pub industry groups had warned of the “real difficulty” in keeping people apart in the country’s famous watering holes. 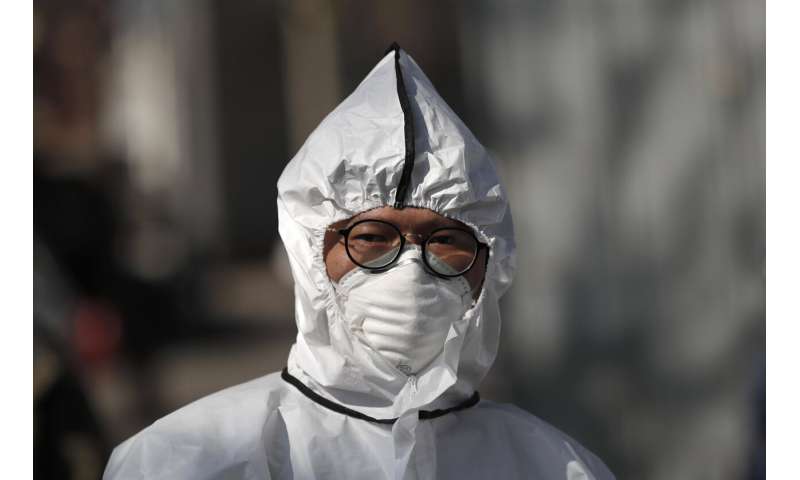 A senior government medical adviser in Germany, which recorded more than 1,000 new infections over the past day, urged people to refrain from holding private celebrations behind closed doors amid a shutdown of bars and clubs.

Italy on Sunday reported its biggest day-to-day increase in infections—3,590 more cases in a 24-hour period—for a total of almost 24,747. And 368 more deaths brought its toll to 1,809, more than a quarter of the global death toll.

“It’s not a wave. It’s a tsunami,” said Dr. Roberto Rona, who is in charge of intensive care at Italy’s Monza hospital.

Governors in California, Illinois and Ohio told all bars and restaurants to close or reduce their number of customers. New York City will shutter the nation’s largest public school system as early as Tuesday, sending over 1.1 million children home. 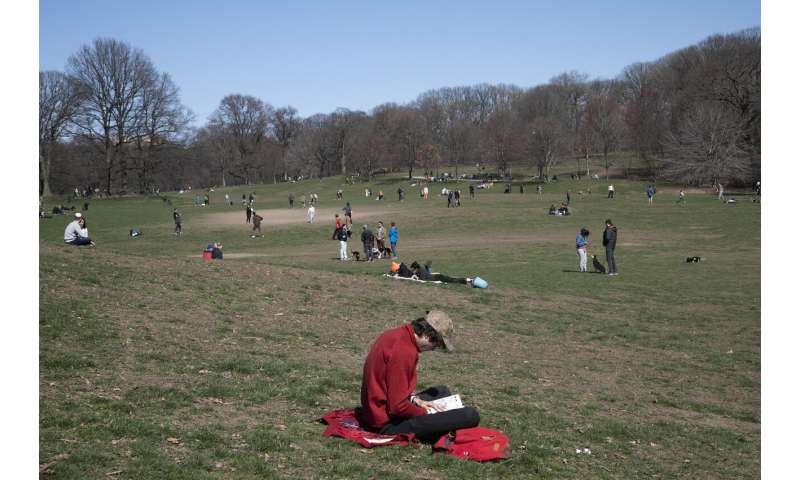 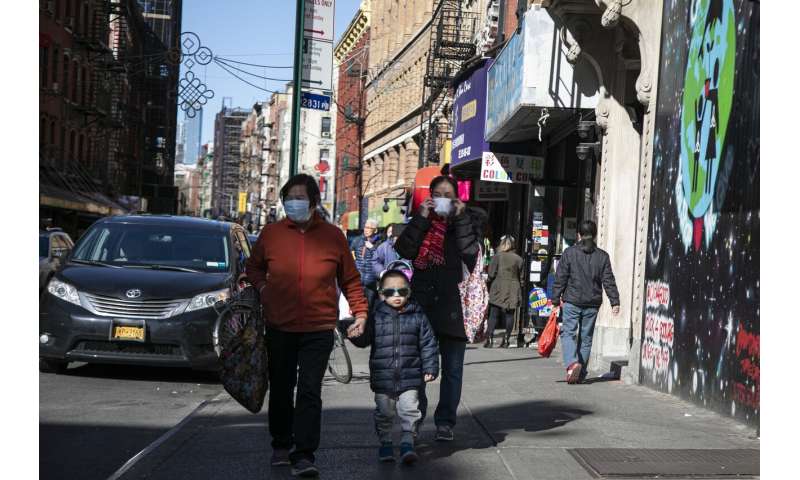 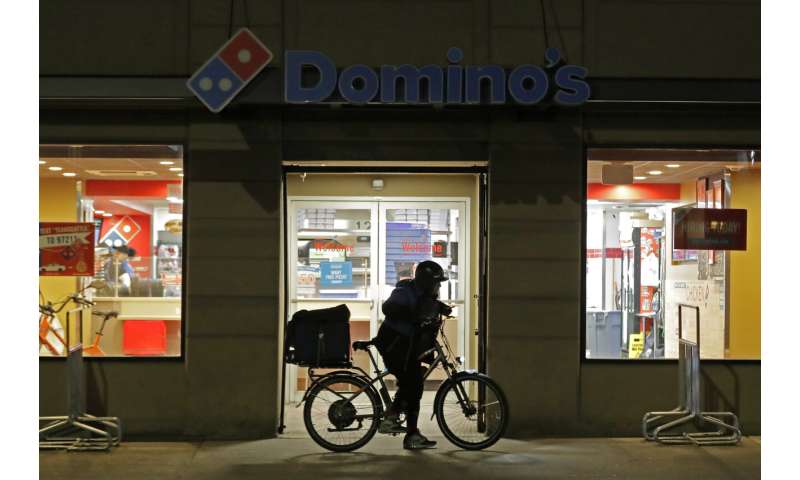 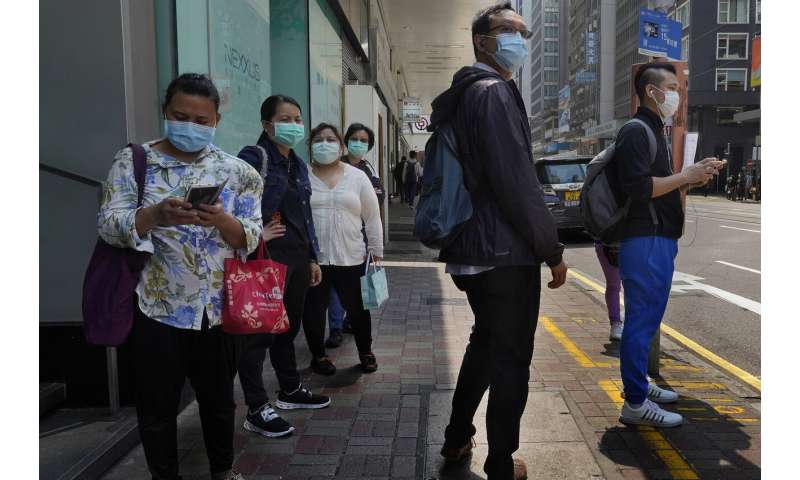 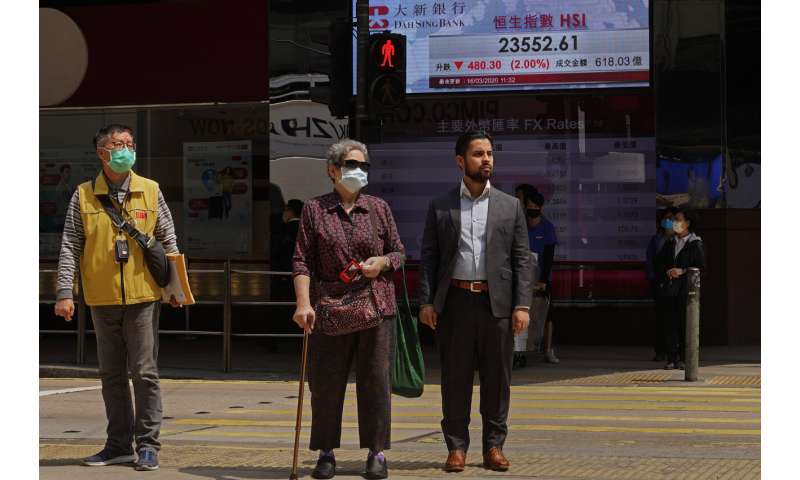 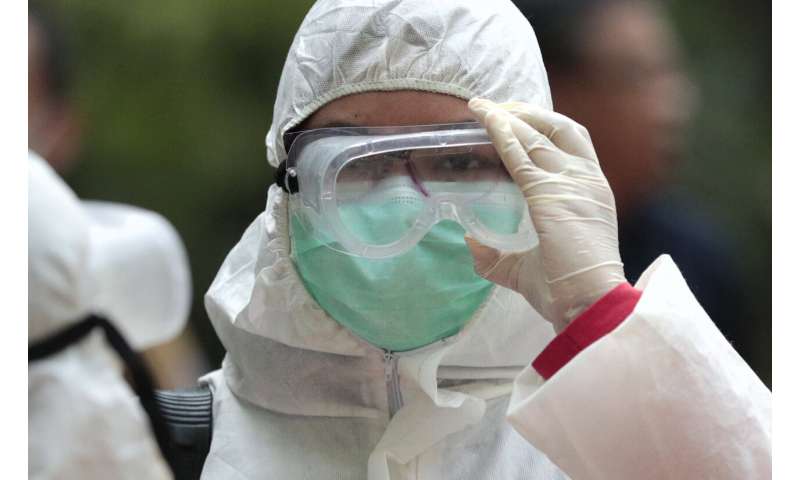 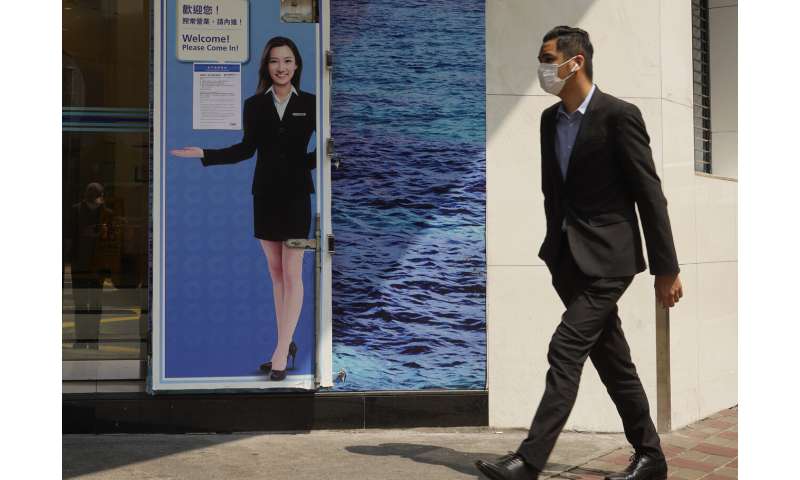 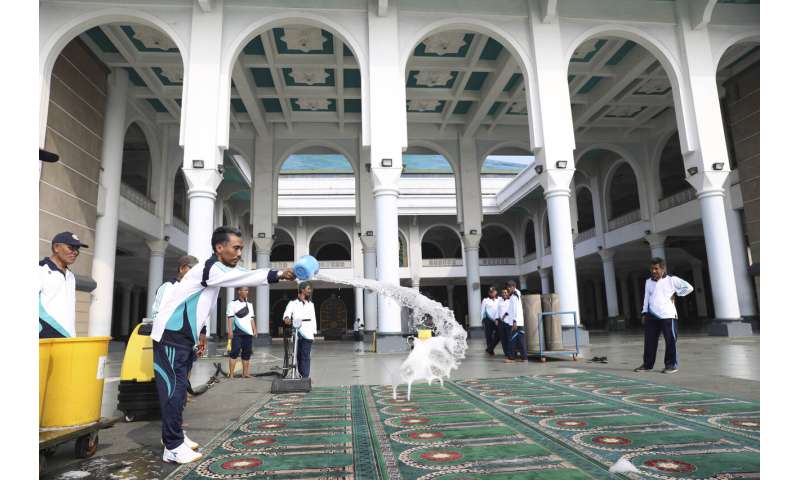 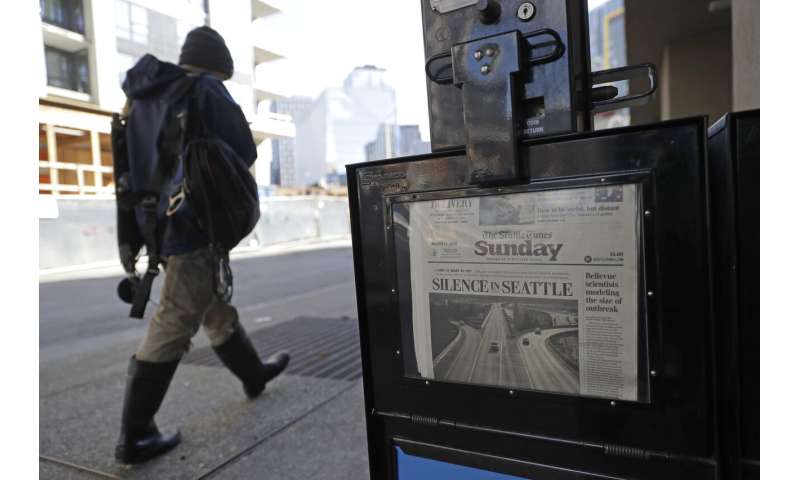 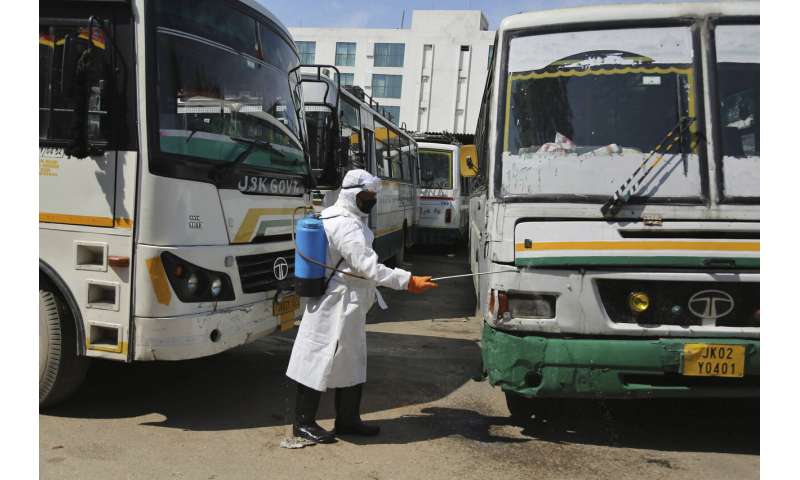 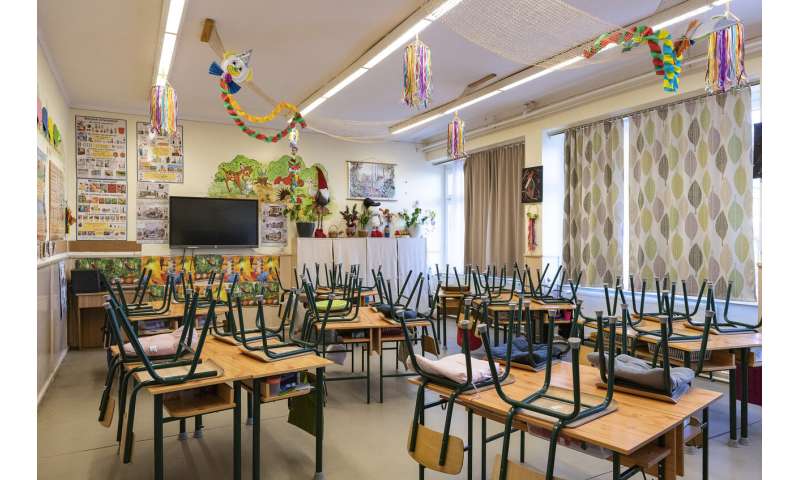 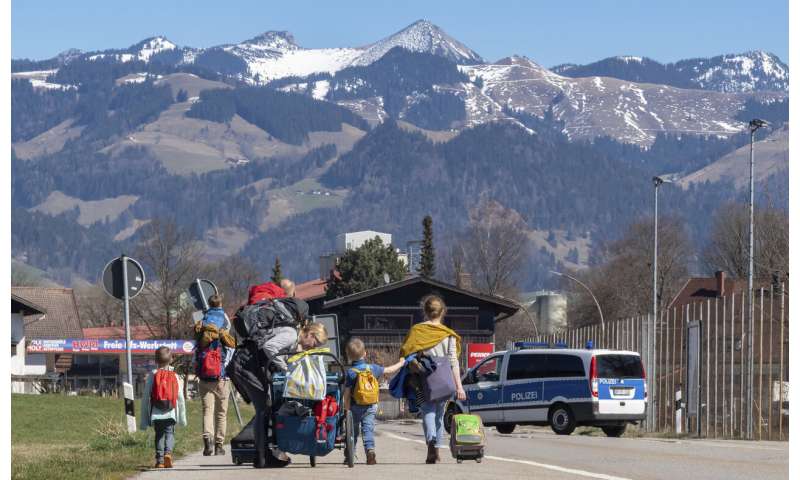 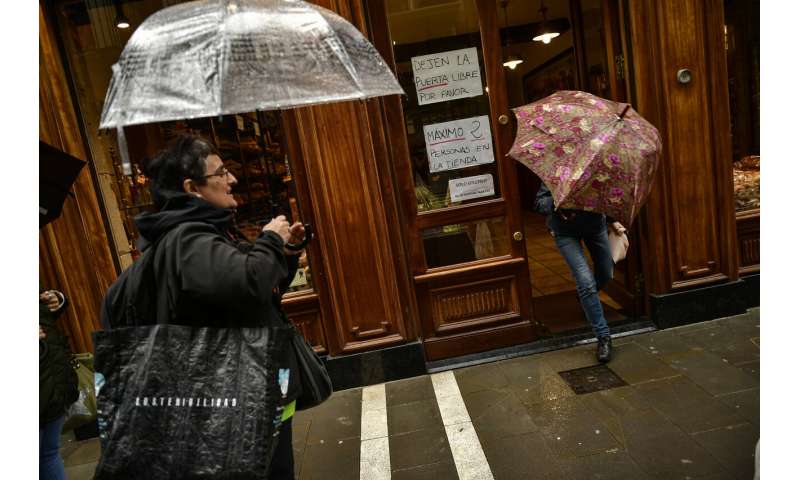 With fears increasing that the pandemic will depress U.S. economic growth, the Federal Reserve took emergency action by slashing its benchmark interest rate to near zero and deciding to buy $700 billion in Treasury and mortgage bonds.

Spain was under lockdown amid a two-week state of emergency. Spain’s Health Ministry said the country has recorded 288 deaths, up from 136 on Saturday. The number of infections rose to 7,753 from 5,700.