You are here:
Home / Health News / The first step in stopping the spread of melanoma

The first step in stopping the spread of melanoma

When melanoma spreads, survival rates decrease. But the tumor cells responsible have been notoriously difficult to detect. Now, researchers in Australia think they know why. 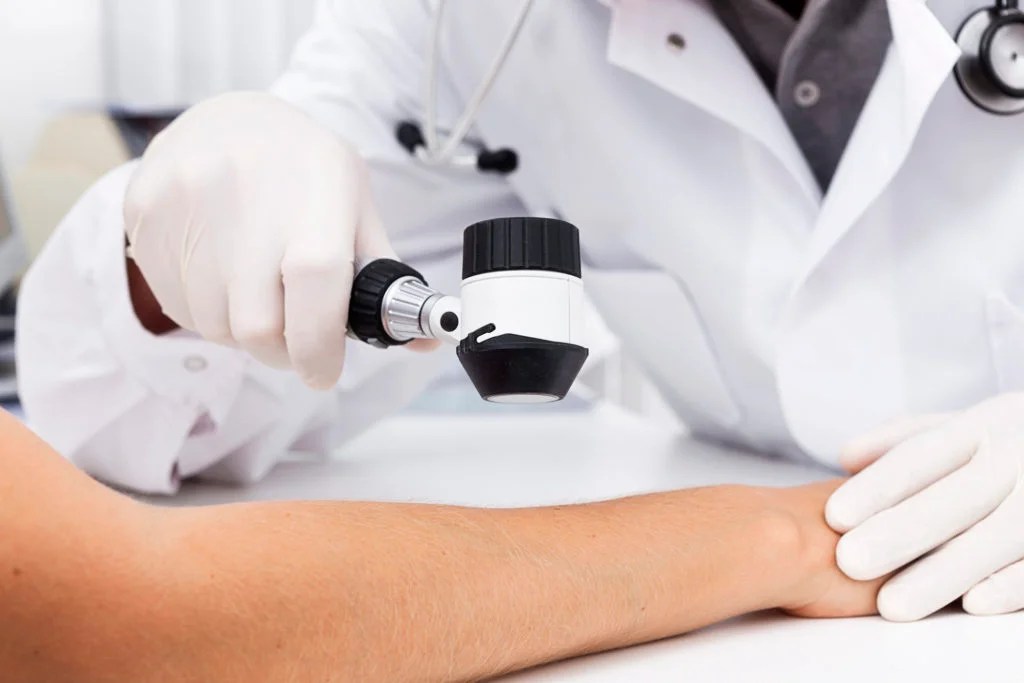 Although melanoma only makes up around 1% of skin cancers, it is responsible for a significant number of deaths.

The American Cancer Society (ACS) estimate that more than 100,000 people will receive a diagnosis of melanoma in 2020, resulting in approximately 7,000 deaths.

There are several reasons why a person might develop melanoma, but according to the Skin Cancer Foundation, the sun is responsible for most cases. Despite this knowledge, rates of this type of cancer been increasing in recent decades.

Knowing the link between early detection and a 99% 5-year survival rate, a research team at Australia’s Edith Cowan University in Perth has been looking for better ways to diagnose and treat melanoma.

Their findings appear in the British Journal of Cancer.

Back in 2018, the university’s Melanoma Research Group announced the development of the first melanoma blood test.

Existing detection methods for the disease involve a visual scan and biopsies, but these come with issues.

Lead researcher Pauline Zaenker explained at the time: “While clinicians do a fantastic job with the tools available, relying on biopsies alone can be problematic.” Not only are they costly and invasive, but they can be ineffective, too.

It spots autoantibodies made by the body as soon as the cancer develops, and is currently undergoing a clinical trial.

“We envision [the trial] taking about 3 years,” Head Prof. Mel Ziman said, adding: “If this is successful, we would hope to be able to have a test ready for use in pathology clinics shortly afterward.”

Now though, the same research group has found an effective way to track the development of melanoma and potentially treat it.

Designed in partnership with the Harvard Medical School in Boston, MA, and clinicians from other Australian hospitals, it works by focusing on circulating tumor cells (CTCs) — the cells that allow cancers to spread.

“Cancer spreads around the body when CTCs shed from the primary tumor and travel through the blood to form secondary tumors (metastases) in other organs,” explains lead researcher and Associate Prof. Elin Gray.

Finding these cells, however, is not always easy in melanoma cases. Detection rates can range from as low as 40% to as high as 87%.

“If we can find a way to reliably detect these cells, then we have a chance to stop melanoma in its tracks with a powerful diagnostic tool and perhaps opportunities for therapies in the future,” Prof. Gray says.

The team’s research explains why melanoma CTCs have proven to be so mysterious.

“We now understand that CTC detection cannot be resolved with a one-size-fits-all approach,” states Prof. Gray.

“There is a huge amount of variety in the shape and bioactivity of these CTCs, and so they all look different and respond differently to assay tests.

“To complicate things further, melanoma CTCs are hidden among thousands of other cells and matter in the blood.

“Within one milliliter of blood, there are often fewer than 10 cancer cells among one billion red cells and one million white blood cells.”

She says that “it is much like finding a needle in a haystack.”

This level of complexity meant the team used three different tests to analyze melanoma CTCs, instead of just one.

Using this method on 43 blood samples from people with metastatic melanoma, researchers managed to boost CTC detection rates to 72%, which, Prof. Gray explains, “was a significantly and consistently higher result than using one test.”

The findings are only “a first step towards a new way to stop melanoma from spreading around the body,” says Prof. Gray. But they are a step forward nonetheless.

However, the researchers have not finished their work. Prof. Gray says they are now planning to tweak the tests “to include a better combination to capture the broadest range of CTCs.”

To speed up this process, they are teaming up with artificial intelligence experts.

Only time will tell whether those detection rates will continue to rise.