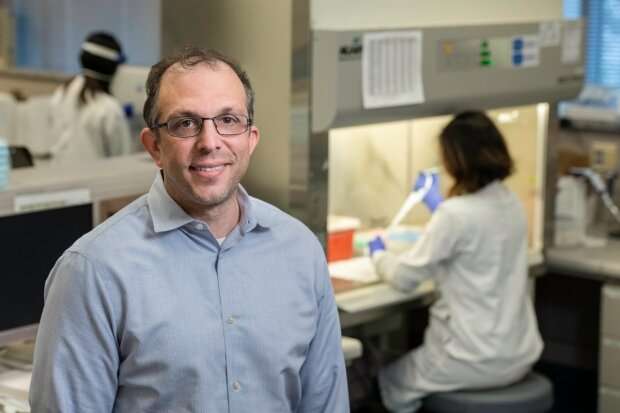 The prevalence of the virus that causes COVID-19 was tracked during the early days of the pandemic by pooling samples from people with upper respiratory symptoms in a study conducted by researchers at the Stanford School of Medicine.

Combining samples from several people at a time allowed the scientists to estimate the prevalence of the disease in the San Francisco Bay Area while conserving scarce testing resources.

The researchers found that the burden of COVID-19 in the Bay Area prior to mid-February was low. Only two of nearly 3,000 people with respiratory-disease symptoms who were tested in early 2020 at Stanford Health Care or affiliated clinics for common respiratory viruses were infected with SARS-CoV-2, the virus that causes COVID-19.

“We wanted to monitor the community presence of SARS-CoV-2 in the Stanford patient population so we would know when to implement clinical testing,” said Benjamin Pinsky, MD, Ph.D., associate professor of pathology and of infectious diseases. “Our study suggests that we were not experiencing significant circulation of the virus among our patients presenting for care with upper respiratory symptoms prior to the third week in February.”

Pinsky, who is the medical director of Stanford’s Clinical Virology Laboratory, is the senior author of the study, which was published April 6 as a research letter in JAMA. Catherine Hogan, MD, a fellow in global health diagnostics and a visiting instructor at Stanford, and Malaya Sahoo, Ph.D., a research scientist a Stanford, also co-authored the letter.

The Stanford Clinical Virology Laboratory was one of the first academic medical labs in the country to develop and administer a diagnostic test for the COVID-19 virus. Since starting to use the test in early March, more than 12,000 have been conducted on samples collected from people with symptoms of COVID-19 or with a known exposure to someone with the disease. Of these, about 9% have tested positive. The laboratory currently performs as many as 2,000 tests per day from samples collected at several Bay Area locations.

Prior to launching the clinical test, Pinsky and his colleagues tested samples collected from the back of the throat or lung airways of 2,888 people who sought care at Stanford Health Care between Jan. 1 and Feb. 26 for respiratory symptoms but who had tested negative for common respiratory viruses. They combined the samples in groups of nine or 10, then tested the pooled samples for the presence of SARS-CoV-2.

Of the 292 groups of pooled samples, only two were positive. Further analysis showed that two people, one in each positive group, were infected with SARS-CoV-2.

“I was a little surprised the prevalence was so low, but it was consistent with what our public health officials in California were observing through normal surveillance methods,” Pinsky said. “Our positives came about the same time that they were identifying an uptick in COVID-19 diagnoses.” The Bay Area’s first COVID-19 diagnosis was made in early February.

A valuable technique for future pandemics

Estimating the prevalence of a virus within a community prior to widespread disease transmission may help public health officials predict when to prepare for an increase in cases, or to identify when a virus begins to spread to new geographic regions, the researchers said.