You are here:
Home / Health News / Taking a stroll through a city

Taking a stroll through a city

While walking across the city streets in such times may well be fraught with danger, experts, however, are of the opinion that if one is not within about six feet of somebody, in almost every case one is not taking much risk, and it will also help us “save our own sanity” 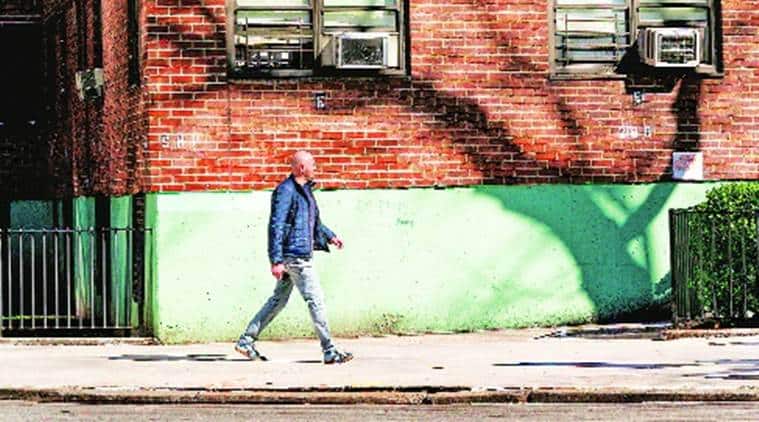 In a bygone era — last week, in other words — the best way to cut through New York City stress was, for many, a stroll to the nearest restaurant, bar or maybe (for the virtuous or vain) the gym.

Not anymore. With Mayor Bill de Blasio’s closure of the city’s restaurants (except for takeout), bars and gyms along with schools, movie theatres and any other place where people congregate, the stroll, it seems, is all that’s left.

But that is hardly nothing. Both transportation and meditation, the leisurely New York walk, long celebrated in literature, has come to symbolise not only a crucial thread in the city’s social fabric, as we migrate our social and, in many cases, work lives online, but a thread to sanity itself.

“When you walk, you’re utterly in touch with the drama of the city,” said the writer Vivian Gornick, whose 1987 memoir, Fierce Attachments, reissued last year, focused on long, illuminating strolls through the city with her mother. “You’re constantly overhearing conversations, and catching all kinds of snatches of people in odd expressions and conditions. No small city in the world can duplicate that experience.”

“When you’re out on the street,” she added, “it’s a continuous stream of momentary connection, and that has its own life, its own particular vividness, and it’s irreplaceable.”

The same can be said of cycling or jogging, although those activities tend to be more focused and goal-oriented. But whatever your preferred means of locomotion, local governments are attuned to the social and psychological benefits of head-clearing, heart-stimulating jaunts, even in the age of self-quarantines and social distancing.

On Monday, seven counties around Silicon Valley announced a shelter-at-home order that would take effect on Tuesday. San Francisco’s mayor, London N Breed, issued an order for city residents to stay at home except for “essential needs”, such as medicine or food, but made an exemption for “engaging in outdoor activity, such as walking, hiking, or running provided that you maintain at least six feet of social distancing”.

In Milan, where life in the coronavirus “red zone” amounts to virtual house arrest, residents are still free, if not encouraged, to enjoy a walk or jog “for the sake of outdoor physical activity,” as The Washington Post reported, as long as social distances are respected.

In New York, too, the mayor is weighing a shelter-in-place order, and it is uncertain how much exercise might be allowed under the plan.
For now, however, New Yorkers are still relying on walks through the city as a form of mental cleansing.

Another writer, Erin Khar, who recently published an addiction memoir called Strung Out: One Last Hit and Other Lies That Nearly Killed Me, said that long meanderings through her increasingly empty neighbourhood, Greenwich Village, or along Hudson River Park, may now come with plastic gloves and a pack of sanitising wipes, but they seem crucial now that she has stopped taking the subway and hanging out with friends.

“As someone who struggled with years of depression, anxiety, and addiction, I am well acquainted with the feeling of needing to escape, wanting to jump out of my skin,” she wrote in an email. “When I feel that way, going for a long walk alleviates the pressure.”

Khar is experiencing panic attacks like she hasn’t in many years, she said. “I need these walks more than ever. They help significantly, by getting me out of my head and boosting the release of much-needed neurotransmitters.”

Khar, 46, is hardly the first writer to discover the medicinal value of a New York walk.

Authors such as Walt Whitman, Hart Crane and Alfred Kazin have long celebrated walks in New York as a tonic against despair or anxiety, said Stephen Miller, the author of the 2014 book, Walking New York: Reflections of American Writers From Walt Whitman to Teju Cole.

As Whitman wrote in his 1882 collection, Specimen Days and Collect, a walk in New York, with its “daily contact and rapport with its myriad people,” was “the best, most effective medicine my soul has yet partaken.”

In the current state of anxiety, even short walks make a giant difference.

On the evening of  March 13, as tension in the city began to crest, Taylor Davies, a 34-year-old copywriter who lives in the East Village, took a stroll from her apartment on Second Avenue through Alphabet City to the east.

“It was kind of incredible how quickly my mood rebounded from a sort of directionless despair — working from home and checking social media constantly — to somewhat hopeful and calm once I’d gone a few blocks,” Davies wrote in an email. “The cherry trees in Tompkins Square Park were in bloom, and brick buildings were bathed in glowy orange light. The more I walked, the better I felt.”

“Just putting one foot in front of the other a few thousand times has proved to be kind of a great reminder to take things as they come right now, day by day,” she added.

Granted, lazy urban strolls are newly fraught in the current climate. You are less Baudelaire’s famous, sauntering flâneur than a cautious creature ready to swerve.

Social distancing, as we all should be aware of by now, means “maintaining distance (approximately 6 feet or 2 meters) from others when possible,” according to the Centers for Disease Control and Prevention. Even in times of pandemic, that is easier said than done on Broadway at 5 pm on a Monday.

People looking to get out of the house for a jaunt should at least take extra steps to maintain their personal space cushion, said Carolyn C Cannuscio, a social epidemiologist at the Center for Public Health Initiatives at the University of Pennsylvania.

“We’re trying to avoid face-to-face contact with other people, so all of our decisions should be made with that in mind,” Cannuscio said. “I would suggest that people walk at times that streets are less busy, walk-in locations where there are fewer people and there’s an opportunity to spread out, and don’t stop and talk with all your neighbours.”

Before each stroll, she said, “scout it out. Peek out the window and see if there are lots of people on the street. If there are, then wait until later. For people who need to pick up their medication at the pharmacy, or need to get food, if you get to the store and it’s crowded, turn around and go home, then go back later.”

Attempts to preserve a six-foot safety radius might seem comical if they weren’t so deadly serious.

Even in brownstone-lined streets of Brooklyn, where sidewalks are relatively light in traffic, close-quarter encounters on the city sidewalks seem — for now, at least — inevitable. On an afternoon stroll to the market, you find yourself suddenly face to face with a stranger who suddenly turns the corner, quickening your pulse in a way little known since the mugging heyday of the 1970s and ’80s. Crossing a crosswalk, say, west, you find yourself triangulated on the corner by one person walking north and another walking east.

Even on the wider sidewalks of the borough’s main arteries, any attempt to avoid a near-brush with pedestrians passing the other way would require serpentine-style evasive manoeuvres typically associated with soldiers dodging gunfire on the battlefield.

But as caution increasingly trumps carefree meandering, even public health officials who specialise in risk assessment recognise the need to blow off steam for those confined between apartment walls.

“If you’re not within about six feet of somebody, in almost every case you’re not taking much risk,” said Crystal Watson, a senior scholar at the Johns Hopkins Center for Health Security. “So I think people should get out in the sunshine. Taking your dog out for a walk, or going to a park and keeping your distance, is safe and necessary.”

“It’s probably going to be a beautiful spring,” she added, “and we do need to save our own sanity.”