You are here:
Home / Health News / Study: Black children most likely to be physically restrained in emergency departments

Study: Black children most likely to be physically restrained in emergency departments 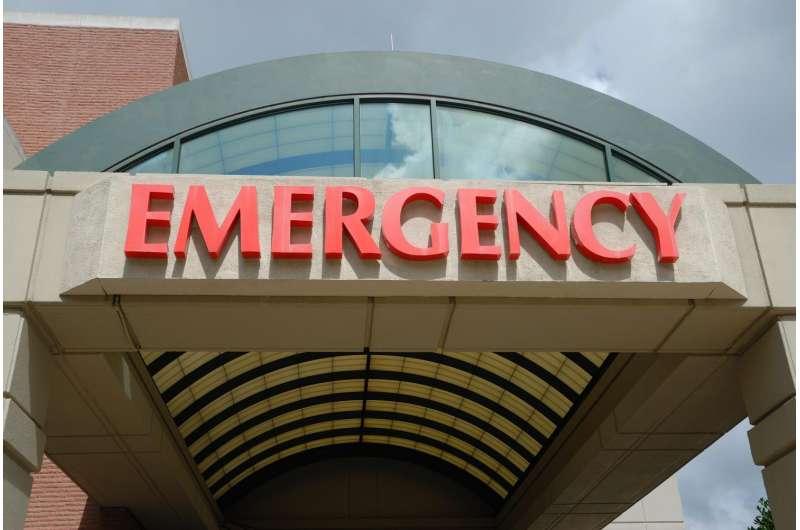 A new paper by Yale researchers finds racial disparities in the use of physical restraints on children who are admitted to the emergency department. Black children are more likely than White children to be subdued with restraints during ED visits, the study finds. Published September 13 in JAMA Pediatrics, the study looked at data from 11 EDs across New England between 2013 and 2020. Their sample included over 551,000 visits of patients ages 0 to 16, in which physical restraints were used 532 times. According to their analysis, Black pediatric patients were 1.8 times more likely to receive a physical restraint than a White patient. Boys were more likely than girls to be restrained. The results mirror those in another Yale-led study that looked at the use of restraints on adults in the ED, and found that Black males who lacked insurance were more likely than patients of other racial demographics to be physically restrained.

When pediatric patients are restrained in the ED, they are typically tied to the bed, the researchers said. It is done “in concern for their safety or others,'” said Destiny G. Tolliver, MD, a second-year postdoctoral fellow and scholar in the National Clinician Scholars Program (NCSP) at Yale, and co-author of the current study. She added, “It can be very traumatic and scary for a child, looking up at all these people who are stopping them from moving.”

According to standard ED protocol, the researchers said, hospital staff are supposed to use de-escalation techniques and only implement physical restraints as a last resort. But the researchers said that systemic bias and racism, including the “adultification” of Black youth, and particularly Black boys, could change the way these children are perceived by nurses, doctors, and other specialists.

Tolliver has devoted her research to the overlap between the healthcare and carceral system.

“When Black children are perceived as adults, they lose the benefit of the doubt that is granted to children, and it increases the perception of threat,” she said.

Co-author Katherine A. Nash, MD, a pediatrics specialist at Yale and former NCSP scholar said adultification bias does not just occur in the ED, but can happen at any stage in the child’s journey to the ED—including at the school and in the ambulance. “And there are other forms of bias for Black boys,” Nash said. “In addition to adultification, we want to understand what else might contributes to bias and racism against Black children in the medical system—for example, the presence of the child welfare system or being brought in by police.”

Similar to the findings in the adult ED study he led, co-author Ambrose Wong, MD, MSEd, MHS, research director and associate fellow director at the Yale Center for Medical Simulation, said these findings “reflect systemic bias of these patients. These kids are labeled as ‘problematic’ and the hospital and healthcare system reinforces that in the intersection with police.”