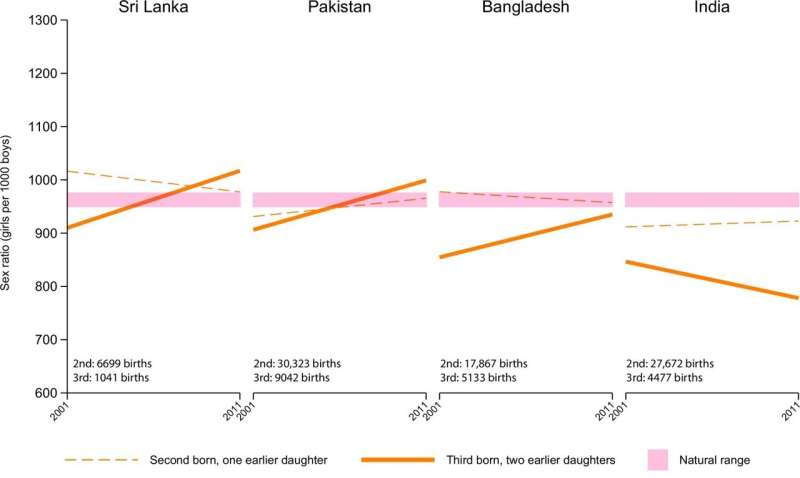 The study authors, health researcher Catherine Meh and Prof. Prabhat Jha from the Center for Global Health Research, Dalla Lana School of Public Health, previously established that selective abortion of females in second and third pregnancies was widespread and growing within India. Now, they have found the practice is more pronounced among families in which the mother was born in India but living in Australia, Canada, the United Kingdom (UK) or the United States US (or diaspora).

“We were surprised that the cultural preferences to have at least one boy were so widely seen among Indian diaspora,” commented Prof. Jha.

The current study, published in the journal eLife, examined selective abortion trends among Chinese or Indian diaspora using 18 million birth histories over about the last two decades from India, China, Australia, Canada, the UK and the US. Selective abortion of female fetuses, particularly following the birth of earlier girls, is well documented in India. There are strong cultural preferences to have at least one son in India and China’s one-child policy (which ended officially in 2016) affects family fertility choices.

The study authors applied Jha’s method called the conditional sex ratio, which is the ratio of girls born per 1,000 boys following an earlier birth of a girl. The natural range (in the absence of any prenatal sex determination and selective abortion) is about 950 to 975 girls per 1,000 boys and is the same for first, second or third births. The authors found that the sex ratios in each country were significantly lower than the natural range, especially for third births with earlier daughters. These results indicate the use of prenatal sex determination followed by selective abortion of female fetuses.

The authors concluded that Indian preference to have at least one boy in the family is the major driver of selective abortion of female fetuses for second and third births; and that such cultural preference is seen both in domestic Indian and diaspora families.