You are here:
Home / Health News / Research team working toward vaccine against COVID-19 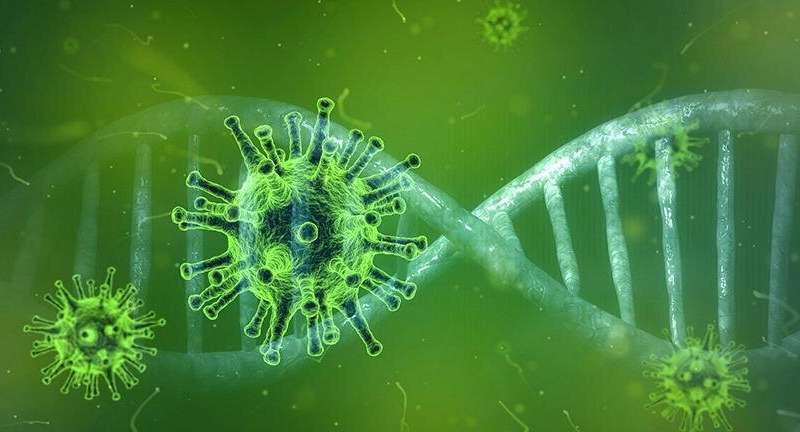 The race is on to find a vaccine against the new COVID-19 coronavirus. Professor Jonathan Heeney explains why a cautious approach is needed and how his team is using new technology developed for influenza and Ebola viruses to target the new infection.

It is hard now to conceive that two months ago, few people had heard of the new coronavirus. Now, the virus, which causes the disease COVID-19, has spread to every corner of the globe. The World Health Organization has officially declared the outbreak a pandemic.

With the threat of hundreds of thousands—possibly millions—of people being infected and healthcare systems becoming overwhelmed, the race is on to develop a vaccine that will protect individuals and slow the spread of the disease. But Professor Jonathan Heeney, Head of the Laboratory of Viral Zoonotics at the University of Cambridge, and one of the people working on a vaccine, says that coronaviruses present a particular challenge to vaccine developers.

Coronaviruses are named after their appearance: they are spherical objects, on the surface of which sit ‘spike’ proteins. The virus uses these spikes to attach to and invade cells in our body. Once inside, the virus uses the cell’s own machinery to help itself replicate and spread throughout the body, causing disease and allowing it to transmit onwards.

Traditionally, scientists would develop vaccines that program the body to produce antibodies that recognize and block these spikes. But this strategy can misfire with coronaviruses due to a phenomenon known as ‘antibody-induced enhancement’ or ‘vaccine-induced enhancement,” says Heeney.

“If you make antibodies against the spike, they can end up binding to it and helping the virus invade important immune cells known as monocyte-macrophages. Rather than destroying the virus, these cells can then end up being reprogrammed by the viruses, exacerbating the immune response and making the disease much, much worse than it would otherwise be.”

This phenomenon is well known, says Heeney, but it could still slow down development of a vaccine. “Researchers will want to be confident that their vaccine candidates are safe—that they don’t inadvertently make the disease worse—before they are tested in humans.”

As well as his Professorship at the Department of Veterinary Medicine, Heeney is CEO of DIOSynVax, a spin-out company set up in 2017 with the support of Cambridge Enterprise, the University’s commercialisation arm. Its strapline is “We change the way vaccines are made.” In the past few years, Heeney has won significant funding from the Bill & Melinda Gates Foundation and Innovate UK to develop new vaccines for diseases ranging from influenza to Ebola and other haemorrhagic fevers. It is this technology that he is now applying to the coronavirus.

DIOSynVax’s approach involves using computer modelling of the virus’s structure, created using information on the COVID-19 virus itself as well as its relatives—SARS, MERS and other coronaviruses—and identifying chinks in its armour, crucial pieces of the spikes that will form part of the vaccine, to disable the virus but without making the infection worse.

“A vaccine strategy needs to be laser specific, targeting those domains of the virus’s structure that are absolutely critical for docking with a cell, while avoiding the parts that could make things worse,” he says. “Our technology does just that.”

Their approach is to look at the genetics of these viruses to identify the key piece of genetic code that the virus uses to produce the essential part of its coat, the spikes, that are important for docking with a cell and to target these elements with the vaccine.

“What we end up with is a mimic, a mirror image of part of the virus, but minus its bad parts, the non-essential parts that could trigger those bad immune responses. What remains is just the magic bullet, essentially, to trigger the right type of immune response.”

Then, using a combination of artificial intelligence and synthetic biology, the team create a vaccine that includes this piece of genetic code, which can be injected into an individual. The body’s immune cells will then find it, decode it and us the information to program the rest of the immune system to produce antibodies against it.

The next step is to then test the vaccine in pre-clinical trials—in other words, give the vaccine to mice to check that it is safe to use. Mice are an important part of vaccine research: their physiology and immune systems are similar enough to ours to enable researchers to minimize the risk to humans taking part in clinical trials.

DIOSynVax’s approach is much faster than current vaccine development technologies, says Heeney, which means that even allowing for essential pre-clinical mouse studies, his vaccine candidate could be ready for human clinical trials as early as June. He is currently seeking funding to pursue his work further and a pharmaceutical company with whom to partner on clinical trials.