‘Portable A&E’ that can treat patients in life-threatening situations on the road ‘saves hospital £500,000 a year by preventing ambulance trips’

A portable A&E unit that treats patients in life-threatening situations has saved one NHS trust an estimated £500,000 in one year.

Patients can be treated on the spot, avoiding the need to be taken to hospital A&E units already overwhelmed by soaring demand.

The car is fitted with advanced medical equipment instant blood tests and stitches, to replicate what is normally found in hospital.

It also has a computer with access to patients’ electronic records, allowing the team to review hospital and GP notes.

The PRU team have a senior emergency doctor, who would normally assess, treat, admit, or discharge patients that have come to A&E at hospital.

The doctor’s experience enables the PRU team to treat a wider range of illnesses and injuries at the scene, compared to ambulance crews which usually need to take patients to hospital for further investigations. 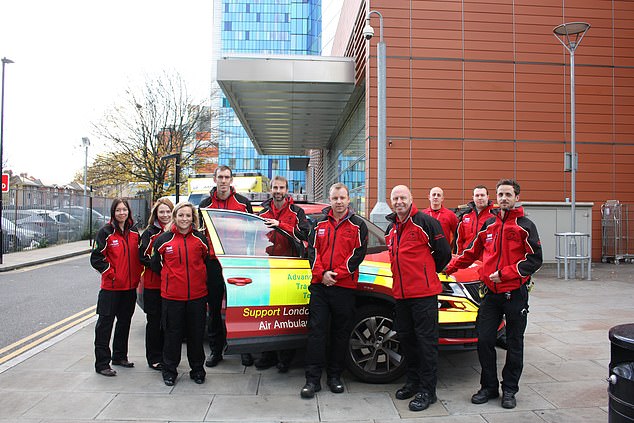 The Physician Response Unit (PRU), a ‘portable A&E unit’ that treats patients in life-threatening situations, has saved an NHS trust £500,000 in one year 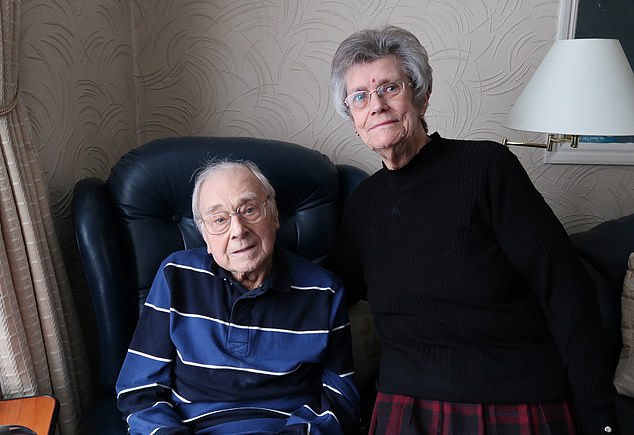 Charles Rumley, a 90-year-old man with dementia from East Ham, London, was one of those attended to when his catheter became blocked. His wife, Valerie, said the service meant ‘an awful lot’ to them, considering a trip to hospital would have been unsettling

Barts Health NHS Trust trialled the service, called The Physician Response Unit (PRU). It was launched in 2001 and responds to calls in northeast London.

Researchers evaluated how much money the five hospitals ran by the trust saved in 2018, after the service was reconfigured.

Results showed PRUs treated around five patients a day. One in four of those were likely to have been taken to hospital had it not existed.

The PRU covers a geographical area focused on the borough of Tower Hamlets, covering more than four A&E departments. 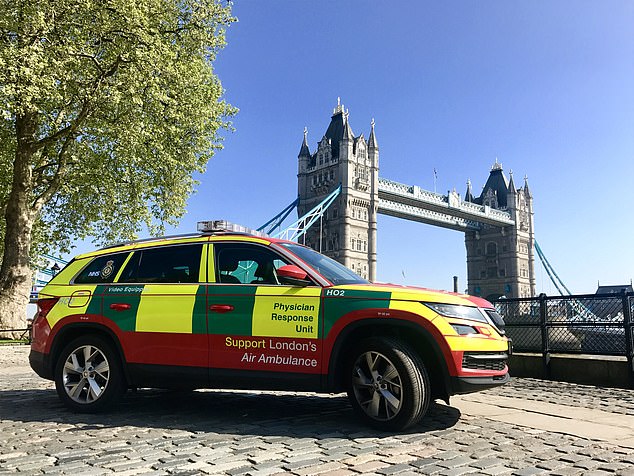 The PRU car carries advanced medication, equipment and treatments to replicate what is normally found in hospital. It also has a senior emergency doctor

He had a blocked catheter for which a district nurse advised calling 999 for hospital attention.

He has advanced dementia, and he and his wife were braced for a long day at A&E. Instead, a PRU team arrived and were able to change his catheter at their home.

Mrs Rumsey, said: ‘I initially phoned the local nurse, who said we should call an ambulance because it needed quick attention. So I phoned 999, and we got ourselves ready to go to hospital in an ambulance.

‘The response [of PRU] was so quick, arriving in around 10 minutes, and I was amazed when a car turned up with two medics, including a senior doctor, and an unbelievable amount of equipment.

‘They examined Charles, and said it could be done there and then. I just couldn’t believe it. The doctor who unblocked the catheter was absolutely brilliant, and sorted everything out so quickly.

‘Because my husband has advanced dementia, it meant an awful lot to us not to have to take him to hospital. It’s made us quite emotional, feeling so well looked after without having to leave the house. This should be made available to as many people as possible. A lot of people our age would benefit, and so would babies and children. Everybody would benefit, in fact.’

The remaining two thirds (1,289) were treated at the location they called from, for example their own home.

The most common problems treated were for stomach, urological, musculoskeletal, respiratory and mental health disorders.

An estimated 868 inpatient bed days were cut, and the service generated a net economic benefit of £530,107.

The PRU replaced the need for three ambulance responses per day.

He said: ‘Emergency departments, inpatient wards and ambulance services are under a lot of pressure. So the time is ripe for a service like this to be rolled out more widely.’

The results, published in the Emergency Medicine Journal, come after damning ambulance wait figures were released by the NHS yesterday.

Last week 16,254 people arriving by ambulance had to wait more than half an hour to be seen by A&E staff after arriving at a hospital in England.

This compared to 9,357 in the same week last winter – a 75 per cent jump. Hour-long waits were three times as high as last year, NHS statistics show.

‘We’re able to provide immediate patient-centred care for those who would normally need to be taken to ED.

‘This also frees up hospital and ambulance resources, and allows us to prioritise care in ED for very sick patients.’