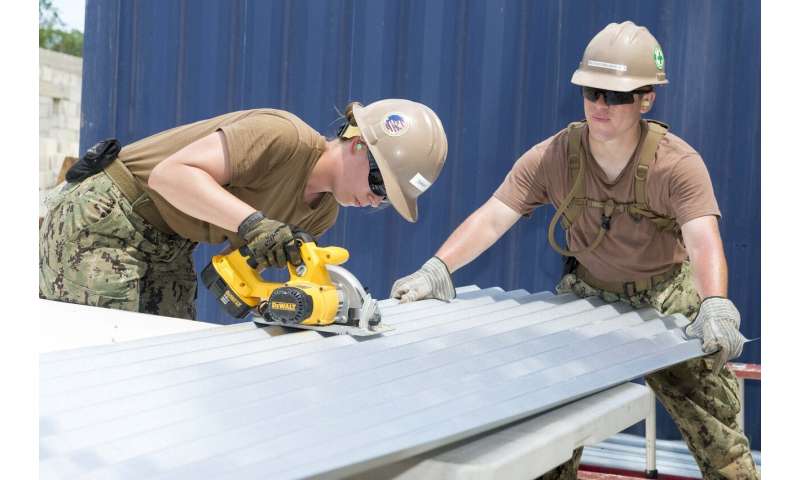 Physically demanding jobs are linked to shorter working lives, more sick leave and unemployment than jobs that don’t rely on muscle and brawn, suggests a large long term study of Danish workers in hundreds of different types of jobs, and published online in Occupational & Environmental Medicine.

The findings have implications for plans by various European governments to increase statutory retirement age, say the researchers.

Amid longer lifespans and falling birth rates in much of Europe, the expectation is that people will have to work longer before they can retire. In Denmark, the statutory retirement age is set to rise from 65.5 in 2019 to 72 by 2050.

But healthy life expectancy isn’t necessarily increasing at the same rate as life expectancy, particularly among the more disadvantaged in society, nor do these reforms take account of the impact of ageing on muscle strength, say the researchers.

To try and gauge the toll a physically demanding job might take on the ability to work, the researchers looked at the working life expectancy of 1.6 million Danes between the ages of 18 and 65 who had a job as of November 2013.

Working life expectancy captures the number of years a person at a given age is expected to work until retirement from the labour market.

The level of physical demand required for each person’s job was measured by the job exposure matrix, or JEM for short. This covers 317 different types of occupation.

Jobs scoring highly included those in construction; manual labour, such as carpentry, masonry, painting and plumbing; cleaning; and manufacturing industries.

Periods of sick leave, unemployment, and disability pension payments were recorded for each participant for the next four years until 2017.

The final analysis is based on workers aged 30, 40, and 50. It showed that more men than women were categorised as having very physically demanding jobs according to the JEM score.

Men in this group were, on average, nearly 3 years younger than their peers in physically undemanding jobs. Women, on the other hand, were around 10 months older.

Among women, the equivalent figures were just over 29.5 years and nearly 33 years, respectively.

In all, a 30 year old woman would be expected to have 3 fewer years of working life; 11 more months of sick leave; and 16 more months of unemployment, the analysis showed. The equivalent figures for a man would be 2 years; and 12 and 8 months, respectively.

The researchers point out that there are likely to be other factors in the ability to work, which were not accounted for in this analysis, including lifestyle factors, such as obesity and smoking, as well as long term conditions.

But they nevertheless conclude: “This study showed that high physical work demands are a marked risk factor for a shortened expected working life and increased years of sickness absence and unemployment.”