You are here:
Home / Health News / On the frontlines: How clinical trials are key to fighting viruses

On the frontlines: How clinical trials are key to fighting viruses 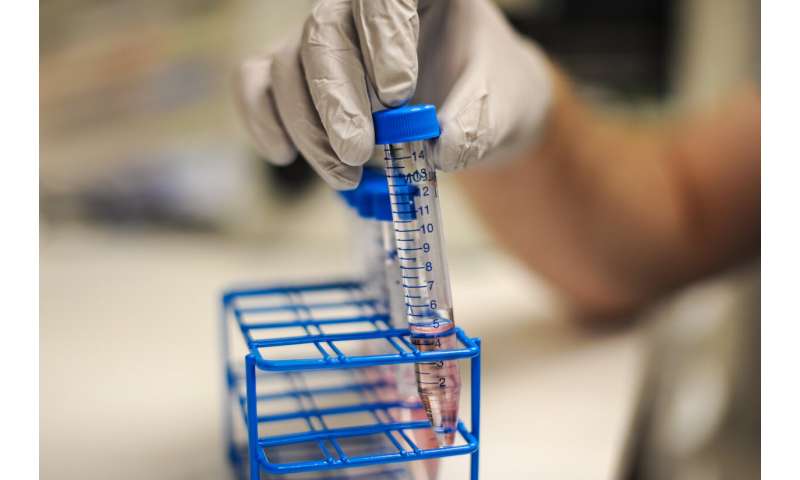 In March, someone in Seattle became the first person in the United States to take an experimental dose of a potential vaccine for the novel coronavirus, COVID-19. Doctors injected 45 healthy people as part of a clinical trial they hope will protect people from a virus that has killed tens of thousands and upended normalcy across the globe.

Last month, Virginia Commonwealth University began clinical trials for an experimental COVID-19 treatment drug, just the start of many clinical efforts at VCU to address the pandemic. Every year, patients participate in hundreds of clinical trials—575 in 2019—led by VCU researchers and VCU Health providers with the support of the university’s C. Kenneth and Dianne Wright Center for Clinical and Translational Research.

VCU News spoke with F. Gerard Moeller, M.D., the Wright Center’s director and principal investigator, division chair for addiction psychiatry and professor of psychiatry, pharmacology and toxicology, and neurology, and Michael Donnenberg, M.D., an infectious disease specialist, professor of internal medicine and the senior associate dean for research and research training at the VCU School of Medicine, about clinical trials and vaccines.

How does a vaccine work?

Moeller: The basic way that a vaccine works is that it encourages your body to develop an immunity to a virus so that, when you’re exposed to it, your own immune system can fight it off.

Donnenberg: People are immune to some infections because they make antibodies that bind to molecules on the surface of the pathogen. Antibodies are amazing because they are specific to that molecule, and they won’t bind to anything else. That blocks the pathogen’s ability to start the infection and, once [the pathogen is] coated with antibodies, our white blood cells can more easily engulf it and destroy it.

How do researchers begin to develop a vaccine once they have a disease’s genetic sequence?

Donnenberg: To develop a vaccine, we have to know what molecules on the surface [of the pathogen] are the ones that are relevant to generating the protective antibody response. Fortunately, with something like COVID-19, we already know from its close relatives which molecules, or proteins, would fit that role.

Donnenberg: The next step is to produce that protein and produce it in a way that makes it attractive to the immune system to make antibodies against it. There are many ways to do that. One option that often works well is to make an empty viral capsid, the outer surface of the virus without its nucleic acid. Without its nucleic acid, it can’t replicate or cause the disease, but it’s presenting to the immune system just as the normal virus would.

Or there have been immune responses generated just with the messenger RNA that encodes that protein. Your body picks up the messenger RNA, which has the instructions to produce the protein, and your body makes the protein. And, since it’s only one protein and not the whole virus, it can’t replicate. There is no current licensed vaccine like that. The quickest route to a vaccine that can be licensed has been, up until now, producing either the empty capsids, or just the one protein that will most likely induce protective antibodies.

When do trials begin?

Donnenberg: First, there are studies done to gauge safety. And, if it’s a virus that can affect an animal, researchers can do studies in animals showing that it prevents infection. Some viruses only infect people, and you have to skip that step. Then hopefully, the next step is to find out if it’s safe in people by taking healthy people, giving them a teeny bit. If they’re all fine, then give more people a higher dose. That’s a phase 1 trial.

The people getting the COVID-19 vaccine in Seattle are going to get two shots, a month apart, and they’re supposed to journal and keep track of some vitals. Why do they have to do that?

Moeller: The researchers are interested in any side effects that might come up from the vaccine because there are side effects from all medications. And whether a medication gets approved by the Food and Drug Administration is this balance between risk and benefit. The level and severity of the side effects determine whether a medication should be approved for general use. It also depends on what the illness is. The FDA might accept pretty significant side effects if it cures cancer versus if it’s something that just reduces weight.

So a phase 1 preclinical trial gauges safety. What happens after that?

Donnenberg: The next stage is to randomize subjects to give the vaccine to or not and measure the antibody levels that they have afterwards. You’re looking for an antibody level that is high enough to be able to inactivate the virus and prevent the infection.

Donnenberg: The last thing is to do a big trial with an eye toward if the vaccine is effective at a certain level. For example, maybe we want it to protect at least 75% of people. So how many people would we have to vaccinate compared to the placebo to see a significant difference? Then if the vaccine works, you’d have a lower infection rate in the experimental group than in the control group, but you want enough people in the trial that the difference would be statistically significant. That’s phase 3.

Would you directly expose participants, healthy people injected with the vaccine, to the virus?

Moeller: No. What they would do is find a part of the U.S. where there’s an increasing infection rate for the virus, and they’ll vaccinate people in that area to see if the rate goes down compared to a model of where it would have gone without the vaccine.

Donnenberg: If it were a mild infection, you could do that under controlled settings. But you can’t do that with COVID-19. With some bacterial infections, that has been done: cholera, for one, which sounds really dangerous, but if the investigators are there to monitor for signs and symptoms of cholera and treat it as soon they appear, it’s actually safe.

But are there risks involved for the volunteers in terms of side effects?

Moeller: Yeah. Even placebos have side effects.

So is this why it could be a year to a year and a half before anything could be approved?

Moeller: We do have to be safe. There have been medications that came out and treatments that came out that have had significant side effects or have even been fatal. You want to make sure that you’re not doing more harm with a treatment than you are in protecting them from the virus itself.

Donnenberg: I’d say that none of it is easy. It requires large teams of people working together who have lots of different expertise, and it takes time to get the answers to each step. … So just to know whether we even have a hint that it might work after gauging a medication’s safety, that’s a couple of months of study. And each step is like that. It takes weeks to know whether it’s working, and you can’t go right to the last step. You have to do each one.

If people are interested in participating in clinical trials—treatment or vaccine—what can they do?

Moeller: There are different ways people can find out about clinical trials. We post them on our Facebook page. We have a website called Research Match where individuals who are interested in clinical trials can go online and put in keywords like cancer or coronavirus. It will tell you all of the clinical trials that are going on near where that person lives. Probably the most common way a person finds out about a clinical trial is from their doctor. So if you’re seeing your doctor because of your diabetes, ask “Do you know of any clinical studies going on for new treatments? I’d be interested in participating.”

How do researchers choose which volunteers to accept for those types of things?

Moeller: The research protocols have a list called inclusion and exclusion criteria. And those are set up in advance to try to maximize the number of people that can participate but also keep the study safe. So if you have a new medication that you don’t know what effects it will have on elderly patients, you might limit the age to under 65. Or, most medications you’d be worried about somebody who was pregnant, and you would limit it to people who are not pregnant.

Is it fair to say the many treatment and vaccine trials for COVID-19 have come to fruition very quickly in terms of the length that it usually takes?

Moeller: Yes. They’ve had some expedited approval processes because the need is so urgent. They’re willing to reduce some of the barriers that exist for clinical trials.

Have we seen this before? Did anything else trigger such a response?

Moeller: With the HIV epidemic, they did some of a similar kind of reducing barriers to increase clinical trials, increasing access to medications and clinical trials for people with HIV.

Donnenberg: The only other example I can recall is the response to the Ebola crisis in West Africa in 2014, which really accelerated the desire to get an Ebola vaccine. There had been labs working on it already because of small outbreaks, but once the outbreak was in the thousands, they ramped it up. And what they did actually was a lot of the classic phase 2 tests and phase 3 trials where they vaccinated people who were exposed to somebody who was infected and vaccinated all of them, but they couldn’t deliver that vaccine to all places. So, the control groups were simply a place that they couldn’t get the vaccine to. It wasn’t a perfectly designed scientific trial, but considering how many people were dying—death rates above 50%—the urgency was there. Just in case it worked, they wanted to be able to save lives.

There are lots of research groups out there pursuing COVID vaccines and treatments. How do you make sure you’re all collaborating and nobody’s duplicating efforts?

What else do you want people to know about this public health crisis? What questions have you been getting from your non-doctor friends?

Related posts:
Tags: are Clinical fighting frontlines: How key on The to trials viruses
SHARE ON SOCIAL MEDIA
RELATED NEWS