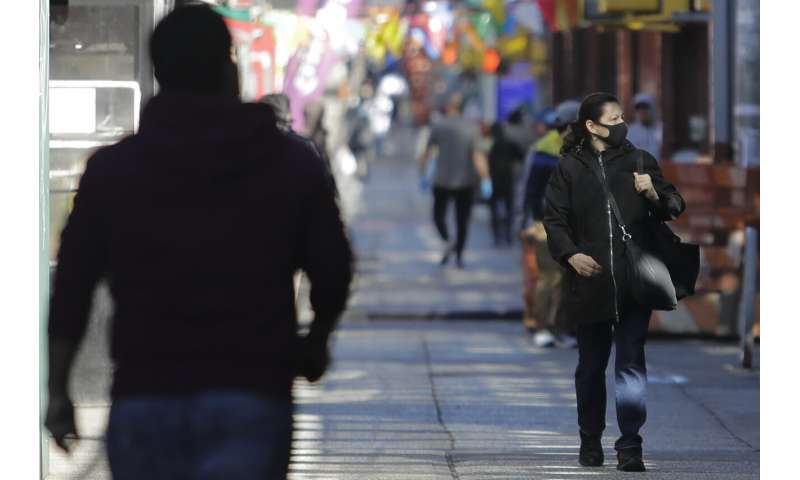 A slight dip in new coronavirus deaths in New York over the last 24 hours may be a glimmer of hope that the spread is slowing, Gov. Andrew Cuomo said Sunday as overall fatalities in the state climbed to nearly 4,200.

Cuomo said it was too soon to determine whether the pandemic had reached its apex.

“We could either be very near the apex, or the apex could be a plateau and we could be on the plateau right now,” Cuomo said. “You can’t do this day to day. You have to look at three or four days to see a pattern.”

The state reported 594 new coronavirus deaths on Sunday—a small decrease compared to the 630 new fatalities announced the day before. ICU admissions and intubations were also down, the governor said, while the discharge rate from hospitals was rising.

Cuomo sounded cautiously optimistic even as he urged New Yorkers to remain vigilant and continue adhering to the strict social distancing policies in place.

“The coronavirus is truly vicious,” he said. “It’s an effective killer. People who are very vulnerable must stay isolated and protected.”

New Yorkers hunkered down Sunday as the city entered what authorities called a critical phase of the crisis. Those venturing outdoors for groceries or exercise largely heeded the city’s new guidance to wear face coverings such as scarves or bandannas—a sight far less common a week ago.

Mayor Bill de Blasio also found cause for encouragement, telling reporters that while the city still needs thousands more ventilators, its supply had outlasted earlier projections. Like Cuomo, he stopped short of declaring a turning point in the crisis.

“I see a few signs that are a little hopeful, for sure,” he said. “But I think it’s early to be able to declare that. Let’s hope and pray, but we’re not quite there yet.”

Here are the latest coronavirus developments in New York:

The governor said the state’s health care system remained over capacity, adding New York is “running short on supplies all across the board.” More than 122,000 people have tested positive for the coronavirus and at least 16,000 people remain hospitalized.

“The operational challenge for the health care system is impossible,” Cuomo said. “It’s not an exercise. It’s not a drill. It’s a statement of reality.”

The federal government was deploying 1,000 doctors, nurses and respiratory technicians to New York, including 325 scheduled to begin arriving in New York City as early as Sunday.

The statewide balance of coronavirus cases has been “relatively stable” over the past few days, Cuomo said, but officials were tracking what they called a shift to Long Island. Nassau and Suffolk counties together have more than 26,000 cases. 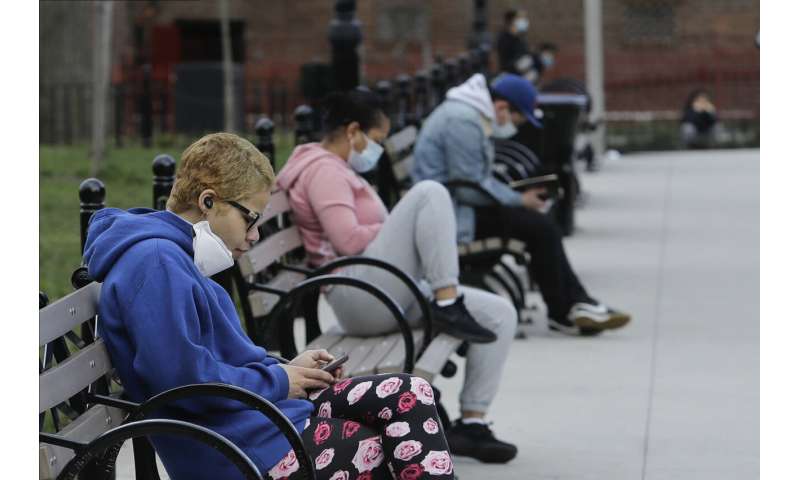 De Blasio reiterated his call Sunday for a federal enlistment of health care workers, warning of a “huge surge in these coming days” that could cripple the city’s already strained hospital system.

In all, he said New York City is going to need 45,000 doctors, nurses, and respiratory therapists to get through the crisis.

Some 300 military medical personnel were arriving in New York, an infusion the mayor called a good start. He has asked for about 1,450.

“Right now there’s a peacetime approach in Washington,” de Blasio said, “and that won’t cut it.”

The city canceled all of spring break for its public schools and, in a controversial reversal, called for classes to be held on the start of Passover and Good Friday. School officials announced the decision Friday, saying it was important to keep remote learning uninterrupted.

“No matter how angry and frustrated we are right now, we must focus on the most important thing, which is to get through the crisis,” Michael Mulgrew, president of the United Federation of Teachers, said in a letter to his members. “I am sadly sure that there will be many more tough challenges in the days and weeks to come.”

1. As the coronavirus pandemic causes restrictions across the U.S., Appalachian Trail thru-hikers face the difficult decision to postpone their dreams or ignore warnings and forge ahead.

2. Hospitals are starting to line up COVID-19 survivors to donate some blood so that doctors can use it to treat the sick.

3. Thousands of workers like 22-year-old EMT Josh Allert have been thrust onto the front lines of the coronavirus emergency in New York City. Allert’s mental and physical stamina are constantly put to the test as he transports coronavirus patients around the city.