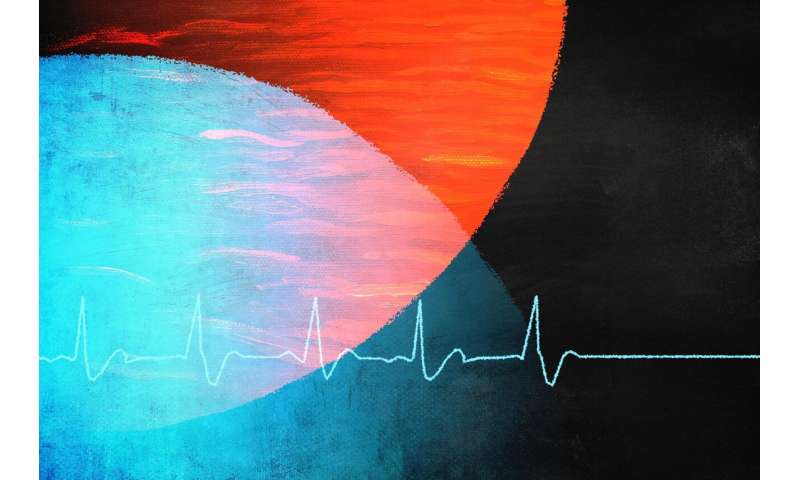 Nearly 130 people in the United States commit suicide every day. New work at the University of Virginia suggests that language used in text messages may one day help clinicians predict an increased risk of a suicide attempt in real time.

The lead author of the study, UVA Ph.D. graduate Jeff Glenn, said the study was created because it is hard for clinicians to know when their patients are at risk of attempting suicide.

Presently, they must rely on patients to self-report suicidal thoughts, and that mechanism is limited because people may choose to conceal their thoughts to avoid consequences or they may not be in a state of mind to reliably report how they are thinking and feeling. And even for patients who are aware of their suicidal thoughts, those musings can be fleeting and frequently change from moment to moment.

“When the clinician is doing a risk assessment, we’re only getting a really narrow snapshot in time during that face-to-face encounter,” Glenn said. “The problem is there’s a lot of time that the patient is spending outside of that clinician’s office,” when suicide risk may increase, and that time is largely invisible to doctors.

This new study aims to better understand one way it may be possible to evaluate and track a patient’s risk in the real world. “What we tried to do is design a study to learn if we could see signs of increased risk through text messaging, which is something that a lot of people do every day,” Glenn said.

His team recruited 33 individuals who had attempted suicide in the past, collecting nearly 200,000 text messages and analyzing them to identify real-time patterns in communication uniquely associated with a pending suicide attempt.

“We tried to reconstruct their timeline, asking them when they made a suicide attempt in the past and when they had other periods of time that didn’t result in an attempt,” he said. “What we’re trying to do is identify unique signs within that period of time before suicide attempts, which would give us a sense that they’re close to a crisis or a crisis might be coming up.”

To get those answers, Glenn’s team used software that codes language. He said it’s often less about finding particular words and more about determining mood, be it positive or negative. For example, “there’s a dictionary for positive mood. That dictionary might contain words like ‘happy,” ‘joyful,” or ‘elated.” Then the software goes back and asks, “How many of those words are in this text message chain?” It’s a way to gauge to what extent someone is communicating in a way that indicates that they are talking about positive mood,” Glenn said.

Examples of words in the dictionary for angry mood are “hate,” “mad” and “annoyed.”

Glenn and Nobles did much of the research while still at UVA. Today, Glenn is a postdoctoral fellow with the Durham, North Carolina, Veterans Administration Health System. Nobles is an assistant professor of data science at the University of California, San Diego.

“The big takeaway would be that text messaging is one of many potential ways to gain insight into one’s suicide risk level,” Glenn said. “Prevention works best when we’re able to detect risk early so that we can intervene.”

The larger point, he said, is that digital communication is already integrated into people’s daily lives. “All this data is accumulating normally as we’re messaging, which provides unique opportunities to better understand how behaviors are occurring in the real world.”

Glenn said that as the health industry shifts to meet people where they are, whether it be through web-based or phone applications, clinicians and patients at risk of suicide may be able to use data to work collaboratively to catch increased risk early. However promising, Glenn noted that much more work needs to be done before these research findings can be implemented in clinical practice.