A British father who was helping his daughter study for a biology test made a shocking discovery when the pair was reviewing the body’s lymphatic system: a cancerous lump.

Jonathan Jenkyn, 43, was helping his 17-year-old daughter, Alice, study for her General Certificate of Secondary Education (GCSE) exam in biology last May. When reviewing the lymphatic system, Jenkyn showed Alice where some of the glands are in the body — such as the neck and armpit — when he noticed a roughly grape-sized lump in his neck.

He promised his daughter he would get the lump checked out. Following a biopsy, Jenkyn was diagnosed with metastatic oropharyngeal carcinoma, he said, according to the Daily Mail. The cancer forms in the tissues of the oropharynx, or the middle part of the throat behind the mouth, states the National Cancer Institute. 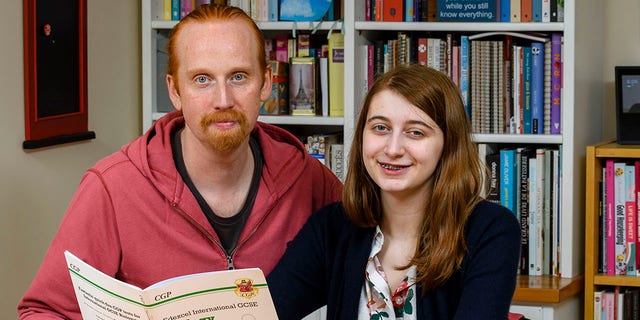 Jonathan Jenkyn, 43, found a lump in his neck which was later diagnosed as cancer after teaching his daughter, Alice Jenkyn about lymph nodes ahead of a test.
(Caters News Agency)

“It was [the] luck of the draw that we picked the lymphatic system to cover that evening, and I'm extremely glad that I helped her on that day with her schoolwork,” Jenkyn said. “We had a brief discussion as to what it could be at the time and I explained that the lymph nodes can get inflamed for non-urgent reasons. But I promised her I would get it checked out, and it's lucky I did."

Soon after the diagnosis, the dad underwent an “intensive course” of chemotherapy and radiation,” as per the Daily Mail. He was declared cancer-free last week. 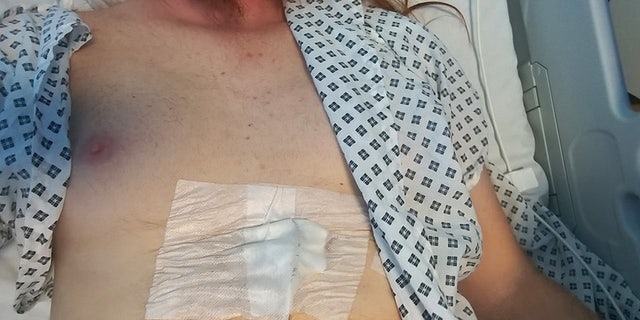 “I  thought it was nothing, maybe just an inflamed lymph node but thought it would be best to get it checked out. I certainly wasn't expecting it to be cancer,” he recalled, adding the news was “really scary” at the time.

“I was told if I had not spotted the lump I wouldn’t have seen the new year,” he claimed.

Though the experience was “unimaginably difficult,” Jenkyn said he is thankful to be alive and beginning to “feel normal again.”

“It really is quite crazy that a bit of revision with my daughter became the reason I survived an illness as serious as cancer," he added.

Alice said that she, too, never expected that reviewing for her test would have such a deep impact on her father and family. But, she noted, "We're just happy that he's okay, and of course that I passed the science exam.”