You are here:
Home / Health News / Man turns life around after cancer sets him 'on a path of self-destriction' 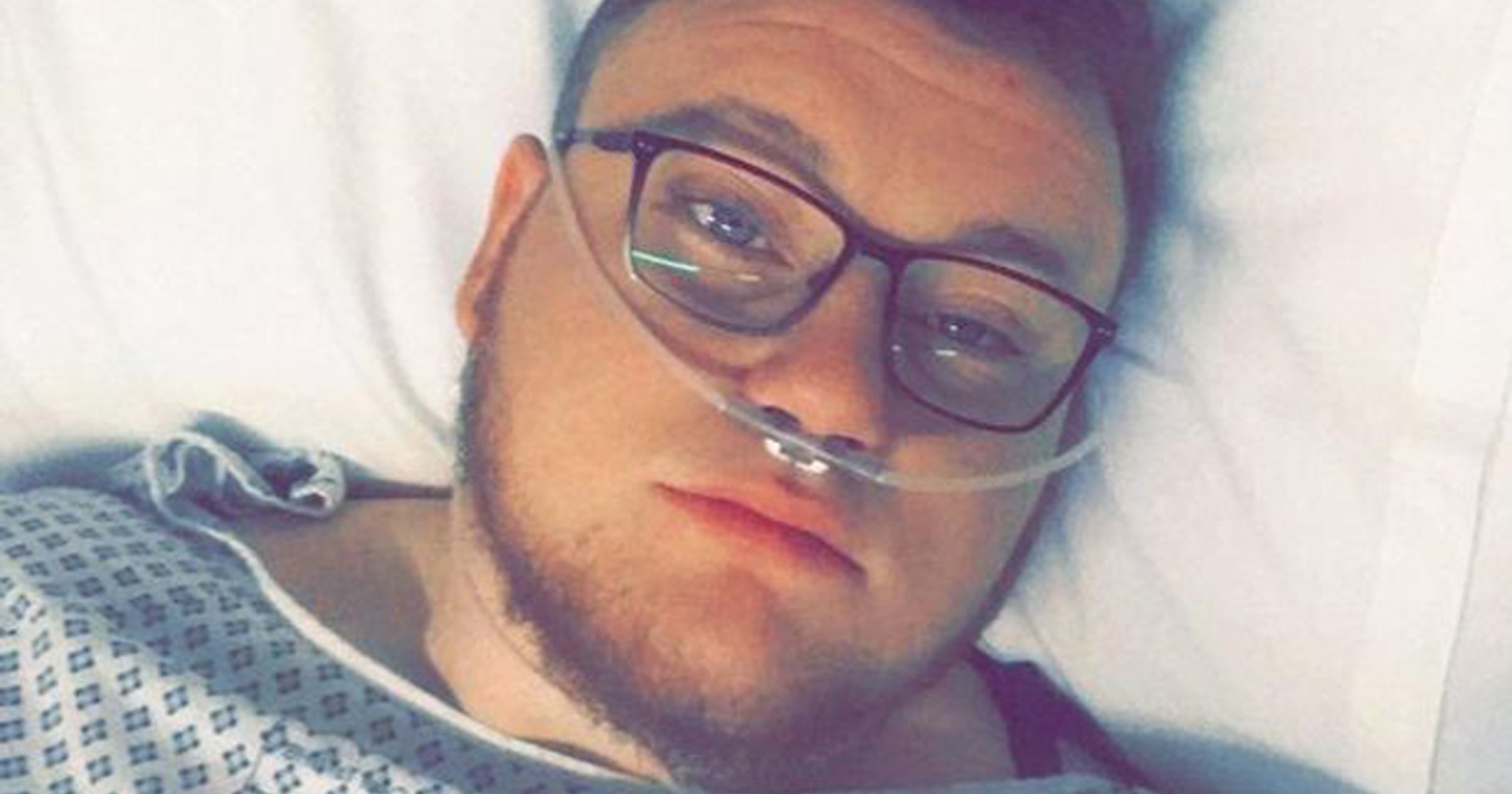 When Garret Cann was diagnosed with cancer in his late 20s, he found himself going down a dark road in an attempt to cope.

It was a path that led to him being in the worst shape of his life – until he turned himself around three years later.

Now, Garret hopes to be crowned Wales’ strongest man next year, having competed in a number of strongman competitions across the UK.

Until the age of 25, Garret said rugby was his life – rather than heavy lifting.

Having played religiously throughout school and his early 20s, including at the Principality Stadium for Rhydyfelin RFC, Garret left Wales aged 20 to pursue his dream of becoming a professional rugby player.

He managed to climb through the ranks to play for Old Albanians RFC, but sustained a few bad injuries.

After one knee injury, Garret moved back to Wales.

While he dipped in and out of playing rugby, the 25-year-old said his heart wasn’t in it anymore.

Then, at just 28 years old, he was diagnosed with testicular cancer – after finding a lump while in the bath one night.

After finding the lump, Garret initially didn’t tell anyone, even initially telling his father that doctors thought it could be a cyst.

‘I’ve dealt with a lot of stuff quite privately in my life. I’m not really one to speak about it,’ he said.

The first person he told was one of his work colleagues.

A railway engineer by trade, Garret has to walk on the tracks as part of his job and, in the process of getting his diagnosis, the lump had continued to grow at a rapid pace, making it painful for him to do so.

After his colleague asked him what the issue was, Garret opened up.

But after receiving his diagnosis, Garret decided he needed to start telling the people close to him.

‘I didn’t really get upset, I kind of knew it was coming,’ he says.

That was the ‘worst experience’ of his life.

‘I sat outside my dad’s house for half an hour crying because I knew it was going to affect him so badly – I didn’t want to put that on him.’

Within just a month of finding the lump, Garret went in for surgery.

Sometimes, testicular cancer can spread to lymph nodes at the back of the stomach, and doctors found that Garret’s lymph nodes were showing signs of infection.

While he needed to go in for even more tests, thankfully, it was found that the cancer had not spread.

Garret’s condition was monitored and doctors waited to ensure that there were no signs of the cancer being active before giving him the all-clear.

‘I was kind of on a path of self-destruction through that time. Then I actually met my girlfriend and, to be honest, she pretty much saved me from going too far,’ he says.

While Garret said he had ‘never been a massive drinker’ and would only go out every now and again, because he was off work at the time of his diagnosis, he began going out as much as he could.

‘I was trying to escape what was happening by just going out and pretty much just drinking. I think I was going out three nights every week. It was kind of my way of escaping reality,’ he says

‘I wasn’t going to the gym, I wasn’t doing anything. I was just doing that.’

His partner encouraged him to get back to the gym and, once Garret was given the all-clear three months after they met, the pair were able to start enjoying themselves and make plans for the future.

By November of that year, the couple were expecting their first son together.

At this point, Garret said he was in the worst shape of his life.

Spurred on by finding out he was to become a father, he went back to the gym to get fit for his family.

‘I thought, “Right, I can’t be a father and basically look like a sack of potatoes,” so I wanted to get back into the gym,” he says.

‘I realised that they’d needed me to be healthy so I could do these things with them and basically be around for as long as possible.’

Initially, Garret was simply aiming to improve his fitness, but he was approached at the gym one day by a man who he now counts as one of his best friends.

‘He walked up to me one day and said I should try and do a Strongman Competition,’ he said.

While he said he wasn’t interested at the time, Garret later changed his mind –keen to have a goal to work towards.

In May of 2021, Garret competed in his first strongman show at Yo Yos gym in Pembrokeshire and won.

He said he’d been hooked ever since. He then went on to compete in Ultimate Strongman Wales’s Strongest Man 2021 – his first stadium show – and came in third place.

This year has been incredibly busy for Garret.

He narrowly missed out on a podium spot while competing in the Ultimates 2022 Wales’ Strongest Man and placed sixth place in the Final Eliminator at Doncaster Dome against a stacked line-up of strongmen from across the country.

In 2023, Garret will be bringing his A game, with yet another busy competition calendar. It’s now off-season, and Garret is currently training under strongman legend Laurence Shahlaei.

His first show will be in March, where he will be competing for the title of UK’s Strongest Man Final Eliminator.

His main goal, however, is to win the Ultimates Wales’ Strongest Man competition and, one day, the UK’s Strongest Man.

‘It was a massive event in my life,’ Garret says, looking back on his diagnosis three years ago.

‘It changed a lot in me, as in my outlooks and how I want to achieve things,’ he says.

He adds: ‘I realised that tomorrow isn’t always guaranteed, so you kind of have to make the best of today and just try to be a good person.’

‘I think being a good person not only reflects on you, but it can help other people a lot.’