You are here:
Home / Health News / Long-term impacts of famine include health and socioeconomic challenges

Long-term impacts of famine include health and socioeconomic challenges 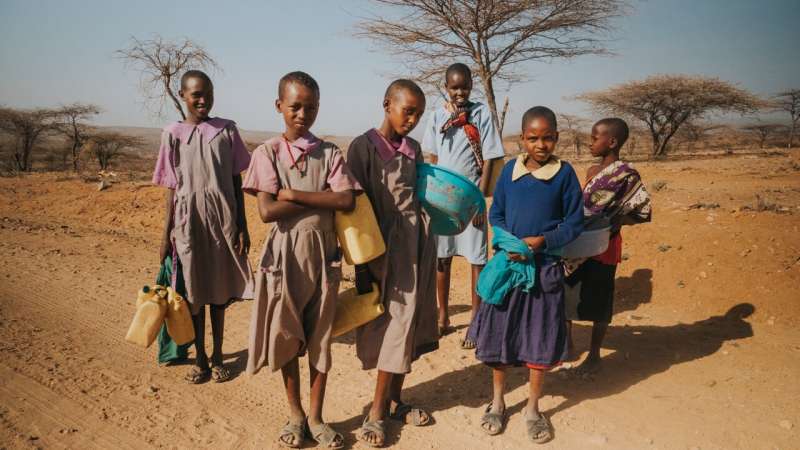 Millions of children are exposed to extreme hunger each year, but children who experience malnutrition are more likely to have poorer health and developmental delays that persist into old age, according to previous research findings. Researchers at Penn State recently examined the results of early-life exposures to famine and malnutrition and found numerous impacts on health and socioeconomic attainment, especially among males.

The research is important, because malnutrition is still common in parts of Africa, Asia, Latin America, and the Caribbean, said the researchers.

According to Haas, previous research focused on in utero development as a critical period of vulnerability to malnutrition.

“We wanted to conduct more of a comprehensive examination of childhood to determine the long-term consequences of in utero, infant, childhood, and adolescent exposure to famine,” said Haas.

The researchers examined individuals who were exposed to the Dutch Hunger Winter, which took place at the end of World War II when the occupying German army blockaded the western provinces of the Netherlands exposing approximately 4.5 million people to a severe famine. This created a natural experiment to look at the long-term effects of famine.

“In addition to severe hunger, the famine period was also plagued by violence, infrastructure and institutional failure, severe cold, military executions, and sanitary system breakdowns,” said Haas. “We were interested in exploring these impacts on an array of long-term health conditions, including cardiovascular disease and diabetes, as well as stunted socioeconomic attainment.”

“The GEMON is a nationally representative survey of the Dutch population aged 18 years and older. When linked, the data provide the date and place of birth of respondents, allowing the identification of the location and age of the respondent—including those in utero—during the Dutch Hunger Winter,” Haas said.

The researchers focused on individuals born before 1949 and obtained a sample of over 123,000 individuals. They found that malnutrition in utero caused the most severe physical consequences such as increased risk of diabetes, cardiovascular disease, and obesity later in life, as well as muscular-skeletal deficiencies and auditory impairment. Their findings published in the journal Population and Development Review.

“For school-aged children and adolescents exposed to severe famine, we found increased resilience to the effects of malnutrition on physical health,” said Haas. “However, we did find that those age groups faced more negative socioeconomic impacts.”

The researchers also looked at gender differences and found that males exposed to malnutrition in utero show stronger negative consequences across a wider array of health conditions than their female peers.