The ketogenic diet, popular among athletes seeking a performance edge and people hoping to lose weight, may harm bone health in the long term.

Australian research has found that athletes on the keto diet showed impaired markers of bone health, possibly due to inflammation caused by low intake of carbohydrates. 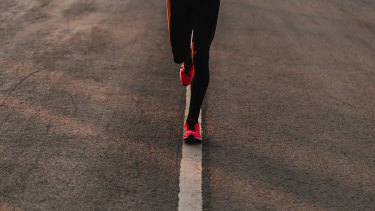 The ketogenic diet may not be beneficial for athletic performance or bone health.Credit:Getty

For the study by researchers from the Australian Institute of Sport (AIS) and the Australian Catholic University (ACU),  28 world-class endurance athletes were recruited while preparing for the 2016 Summer Olympic Games and the 2017 World Championships.

The athletes were divided into two groups; one was put on a closely-monitored ketogenic diet (where fat comprises about 70 per cent of the daily energy intake), while the other was put on a high-carbohydrate diet.

Three-and-a-half weeks later the groups were tested for bone markers after fasting, eating, exercising and again after a carbohydrate “restoration” feed.

This is strong circumstantial evidence that the ketogenic diet could have adverse effects on bone health in elite athletes.

The researchers, whose work was published in Frontiers in Endocrinology,  believe this may be the result of an inflammation response.

Louise Burke, the head of sports nutrition at AIS, said when there was low carb availability during exericse, there were "increases in the inflammatory response to exercise and there’s a number of … activities that are the result of that, one of them being the bone-change".

“You would predict that if this was the daily environment in which they were getting more bone breakdown then, over time, that would lead to bone loss or loss of bone mineral density,” she said.

“This is strong circumstantial evidence that the ketogenic diet could have adverse effects on bone health in elite athletes. It is not clear if these same results would also apply to people who are not elite athletes.”

While the ketogenic diet may remain popular in certain circles, it is no longer popular among the elite athletes Burke works with at the AIS.

Their research has found that for athletes needing to work at a high intensity (80-85 per cent of VO2 max) “it is not beneficial”.

This is because fat requires more oxygen to burn than carbohydrates, Burke explains. So when an athlete needs to find another gear so they can sprint to the finish line, or power up a hill or break away from the pack, they have to use more oxygen or slow down.

“In our studies, we found it might be an OK thing to do in very moderate ultra-endurance exercise but when we’re dealing with higher intensity elite athletes, it’s actually a disadvantage,” she said.

For this reason, when Burke now tries to recruit athletes to try the keto diet so they can further explore the “bone angle”, they decline.

Burke insists no nutrition study is “black and white”. “There’s always context,” she said, advising people to “weigh up the evidence and see where it points”.

For long-term bone health and high-performance sport however, the evidence does not point to the ketogenic diet.