You are here:
Home / Health News / Just how much contact tracing and testing do we need to control the spread of the coronavirus?

Just how much contact tracing and testing do we need to control the spread of the coronavirus? 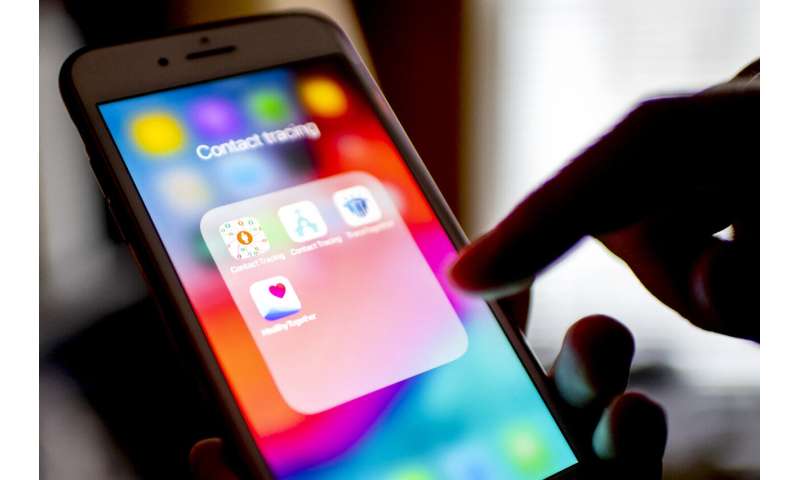 Early on in the pandemic, lockdown and physical distancing measures were able to slow the spread of COVID-19 and bring case numbers down. But as the U.S. has begun to reopen, the number of new cases has surged in many places. To reopen safely and keep from overwhelming hospital capacities, according to public health officials, we need adequate testing, contact tracing, and quarantining to stop localized outbreaks before they get out of hand.

But how much testing is enough? What percentage of people who’ve been unwittingly exposed to the virus do we need to track down? How many people will need to be quarantined?

In a recent study published in Nature Human Behavior, researchers at Northeastern’s Network Science Institute sought to quantify these answers.

“Finding the right balance between when and how you reopen and how much you do testing and contract tracing is important, because none of those approaches alone is the optimal solution,” says Matteo Chinazzi, a senior research scientist in Northeastern’s Laboratory for the Modeling of Biological and Socio-Technical Systems. “The optimal solution is to find a trade-off, a good mixing, between all of these different parameters.”

Using a model based on population dynamics in Boston and the surrounding areas, the group, which also included researchers from the Institute for Scientific Interchange Foundation, Universidad Carlos III de Madrid, Bruno Kessler Foundation, University of Washington, University of Florida, and MIT, examined three scenarios. In every scenario, they assumed that schools would remain closed for the 2019-2020 school year and through the summer.

“We are not trying here to actually represent the outbreak in the Boston metropolitan area, but to see ‘what-if’ scenarios,” says Ana Pastore y Piontti, an associate research scientist at Northeastern.

In the first scenario, there was no lockdown and the pandemic grew unabated, as expected.

In the second scenario, there was a strict lockdown, which significantly dropped case numbers, and then a staged reopening as stay-at-home orders were lifted. In the first stage, work and community locations were allowed to reopen, excluding “mass-gathering locations” such as restaurants and theaters. After four weeks, everything reopened.

While this scenario showed that the lockdown successfully brought case numbers under control, it did not stop them from resurging as people began moving around again.

“When we do nothing, basically, after we reopen, the epidemic starts increasing again and eventually the health system will collapse,” Pastore y Piontti says.

The third scenario followed a similar progression—lockdown, followed by a staged reopening—but included enhanced testing and tracing efforts as reopening occurred. The researchers assumed there would be enough testing to catch half of all symptomatic cases within two days of the onset of symptoms, and that those people and all members of their household would be isolated for two weeks.

Within this third scenario, they obtained results for three different levels of contact tracing; tracking down 0, 20, or 40 percent of non-household contacts of sick individuals and isolating those people and their households for two weeks as well.

In the best scenario, with 40 percent of contacts traced and quarantined, along with their households, the curve was flattened and there wasn’t a second surge of infections. About 9 percent of the population was in quarantine at any point in time.

“Even though those numbers don’t seem so high, logistically it’s not that easy,” Pastore y Piontti says. “It’s still better than having everybody stay home, but it’s a lot of people.”

And what about without any contact tracing? “We find that quarantining households of symptomatic individuals alone is not sufficient to substantially change the course of the epidemic,” the researchers wrote.

So we need contact tracing, too. But testing and contact tracing are most effective when case numbers are low, Chinazzi says. That’s why the models all began with a strict lockdown.

“Contact tracing is extremely important at the beginning of an outbreak, when you start having the ability to quickly identify clusters and put the fire down as soon as it starts, in a sense,” Chinazzi says. When case numbers are already out of hand, as they were, and still are, in many parts of the U.S., “you first have to try to reduce the number of circulating cases and transmission, and then you can do contact tracing and case isolation.”

The researchers specify that they did not factor in the effects of mask-wearing and physical distancing measures, which could help reduce the spread of the coronavirus. But their model provides a way to help policymakers make informed choices at a local level, and understand what it will take to bring the epidemic under control.

Related posts:
Tags: and contact control coronavirus do How Just much need of spread testing The to tracing we
SHARE ON SOCIAL MEDIA
RELATED NEWS