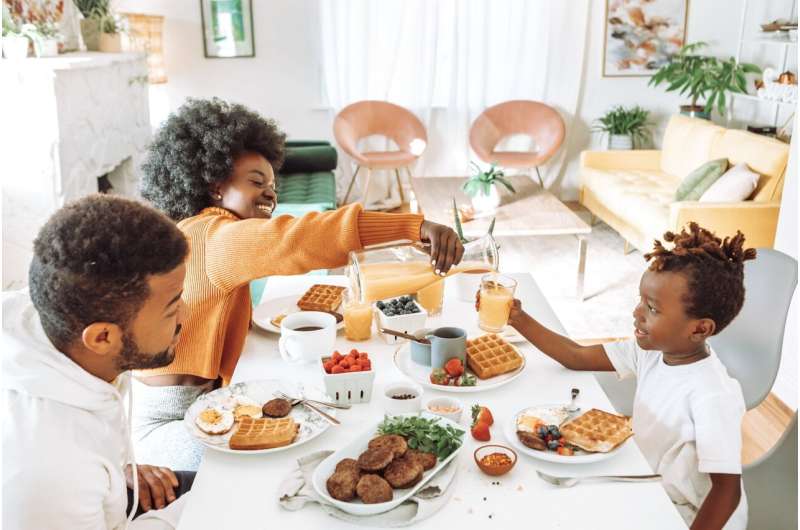 Increased risk of cancer due to a genetic predisposition in first- and second-degree relatives is long-established but has previously only been studied in white or European populations.

Now, a new study published in eLife is the first to demonstrate that the inherited risk of early-onset cancer is significantly higher among Latino and African American families for solid tumors, and Asian/Pacific Islander families for blood-based cancers, compared to non-Latino white families in California.

“Cancer clustering within families, meaning the devastating diagnosis of more than one early-onset cancer within the same family, usually points to a genetic cause. Interestingly, family cancer clustering has only been examined previously at the population level in white, or European origin population studies,” says study author Joseph Wiemels, Ph.D., a member of the Cancer Epidemiology Program at the USC Norris Comprehensive Cancer Center, and professor of Preventive Medicine at the Keck School of Medicine of USC. “In this study, we looked at clustering of cancer cases in young family members in California over the past 30 years within non-white populations and compared it, for the first time, to white populations. We found that family-based cancer clustering occurs more frequently among minority populations.”

Researchers used California population-based health registries to evaluate the relative cancer risk among parents, siblings and children of patients diagnosed with cancer by the age of 26. Between 1989 and 2015, they identified 29,632 early-onset cancer patients and then examined cancer incidence in 62,863 healthy family members. They found that overall, mothers and siblings of those cancer patients had a higher relative risk of early onset cancer. But when they looked at the role of race and ethnicity in genetic predisposition, they found that for patients with solid tumors, the familial cancer risk was significantly higher for Latino and non-Latino Black mothers and siblings compared to non-Latino white families. Asian/Pacific Islanders had a higher familial risk for blood-based cancers compared to non-Latino whites.