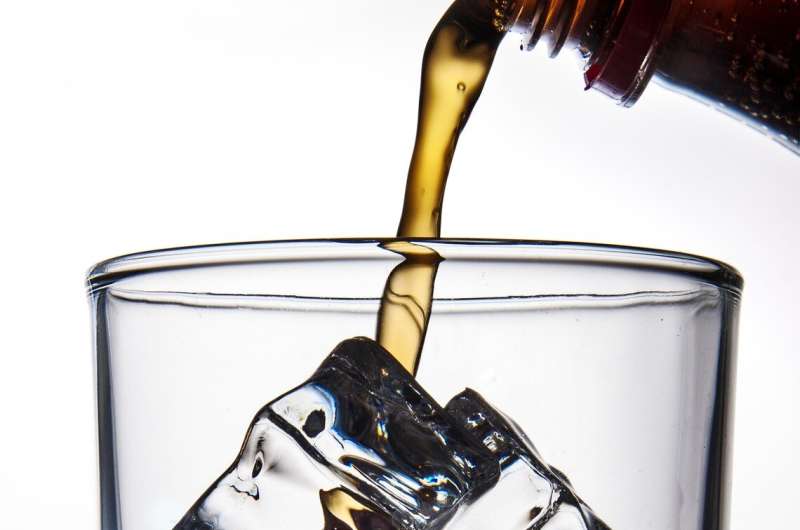 New research from the University at Buffalo suggests that breast cancer patients who drink sugar-sweetened beverages regularly are at increased risk for death from any cause and breast cancer in particular.

Compared to women who never or rarely drank non-diet soda, those who reported drinking non-diet soda five times or more per week had a 62% higher likelihood of dying from any causes, and were 85% more likely to die from breast cancer specifically. The findings were published online ahead of print March 2 in Cancer Epidemiology, Biomarkers & Prevention, a journal of the American Association for Cancer Research.

Research on soda and breast cancer is fairly new, says study first author Nadia Koyratty, a Ph.D. candidate in the Department of Epidemiology and Environmental Health in UB’s School of Public Health and Health Professions. Because breast cancer is so common, recommendations regarding lifestyle choices to breast cancer survivors are of considerable importance. And, despite the negative health outcomes associated with drinking soda, such as weight gain, Type 2 diabetes and cardiovascular disease, many people continue to drink sugar-sweetened sodas.

There have been only a few observational studies examining the association between sugar-sweetened beverages and cancer mortality. “This study is one of the few that looks at the prognosis of women with breast cancer with respect to non-diet soda consumption,” Koyratty says.

Researchers assessed the relationship between sugar-sweetened soda and both all-cause and breast cancer mortality among 927 women who had been diagnosed with breast cancer, aged 35 to 79. Participants were enrolled in the Western New York Exposures and Breast Cancer (WEB) Study, and followed for a median of nearly 19 years.

The study used a food frequency questionnaire to assess participants’ food and beverage intake in the 12 to 24 months prior to diagnosis of breast cancer. Of the more than 900 women diagnosed with breast cancer, 41% had died by the end of the follow-up period. Among the participants who had died, there was a higher percentage of women who reported high frequency of sugar-sweetened soda consumption compared to the women who were still living.

The associations did not change when researchers included diet soda consumption as a variable.

Why the focus on non-diet soda?

“Non-diet sodas are the highest contributors of sugar and extra calories to the diet, but they do not bring anything else that is nutritionally beneficial,” Koyratty explains. “On the other hand, teas, coffees and 100% fruit juices, unless sugars are added, are healthier beverage options because they do add to the nutritive value through antioxidants and vitamins.”

Sugar-sweetened sodas contain large quantities of sucrose and fructose, which give them the highest glycemic load compared to other foods or beverages. These higher concentrations of glucose and insulin may lead to conditions that have been associated with higher risk of breast cancer, the researchers note.

“There are more than 3.5 million breast cancer survivors alive in the U.S. today. We need to better understand the factors that affect their health,” said study senior author Jo L. Freudenheim, Ph.D., SUNY Distinguished Professor in the Department of Epidemiology and Environmental Health in UB’s School of Public Health and Health Professions.

When will this COVID wave be over? Four numbers to keep an eye on and why