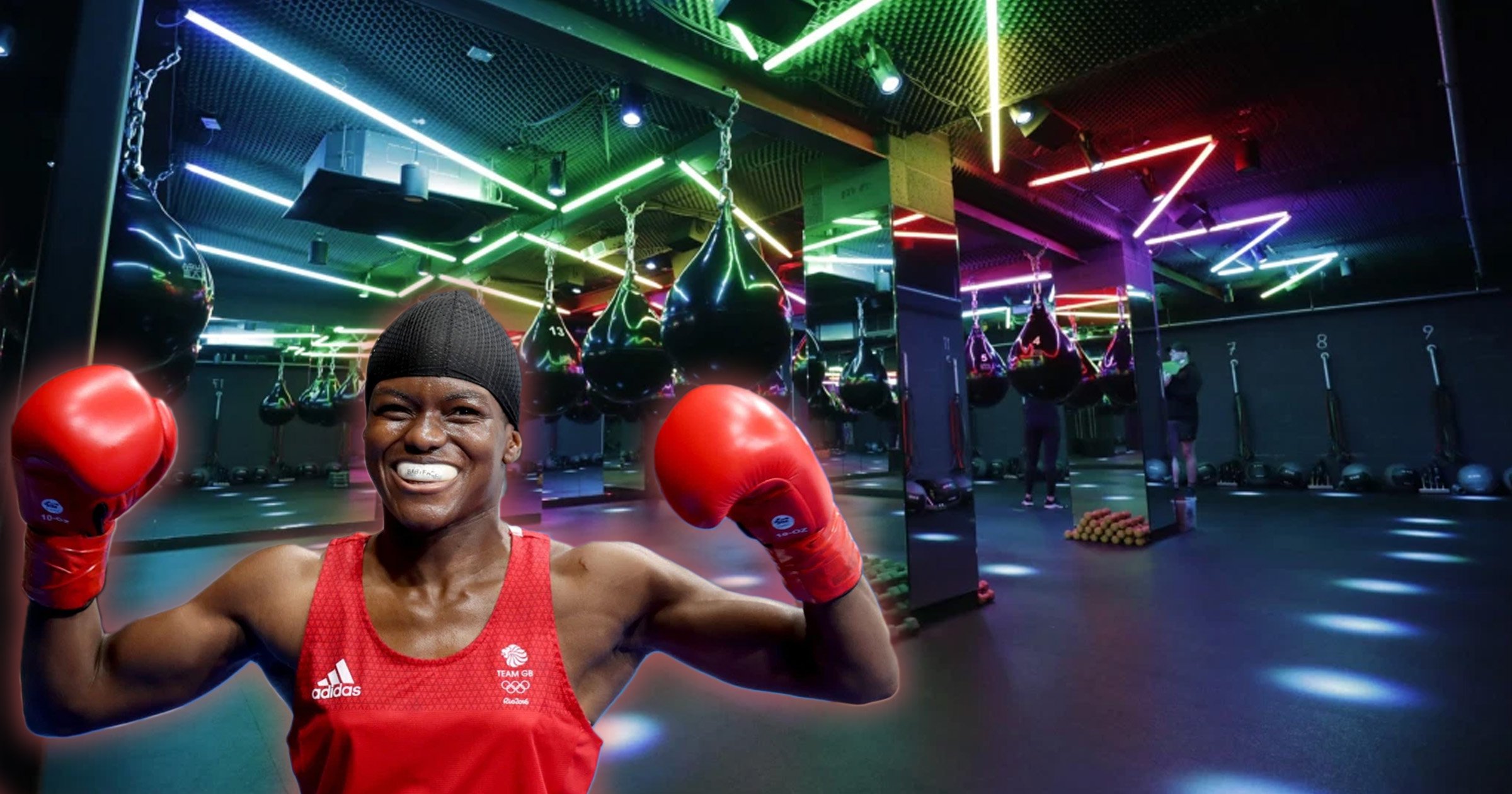 Ever since Britain’s Nicola Adams won gold at the London 2012 Olympics, women’s boxing has been on the rise.

The sport used to be dominated by men in ‘spit and sawdust’ gyms, but in 2015, KOBOX launched a venue that took authentic training and placed it in a nightclub-esque studio.

This completely transformed the mentality around the sport.

They now have four sites with 85,000 members and 75% of them are female – that’s over 63,000 women getting to grips with the jab, cross and hook fundamentals.

‘We have had a female-led client base since we opened because we offer a safe, fun environment for people who may have been too scared to take a boxing class. We keep it simple, but effective, and almost all of our clients will grasp the basics of boxing and improve very quickly.

‘We’ve taken the fundamentals of a sport most people wouldn’t be confident enough to take on and built it into an enjoyable workout.’ KOBOX paved the way for other studios to launch and soon the likes of David Lloyd Clubs, Virgin Active, Third Space and Fitness First also had boxing and boxing-fusion classes on their schedules.

Fitness booking platform ClassPass saw a whopping 250% increase in the number of reservations for combat-style classes from 2017-2018 and then listed in-studio boxing as one of the top ten classes people were returning to after the pandemic.

So what’s all the fuss about? Boxing is a full-body workout that can easily burn as many as 500 calories per session, and due to it being a form of high-intensity training, that calorie burn can continue for hours after the session has ended.

Strength-wise, there’s a misconception that boxing is just an upper-body workout. In order to generate force and power in your punches, your entire body is engaged and you’re working the muscles in your shoulders, arms, chest, back, core, glutes, hips and legs.

Not only that, but boxing improves balance, helps with posture, boosts endurance and can help improve hand-eye coordination.

‘Boxing has many benefits,’ says KOBOX trainer, Aidan Swietochowski. ’It’s great for improving cardiovascular health and a strong heart is a healthy heart. Moving around the bag, staying light on your feet and transferring power from your body into your punches will ensure your stamina is in top shape, too. It can also sculpt the body as it forces all of your muscles to engage, from shoulders to calves and your midsection.

‘It’s a high-intensity sport that will raise both your heart rate and improve your aerobic capabilities. When combined with a good diet, boxing can help you reach your goals. However, contrary to appearances, boxing isn’t just about punching things.

‘It requires coordination, agility and strength. From hand-eye coordination to footwork, boxing also engages your brain, and this can help you in all areas of life, from the gym to the dancefloor.’

It’s also not just physical benefits that boxing can give you. ‘It’s a great stress reliever,’ adds Aidan.

‘It’s been a tough year so what better way to get your frustrations out. Boxing allows you to get aggression out in a controlled environment and, as most people know, all exercise releases serotonin and dopamine, two of the key hormones that make us feel good. Finally, whether it’s feeling more confident because you are fitter and stronger, or because you have learnt a new skill, learning to box is a great self-esteem boost.’

Because of the stereotype that boxing is only for boys and with more and more girls dropping out of sports every day, the Girls In Gloves (GIG) initiative was set up a few years ago.

It has three main goals: to introduce female boxing into schools, to increase female participation in boxing and to increase opportunities for female boxers within the sport.

‘The number of female boxers is very low throughout the country,’ says Dave Rimmer, founder of GIG.

‘We aim to make it more easily accessible to girls of all ages, whether they want to do it for fitness, confidence, make new friends or compete. Our School Boxing Programme has already been very successful and we now have four to five schools signed up, delivering sessions to nearly 100 girls each week (not including those that already attended the club). When we launched a sparring camp in Liverpool, we had 100 women register and looked at the possibility of rolling these programmes out nationally pre-Covid.

‘Boxing was seen as a man’s sport for so many years, but thankfully these outdated views are going away and over the last few years we’ve seen a big uptake of women taking up the sport.’

Great Britain’s female athletes have won several Olympic boxing medals, so if you’re feeling inspired, what are you waiting for?

Try these boxing gyms to get started.

This boutique studio and online fitness platform specialises in Cross Discipline Training. It opened in 2016 and now has two studios in London (Shoreditch and Clapton) and one in Manchester.

They offer Boxing 60 (mins) which is designed to help you develop and perfect the fundamentals of boxing with one-to-one coaching on footwork, shadow boxing and defensive drills, while BoxCon 50 combines techniques, with bag sequences, bodyweight drills and resistance exercises.

Endorsed by Anthony Joshua, this high-end boxing gym, launched in January 2017 in Marylebone, London and has since opened sites in Bishopsgate, Battersea and Canary Wharf.

The private members’ gym has boxing discipline at its core with coaches, ex-champions and current professional fighters as trainers.

It also has pay-to-train studios called Sweat by BRX (Marylebone and Canary Wharf) where you’ll find a selection of classes.

Since its inception in 2015, 1Rebel has gone on to launch nine studios across London, plus the Middle East and Australia. Book in for one of four sessions: Reshape (strength and conditioning), Ride (spin), RIG (circuit training) and Rumble (boxing).

The Rumble rooms can be found at Oxford Circus and Broadgate sites and are kitted out with aqua bags, which are kinder on joints. Choose from 45min sessions of speed and conditioning or strength and power.

Now with 11 studios across London, Gymbx launched in 2003 and was created for those who wanted to think outside the box when it comes to fitness. It has Olympic-sized boxing rings in all of its clubs and offers a GymBoxing class in the rings.

There’s no sparring (that’s in another class), but you will practice punch combinations on pads with a partner. There’s also some speed work and abs thrown in for good measure.

Membership from £84 per month, gymbox.com

Launched in 2015, this studio has a real focus on learning the foundations of boxing with locations at Chelsea, Marylebone, Waterloo and The City.

Offering a 50min high-intensity class in a nightclub environment of neon lights and pulsating music, the class is broken into two parts.

First, you’ll complete signature punch combinations which are projected on the walls, then move onto functional training exercises to ensure a full body workout.

How to get your Metro newspaper fix

Metro newspaper is still available for you to pick up every weekday morning or you can download our app for all your favourite news, features, puzzles… and the exclusive evening edition!