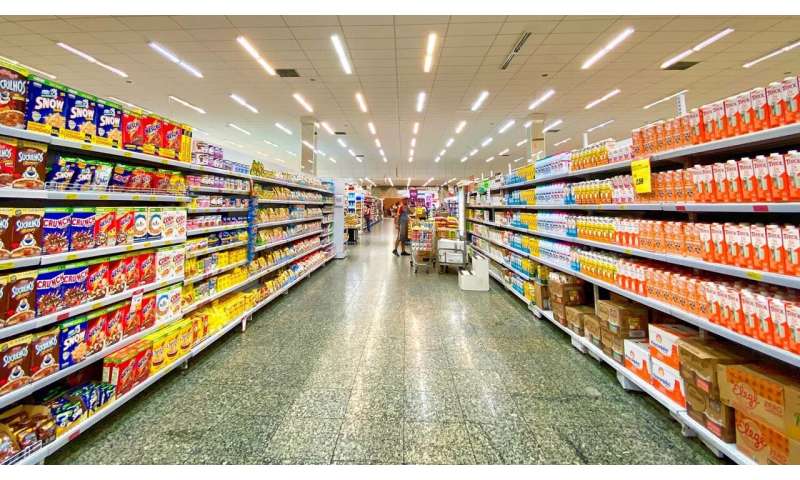 A new study analyzing 16 years of data on tens of thousands of products finds that the adoption of nutrition data on “front of package” (FOP) labels is associated with improved nutritional content of those foods and their competitors.

“We wanted to know whether food companies were responding to increased public interest in healthier food,” says Rishika Rishika, co-author of the study and an associate professor of marketing in North Carolina State University’s Poole College of Management. “In other words, is the market driving change in the nutrition of food products? And the evidence suggest that this is exactly what’s happening.”

For this study, the researchers evaluated nutritional data on 44 categories of food products from 1996 through 2011. Altogether, the researchers looked at data on 21,096 products, representing 9,083 brands, covering everything from energy bars to soup.

Specifically, the researchers evaluated whether there was any impact when products adopted the “Facts Up Front” style FOP nutrition labels. Facts Up Front is a voluntary nutrition labeling program adopted by the food industry. Manufacturers participating in the program list the calories, saturated fat, sugar and sodium per serving size of their food products on relatively large FOP labels. The products still carry the mandated nutritional information panels on the back of the packages.

To determine whether the voluntary FOP program had influenced the nutritional content of food products, the researchers looked specifically at two things. For food categories in which at least one product had adopted the FOP labeling, the researchers evaluated differences in the nutritional quality of all products in the category both before and after any products adopted the FOP labels. These differences were also compared with food categories in which no products adopted labeling and that served as control groups.

The researchers calculated a product’s nutritional content using the Nutrient Profiling model, which includes a host of nutrients, such as sugar, fat, sodium, protein and fiber.

The results showed a clear association between FOP labeling and changes in the nutritional content of food products. And there were five factors that were associated with the presence of FOP labels having a greater impact on nutrition:

The researchers also found that there were pronounced changes in the content of nutrients that were singled out by the “Facts Up Front” FOP program.

“We had hypothesized that when nutritional information is clearly marked on the front of the package, that consumers would be more likely to consider it when deciding what to buy,” Rishika says. “This would, in turn, cause competitive pressure on other brands in that category to innovate and improve the nutritional quality of their products.

The researchers had a few takeaway messages.

“For consumers, we found that the presence of a Facts Up Front FOP label on a package generally meant that the product had a better nutritional profile than competing products that didn’t have an FOP label,” Rishika says.

More broadly, the findings suggest that voluntary, highly visible nutritional labeling can be an effective tool for encouraging change on an industry level.