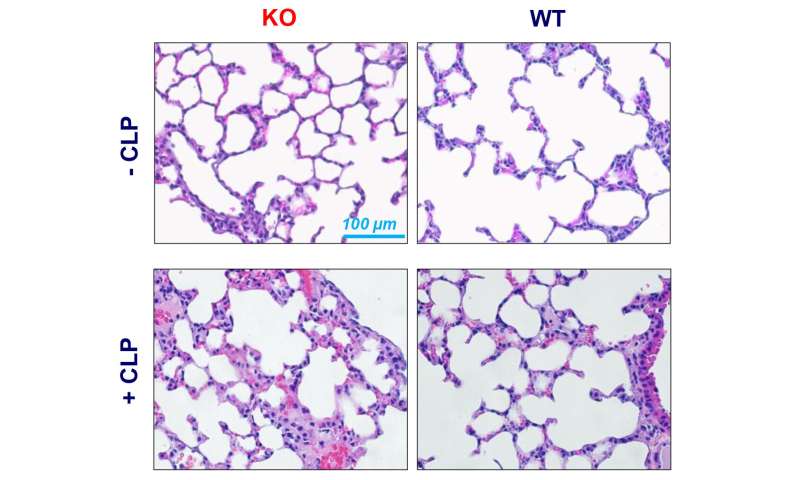 Sepsis is a life-threatening illness caused by the human body’s immune response to infection, however if the body overreacts it can lead to death. Nearly 270,000 deaths occur in the United States annually related to sepsis.

The Feinstein Institutes for Medical Research scientists have discovered the development of novel antibody strategy to effectively prevent the association between a harmless protein and a disease mediator that could lead to sepsis death. The research, led by Haichao Wang, Ph.D., professor in the Institute of Molecular Medicine at Feinstein, published today in the journal Science Translational Medicine.

In 1999, Feinstein Institutes’ researchers discovered an important mediator of lethal sepsis termed as the “high mobility group box 1” (HMGB1) protein. Investigators then began to study another protein called “tetranectin” (TN) that turns HMGB1 into a killer of the body’s immune cells. This transformation induces cell death (pyroptosis) and immunosuppression, impairing the body’s ability to eradicate microbial infections and leads to death.

“We were able to identify and observe this unique interaction between two proteins that ultimately lead to the body’s innate immune cell depletion and lethal consequences,” said Dr. Wang. “By developing protective antibodies, we hope to commercialize and further assess their therapeutic potential in fighting sepsis.”

The research is particularly timely, as the development of these novel antibodies could be used to prevent sepsis induced by COVID-19, commonly known as the coronavirus, and other lethal pathogens.