You are here:
Home / Health News / Creating a mouse model of a rare but fatal skin cancer, a scientific discovery 10 years in the making

Creating a mouse model of a rare but fatal skin cancer, a scientific discovery 10 years in the making 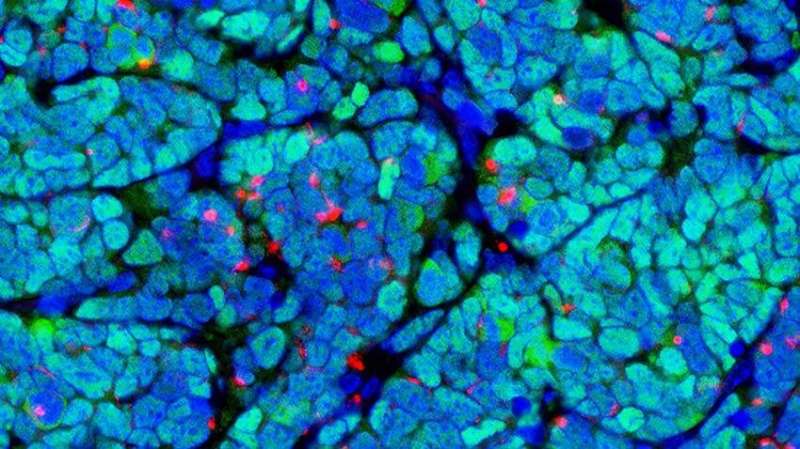 A team of researchers at the University of Michigan Rogel Cancer Center were the first to generate a bona fide mouse model of a Merkel cell carcinoma, a rare and potentially aggressive form of skin cancer. The study outlining these results appeared in the Journal of Clinical Investigation.

Scientists have been working to make a mouse model of this tumor to better understand the disease biology to support preclinical testing of novel drugs, but no one before has been successful. A Merkel cell polyomavirus is believed to cause about 80% of these tumors, but researchers have been unable to definitively show this in vivo.

“We’ve been working on this for 10 years,” said Monique Verhaegen, Ph.D., research assistant professor of dermatology at Michigan Medicine. “Finally, we were the first group to generate an adult mouse model that develops Merkel cell carcinoma tumors that mimic the human tumors in many ways.”

One of the roadblocks to this discovery lay in the cell of origin for Merkel cell carcinoma. “Nobody knows what it is, so we didn’t know what cell to manipulate to see if it could grow into a tumor,” Verhaegen explained.

“Because we didn’t know which cells were needed to express the viral proteins, it took us several years to come up with a novel way to model cancer when the cell of origin is unknown,” she continued. “We utilized a tool to reprogram epidermal skin cells into the correct cellular lineage using a specific transcription factor.” At the same time, the team expressed the viral T antigen proteins, which they believed would drive tumor growth.

“When we did that, we got microscopic tumors that resembled human tumors and had many of the markers associated with the human tumor,” Verhaegen said. ”But they never expanded into a tumor you could see on the skin.”

This changed when the team, led by Verhaegen and Andrzej Dlugosz, M.D., discovers one more piece to the puzzle: the deletion of the tumor suppressor p53 alongside the expression the viral proteins. This finally led to a full-blown tumor in a mouse model, one that was visible on the skin and mimicked human Merkel cell carcinoma at the histological, marker expression and transcriptomic levels. “When we saw that, we knew we had a real tumor,” Verhaegen said.

“It took us 10 years of a methodical, step by step process to figure out how the viral proteins, lineage-specific transcription factor and deleted tumor suppressor p53 all work in harmony,” Verhaegen said. “We had to keep coming up with new ways to look at the problem. The result of making this mouse model is really making something that’s going to lead to better resources and outcomes for patients.”

While the significance of growing a tumor on a mouse might be difficult to grasp, Verhaegen says these kinds of discoveries are integral to the development and testing of novel therapies.